June 2022 Photo competition, Statues and other pieces of Art or 'art' that decorate fountains, streets, squares or the middle of a roundabout

This month's photo competition theme is Statues and other pieces of Art or 'art' that decorate fountains, streets, squares or the middle of a roundabout.
You can post up to three photos of the same piece of art or of the same series of statues if they are a group.

In Lille, France, there is a series of statues that look like they are there for a short term. They are called Moss people as a group and each has its own name. For the photos I have selected the Philosopher and the Doctor. And added a view of the street with more of the Moss people.
More information from this site (PDF):

Kim Simonsson, Moss People LA RAMBLA (RUE FAIDHERBE), LILLE - 14 May > 02 October 2022 Born in Finland in 1974, Kim Simonsson graduated from the School of Arts, Design and Architecture in Helsinki. He lives and works in Fiskars, Finland. His sculptures evoke an imaginary world, often populated by fairy-like figures from Nordic tales in which small characters are gradually transformed into parts of the plant world. For Utopia, the Moss People are wanderers from the Nordic forests. They are gatherers wearing cauliflower shoes and headgear for some to protect them from the elements. The Moss People communicate with the primordial universal sign language they have created together. Like migratory birds, they move from one place to another, each with a purpose to find their sign. Through a narrative that weaves between the real world and the supernatural, the ten elves draw us into the heart of the Taiga, those dense northern forests rich in tales of the imagination. 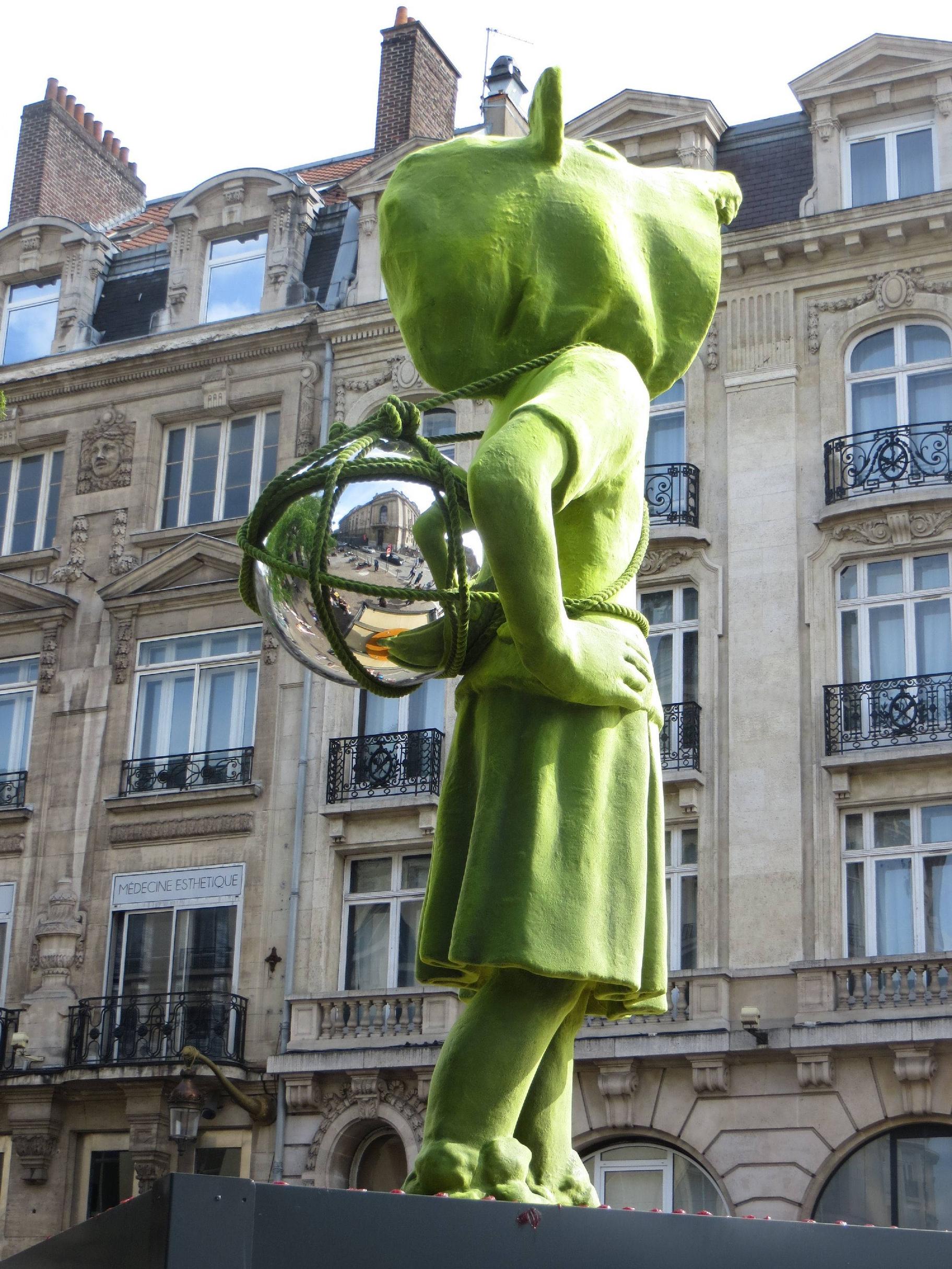 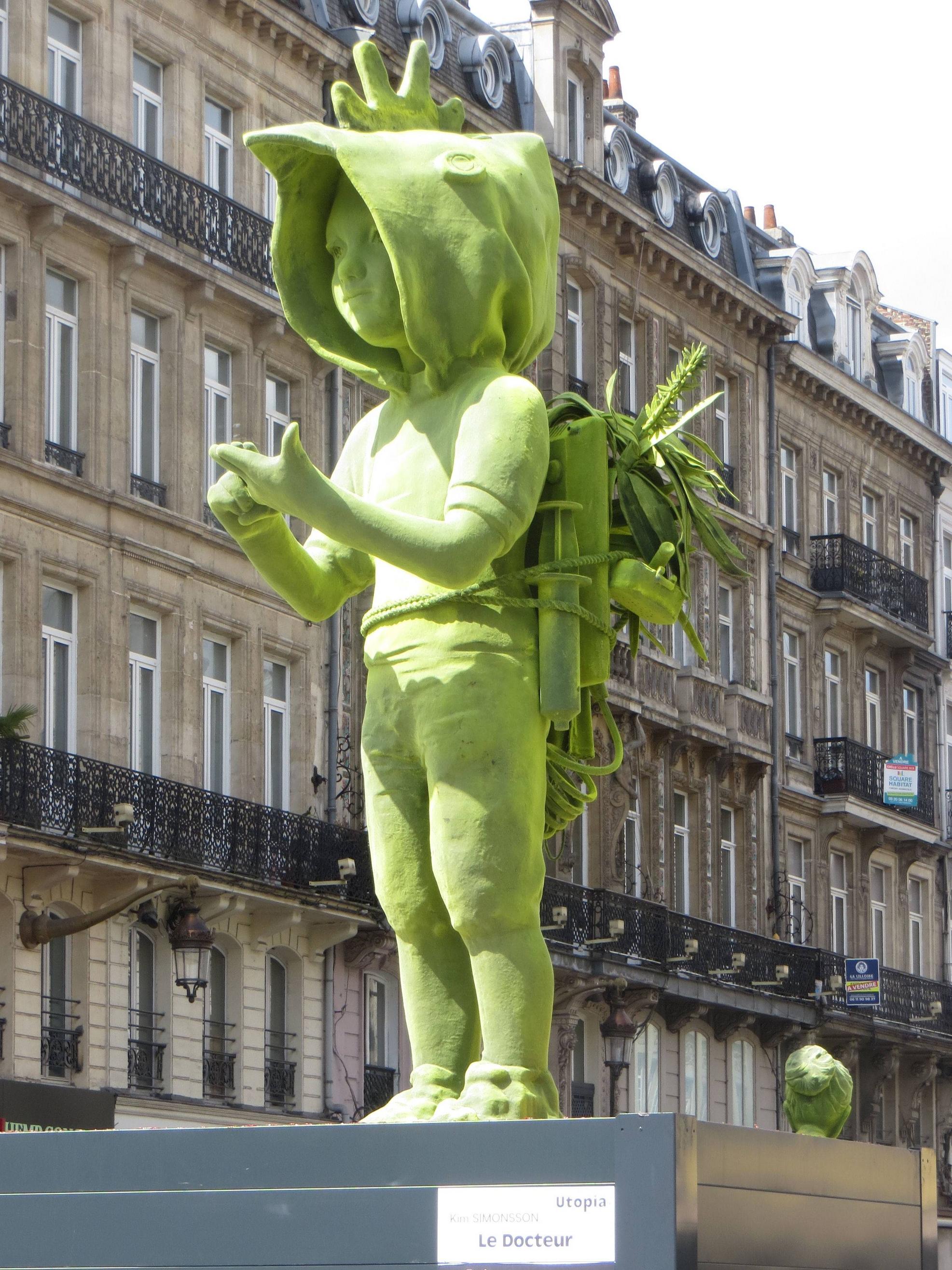 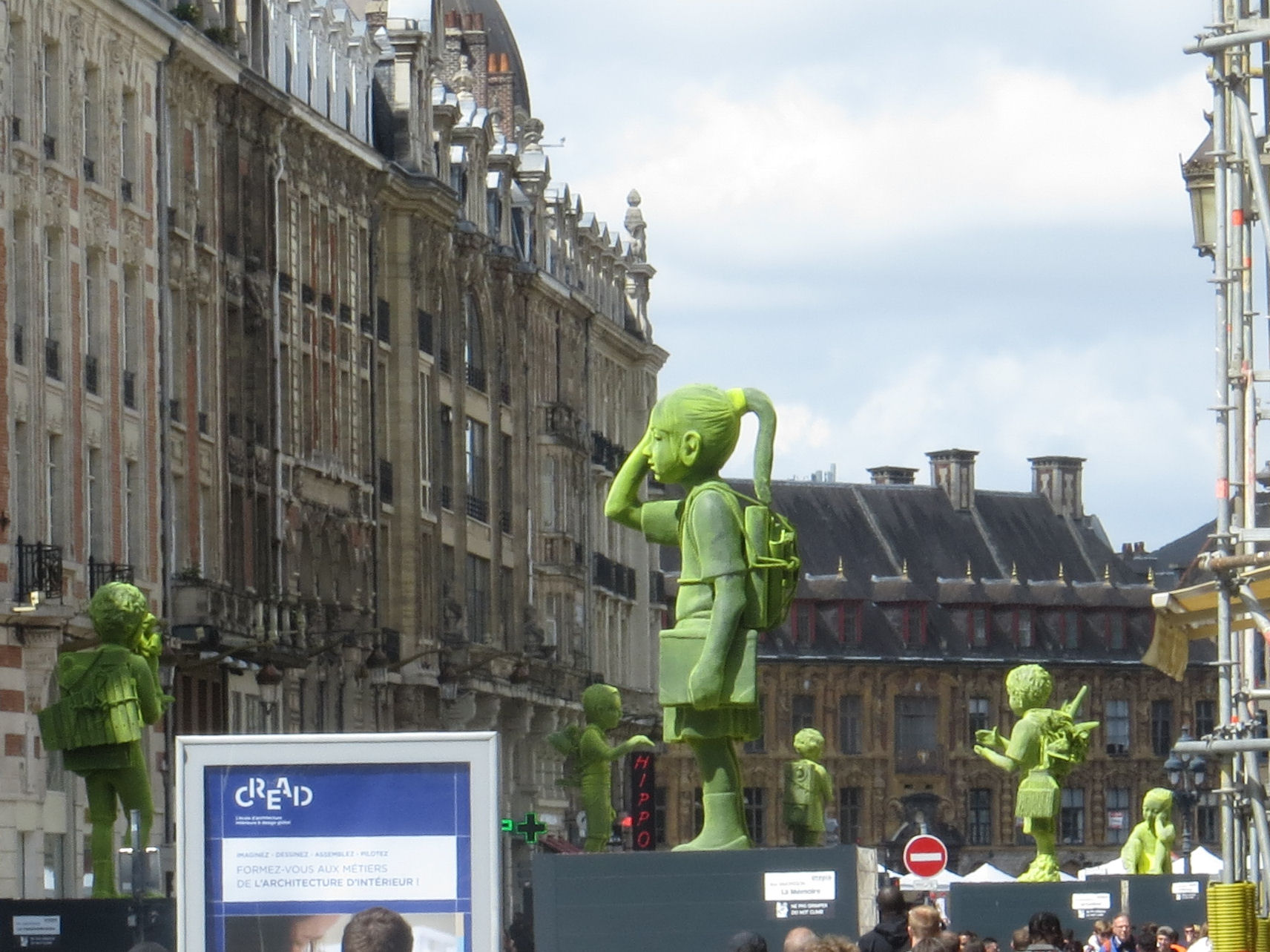 This masterpiece of Socialist Realism is located in Hang Dau Garden, Hanoi (Vietnam). Over-exposed photos by me, January 2019. 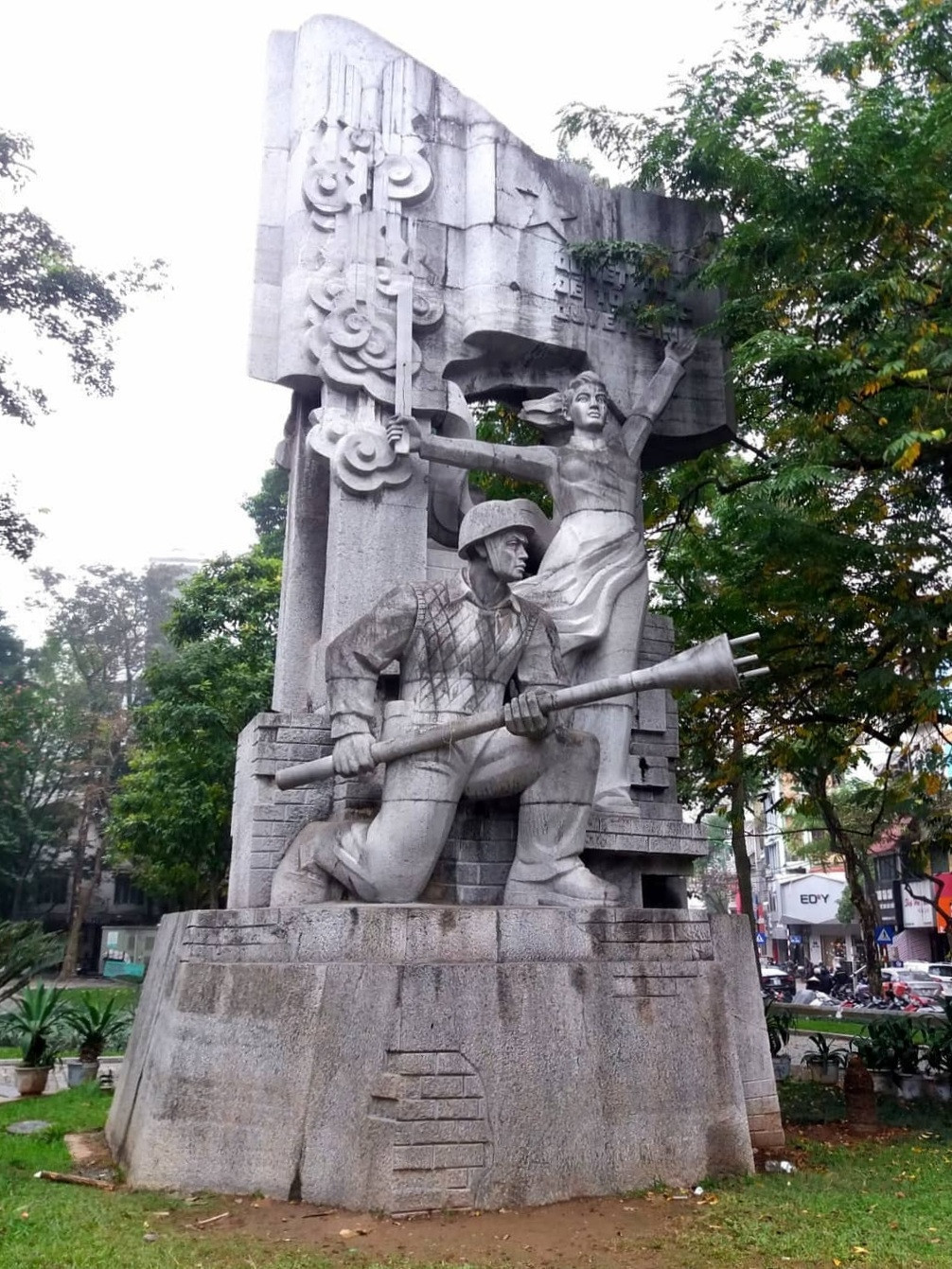 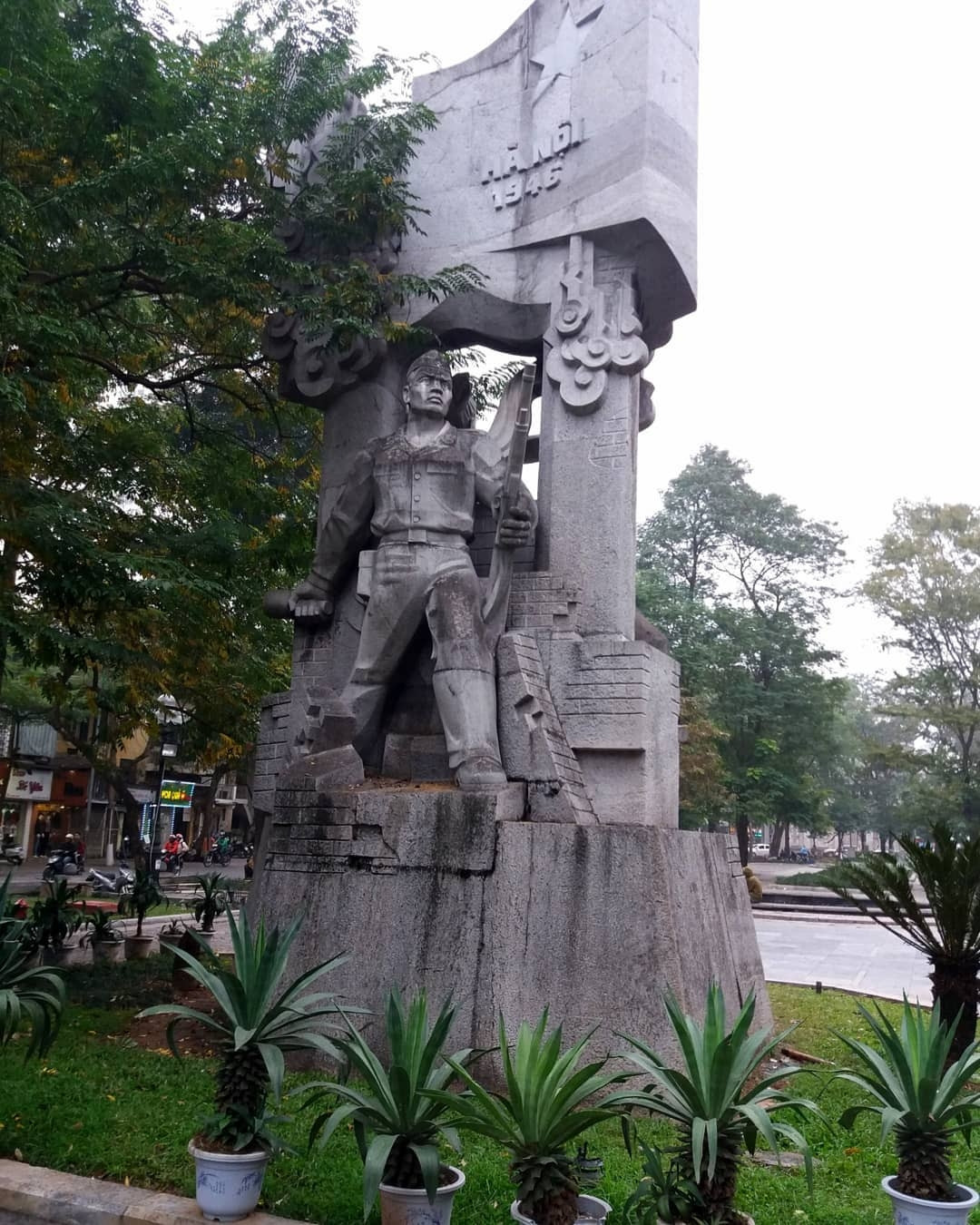 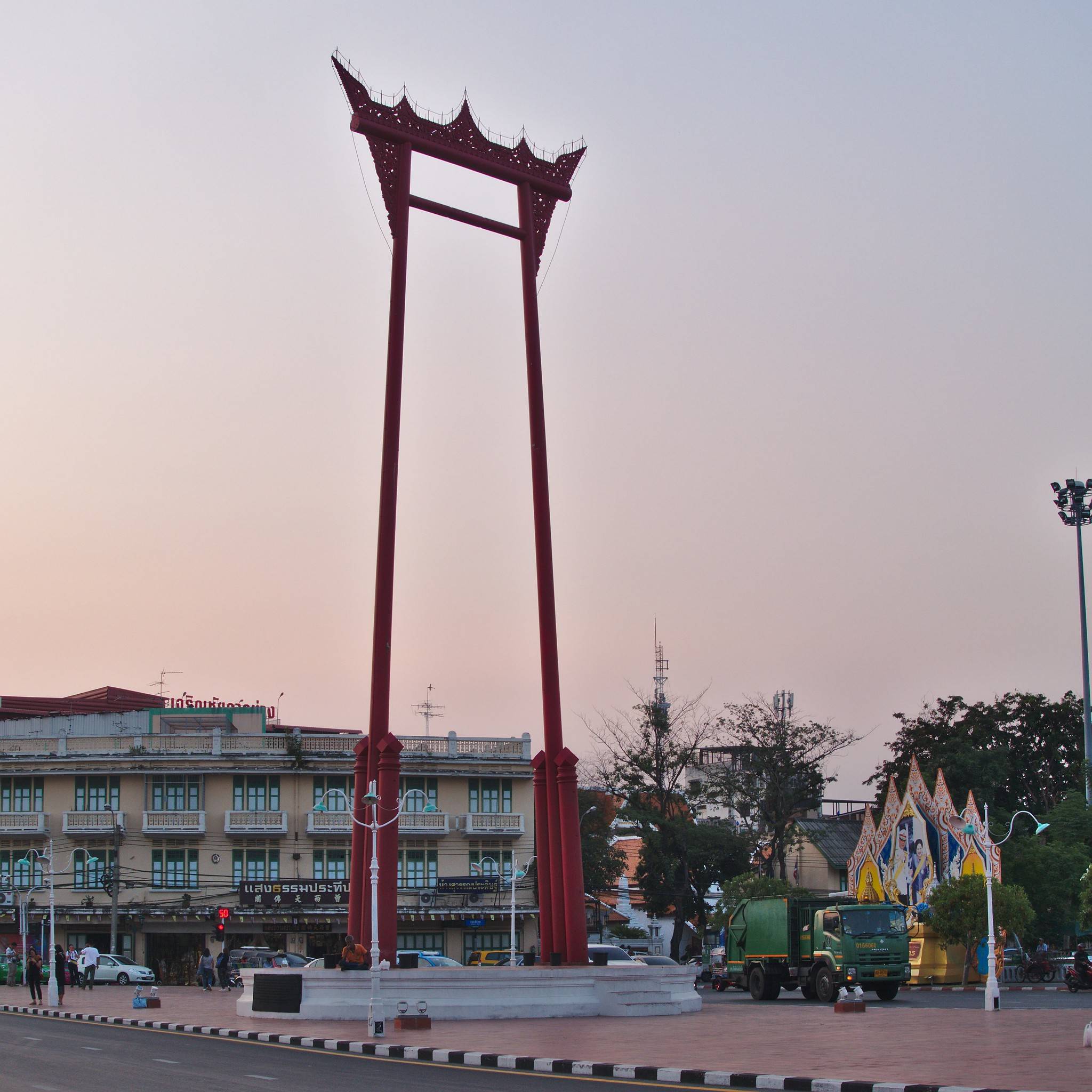 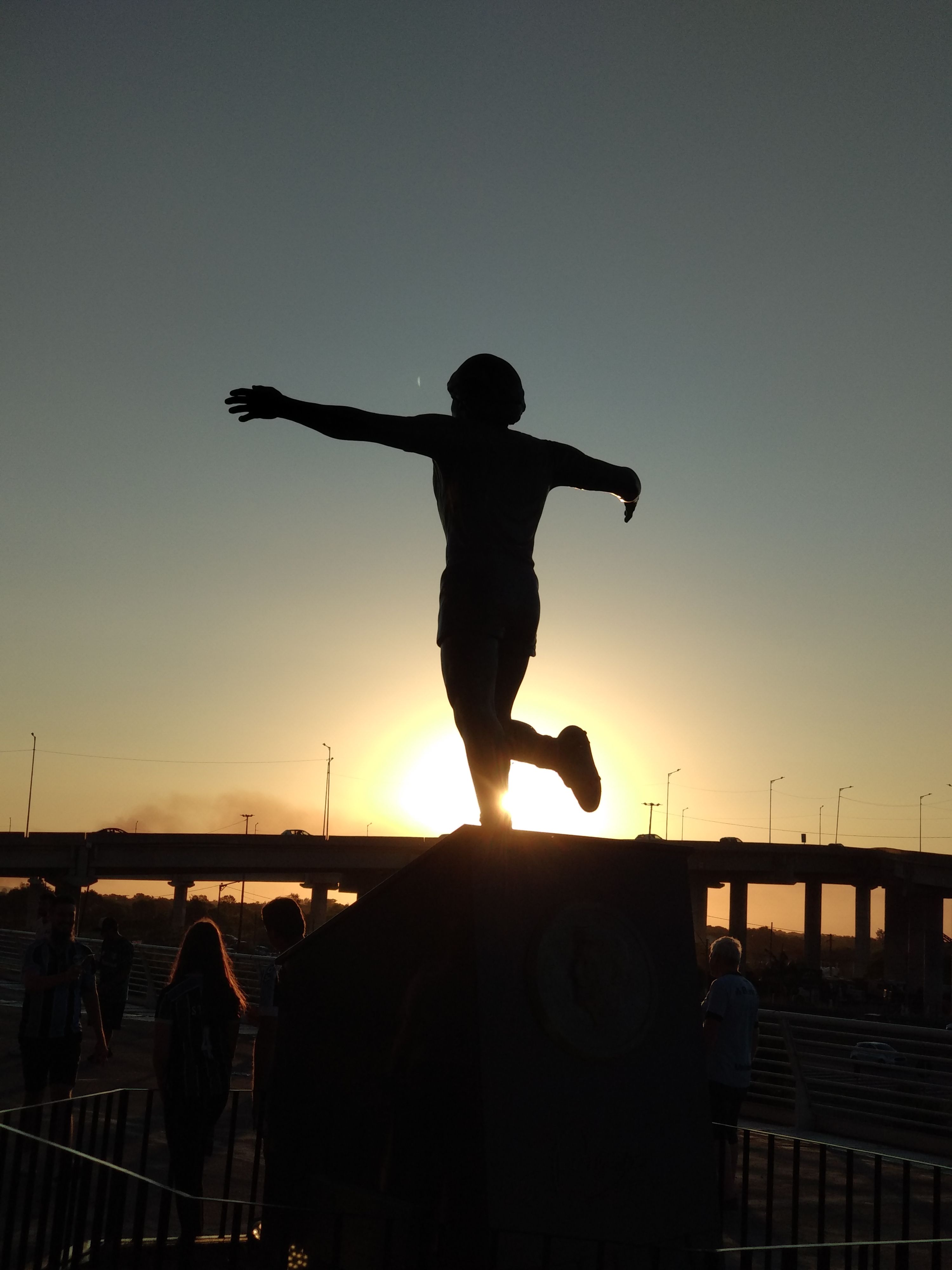 This is a statue for Renato Gaucho, a brazilian soccer Player for his accomplishments as both a soccer player and manager. The statue is located in Gremio's stadium , one of the teams he played during his career.

Since he was famous for having scored important goals, I took this picture in February 2022 in an angle where he was (supposedly) about to kick the Sun. 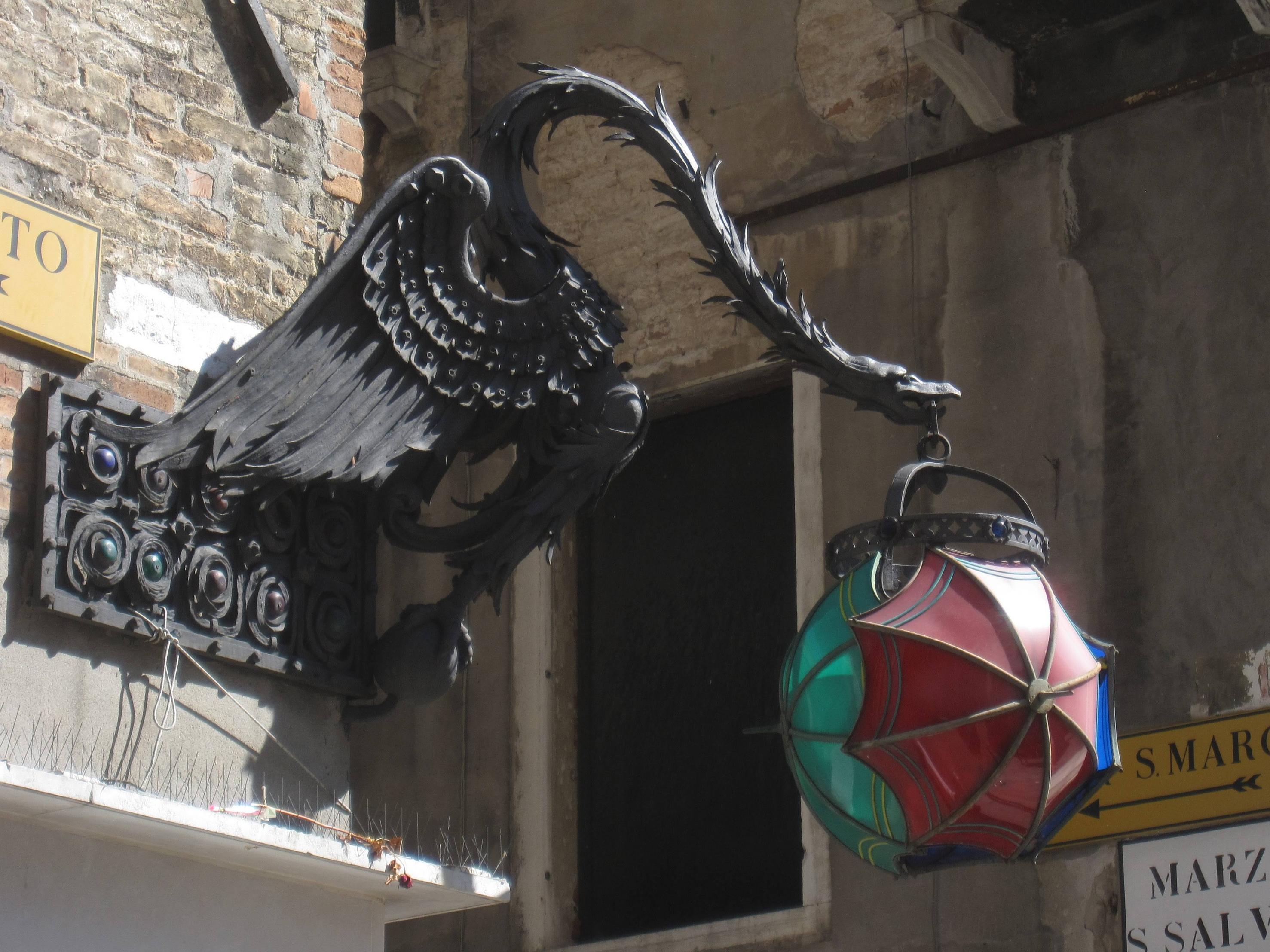 In Maranello, everything is Ferrari. Even the roundabouts 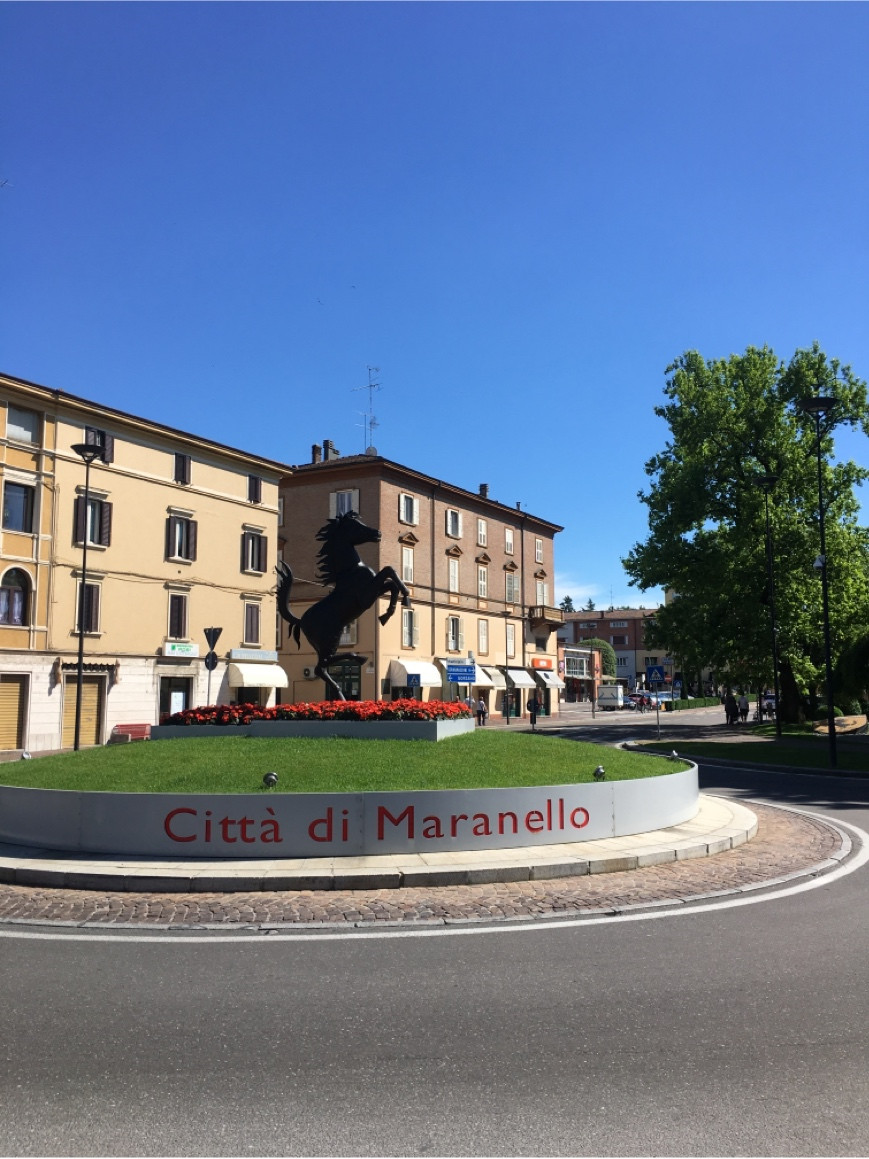 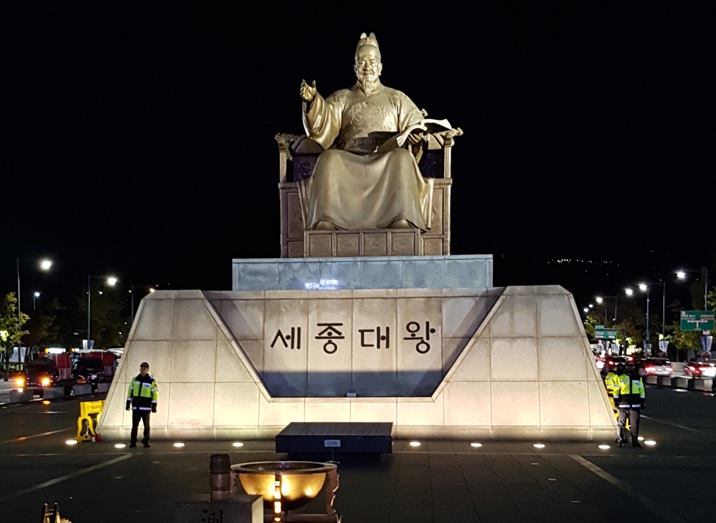 This is a statue of King Sejon in the center of Gwanghwamun Plaza. This area is the heart of Seoul, South Korea. It has been the site of many massive and peaceful protests as well as celebrations and fun events. Photo taken early 2017. 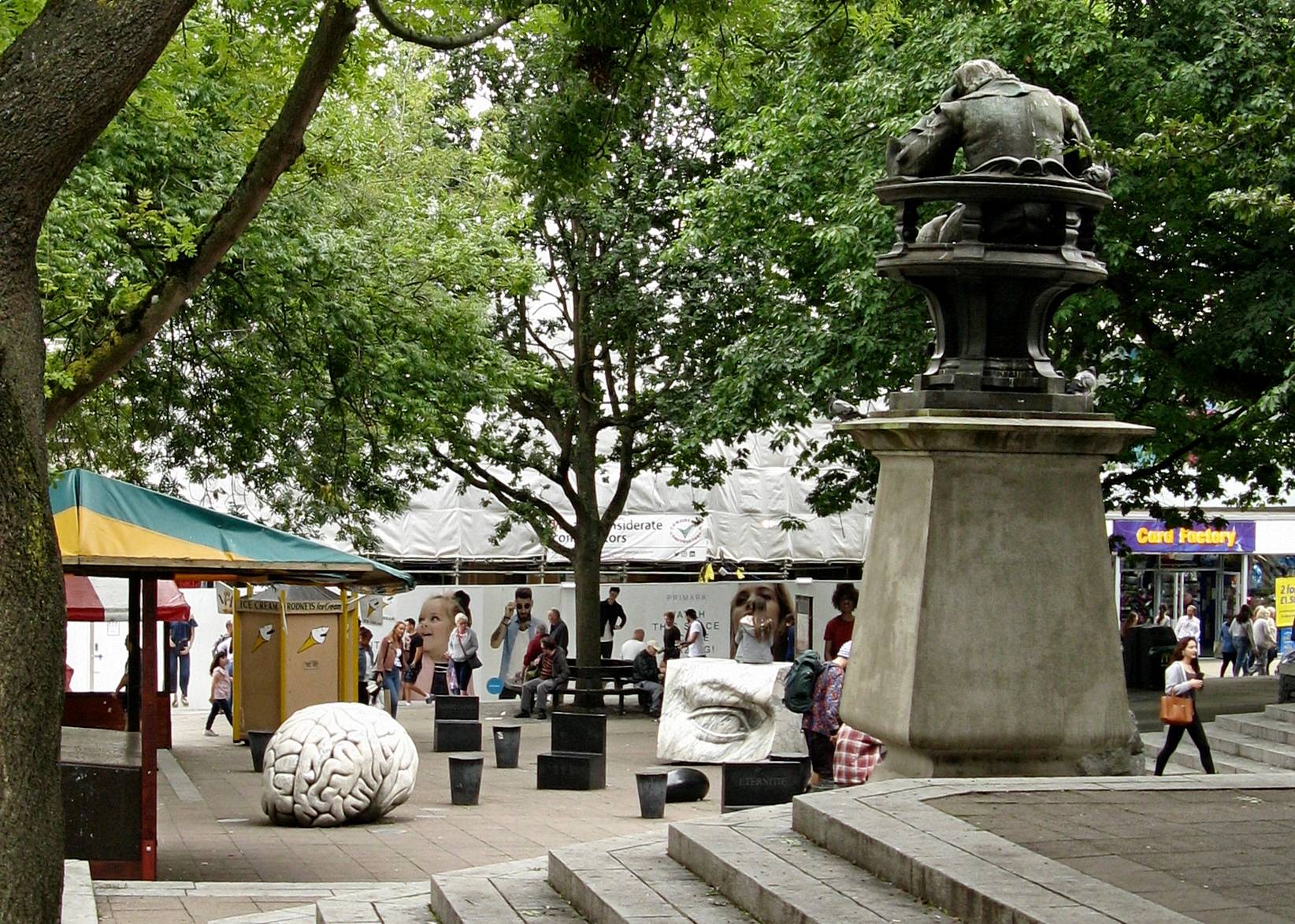 I liked this because of the old overlooking the new, and the mixture of real people with images of people. Taken by me in Norwich, UK in August 2018.

This metal loop sits in the middle of a roundabout, is shows rather different faces depending on which angle you approach it. 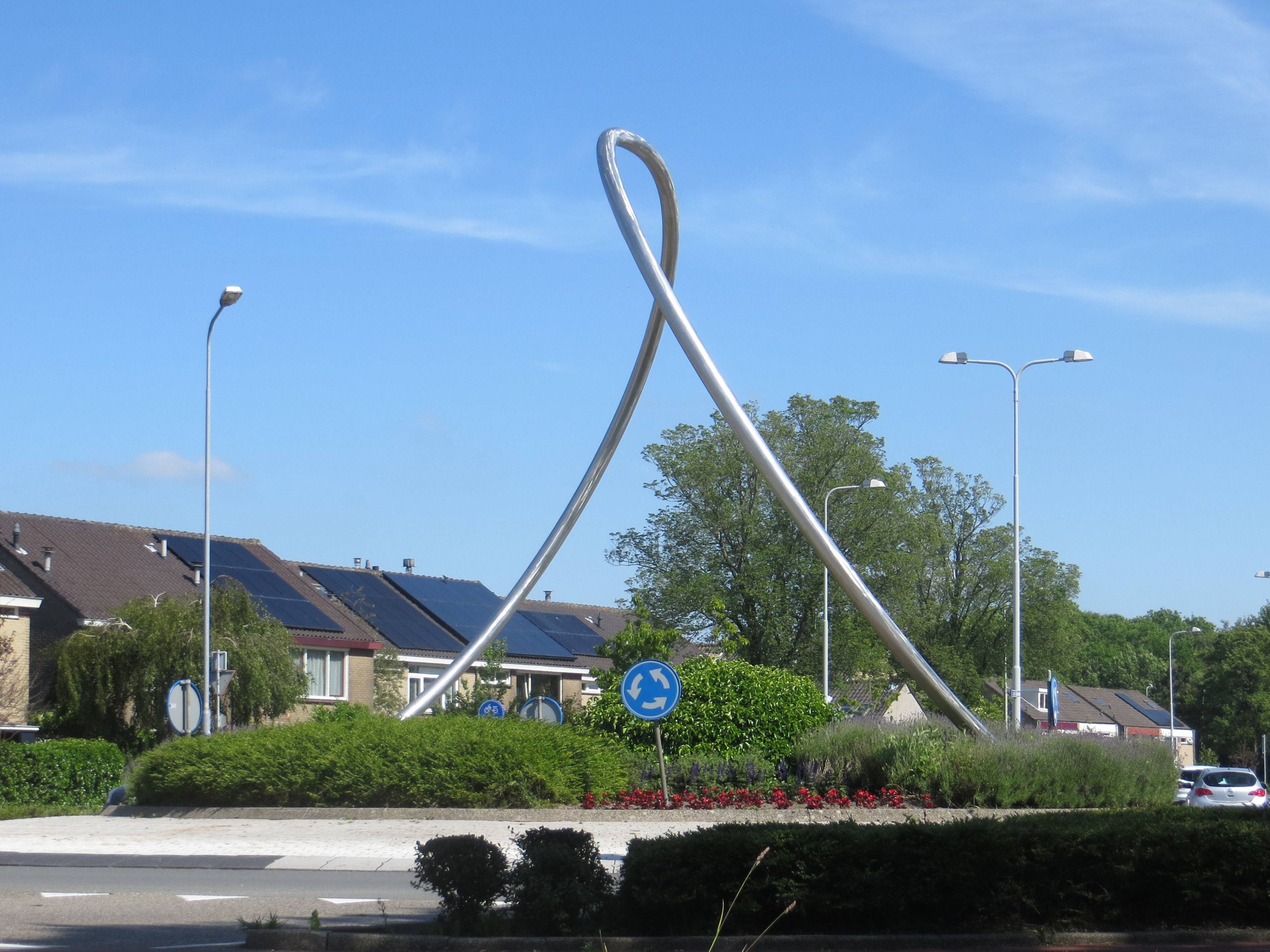 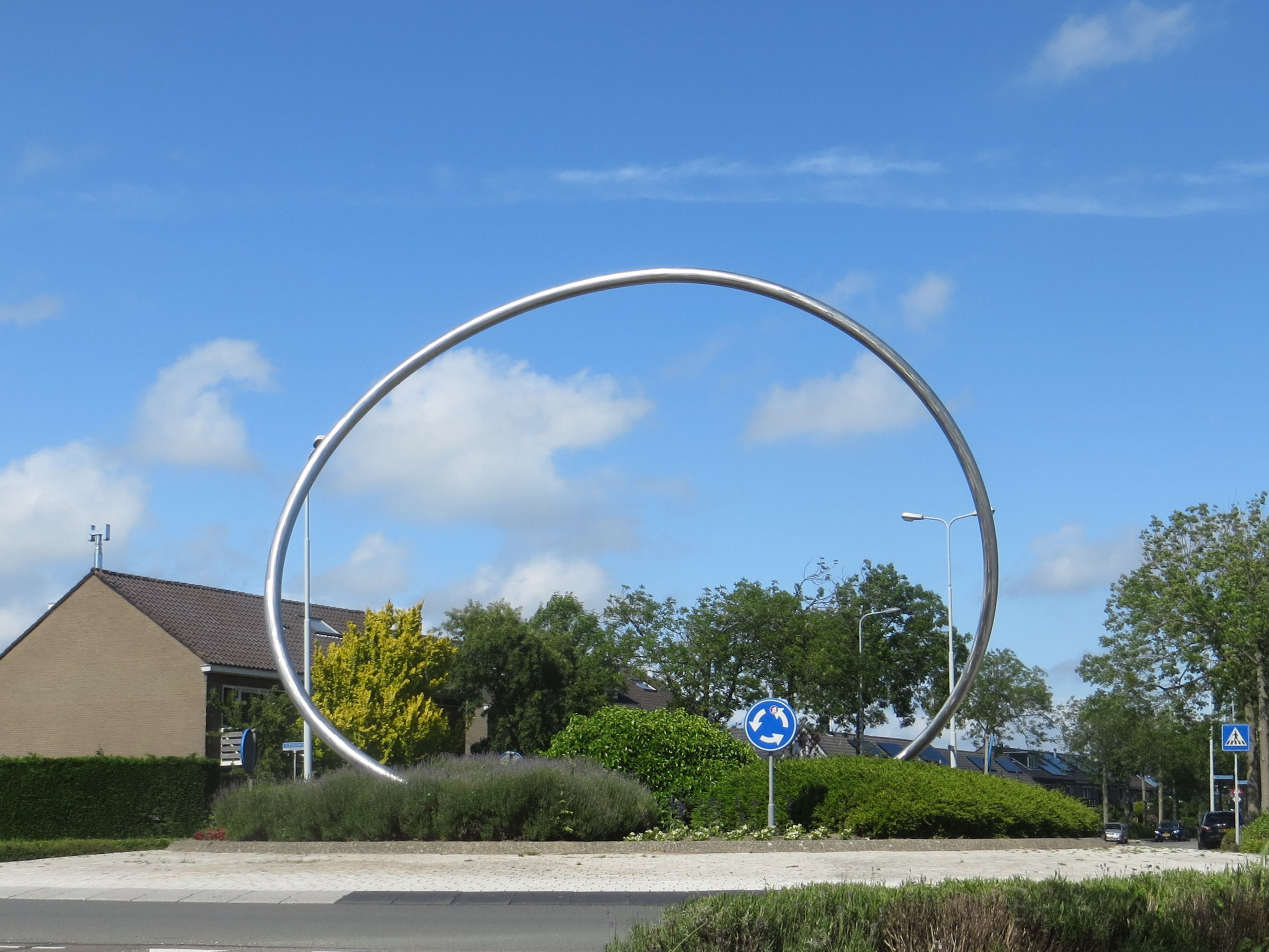 This piece of 'art' or Art is situated on the crossing of de Jan van Kuikweg and De Baandert, Heemskerk. Here is a link to the location on Google maps. 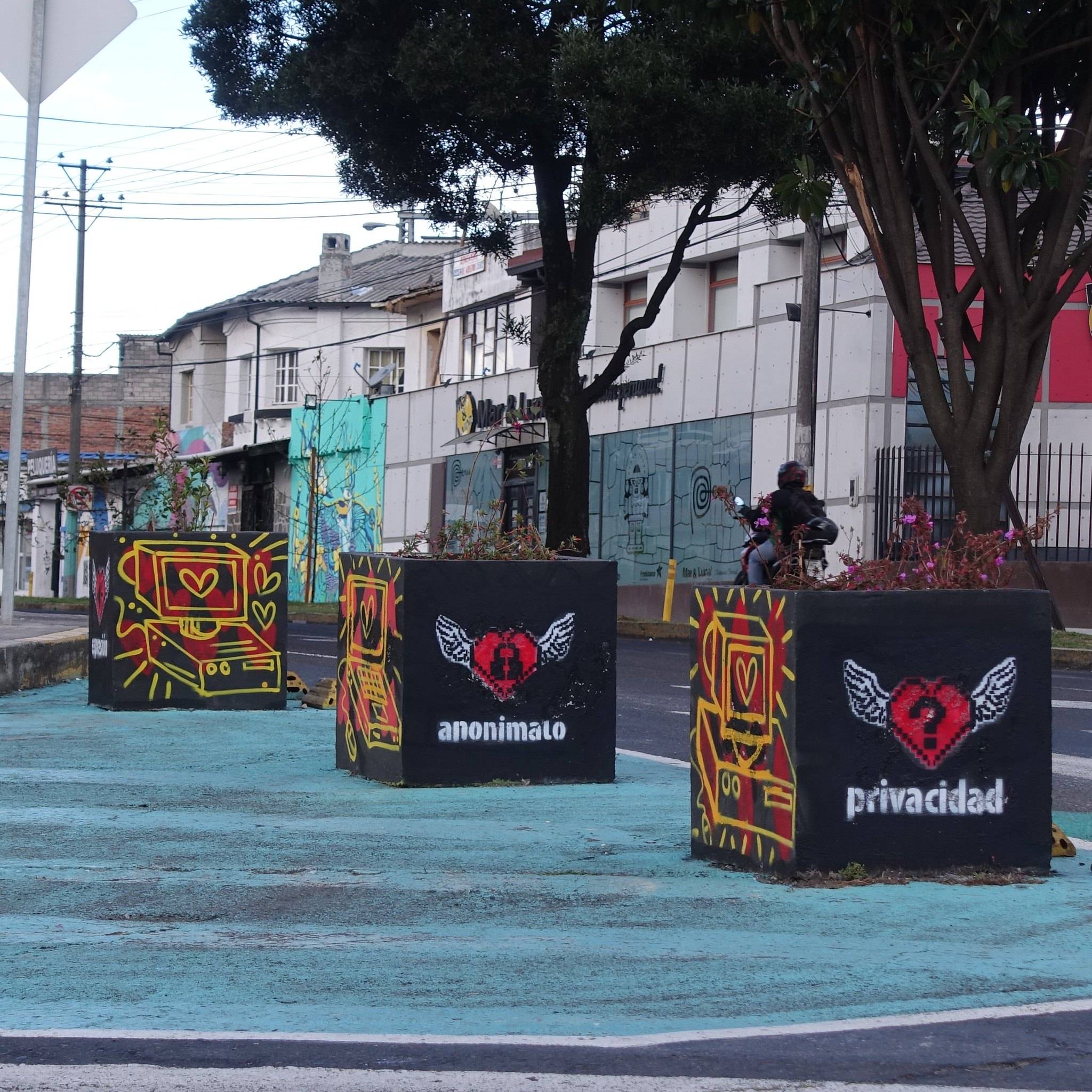 Some cute painted planters on the sidewalk promoting the love of digital anonymity and privacy, which I spotted in Quito, on September 5, 2017. 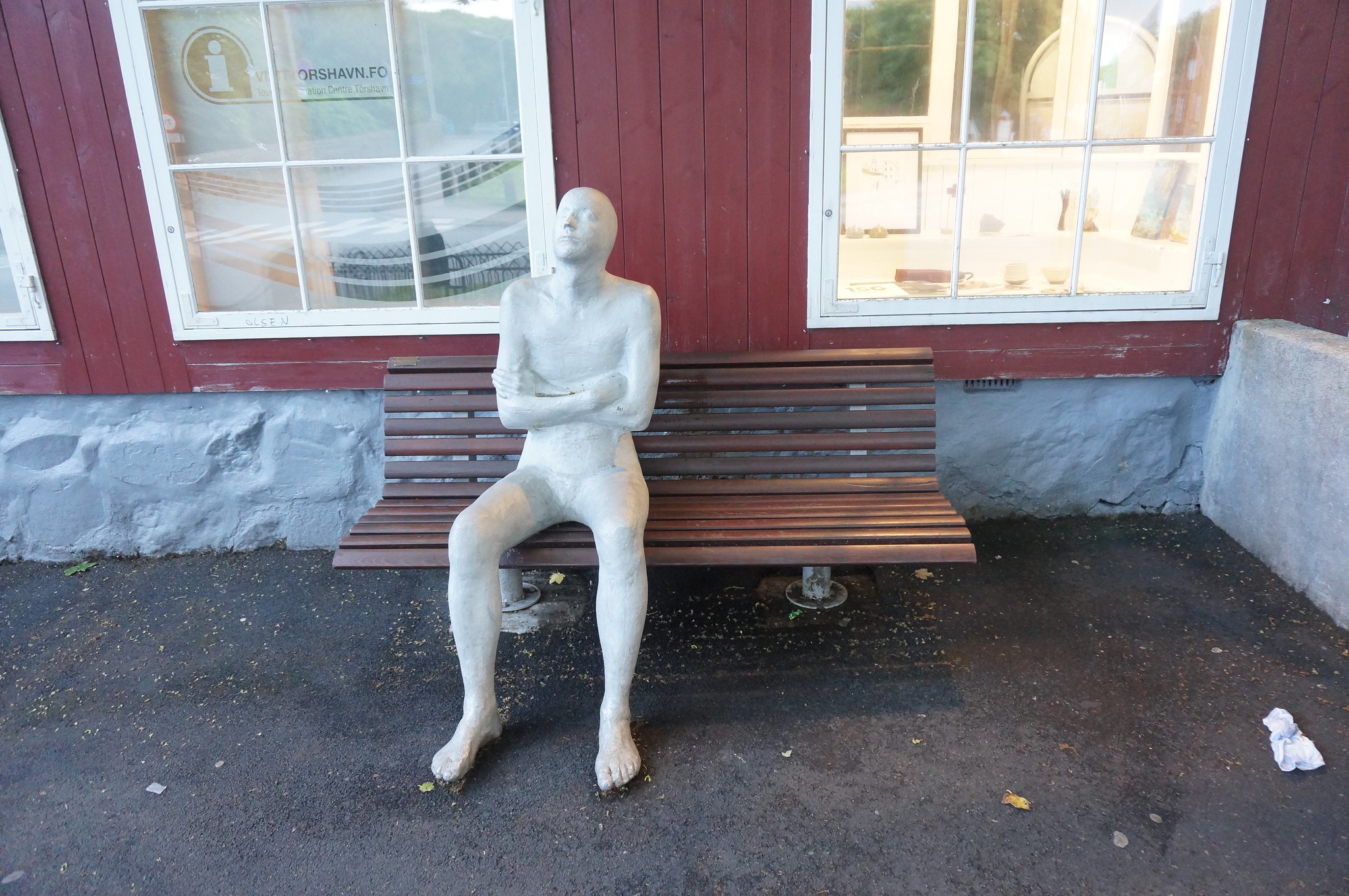 Tórshavn, the capital of the Faroe Islands, is a lovely place, but chilly year-round. Even the statues, like this one outside of the tourist office downtown, are shivering. I took this photo on August 5, 2015.