The theme for the August photo competition is "Beaches" (proposed by Tomerikoo). This covers any photo of or near a large body of water (ocean or very large lake) that meets land at a shore filled with sand or rocks.

undefined wins the bragging rights for the highest-voted photo, of a rope bridge in Pula, Croatia.

JonathanReez wins the virtual prize for their photo in the Olympic National Park, mainly because I happened to experience close to that exact scene two weeks after that photo was submitted. 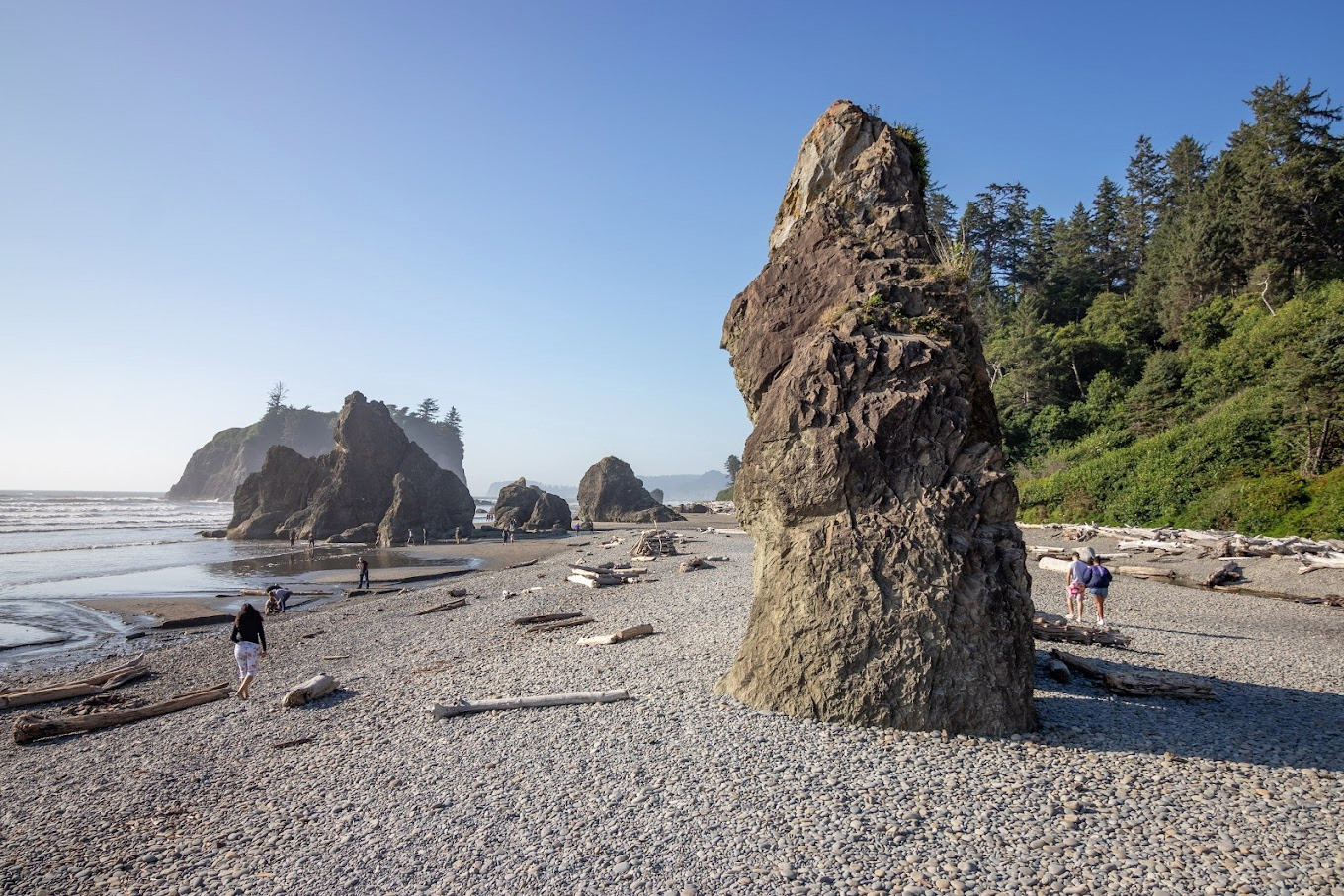 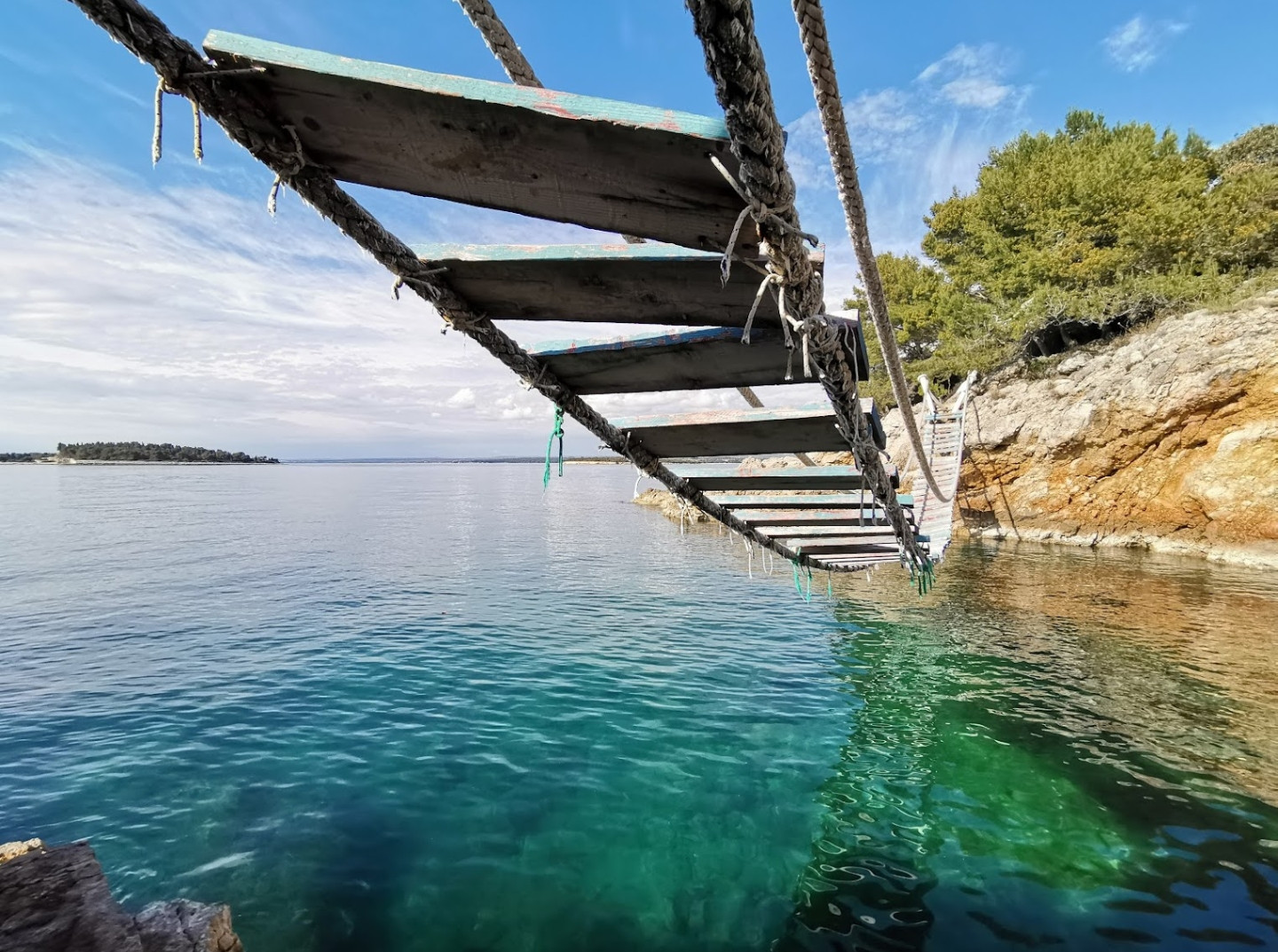 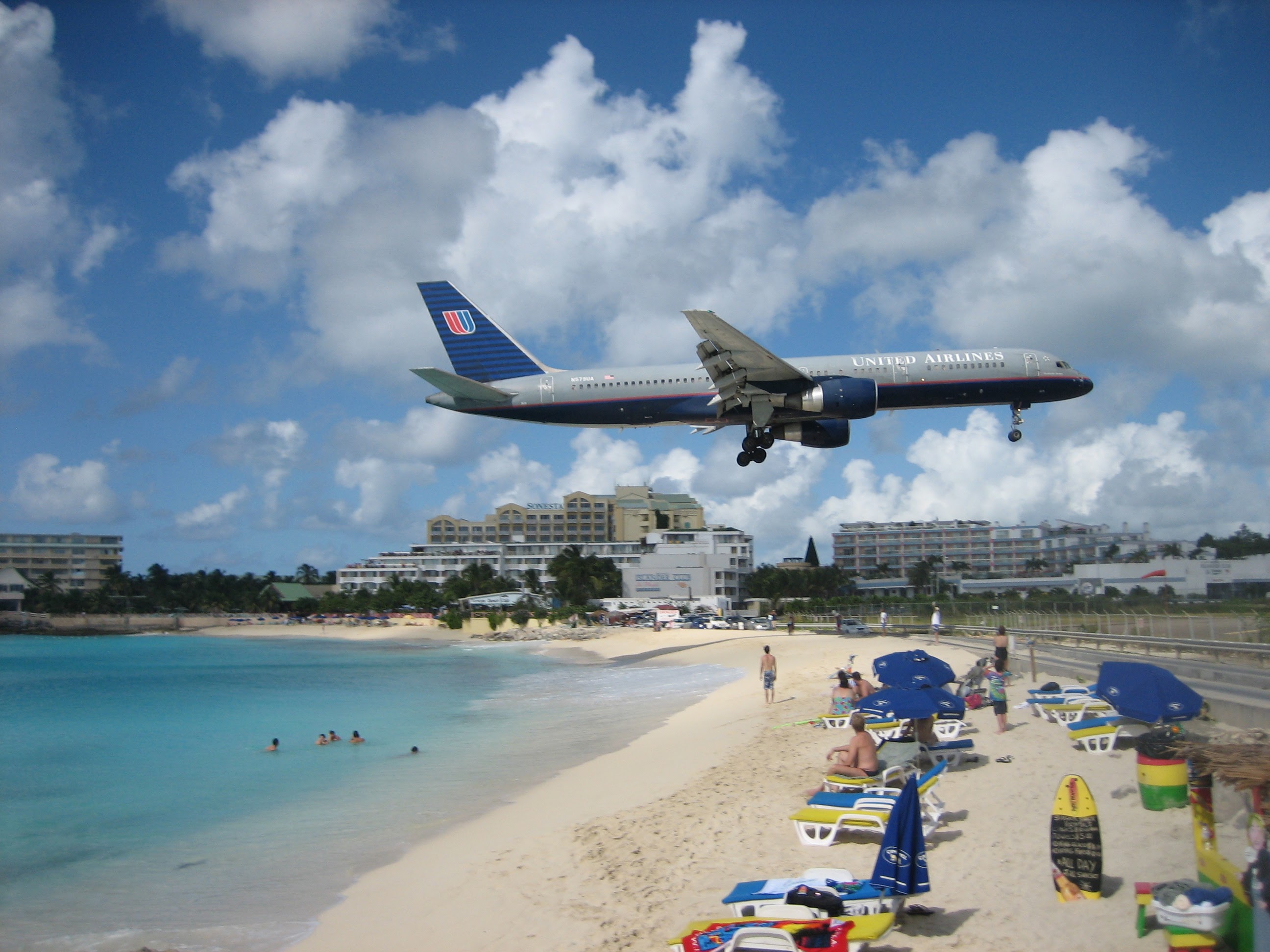 A United Airlines 757-200 landing at St. Maarten (SXM), as seen from Sunset Beach Bar near Maho Beach, 6 Jan 2007 (also wider shot from a little earlier). We departed on one of its sisters the next day.

There are of course many more dramatic Maho Beach runway photos, often with KLM or Air France 747-400s, but if you're interested in live action, you're in luck; the Sunset Beach Bar has re-opened and their website now has a webcam.

Wild horses saunter towards a rainbow at Assateague Island National Seashore in Maryland, 29 Jun 2019. We camp there every year, but usually don't see the horses on the beach itself, and especially right after a thunderstorm. 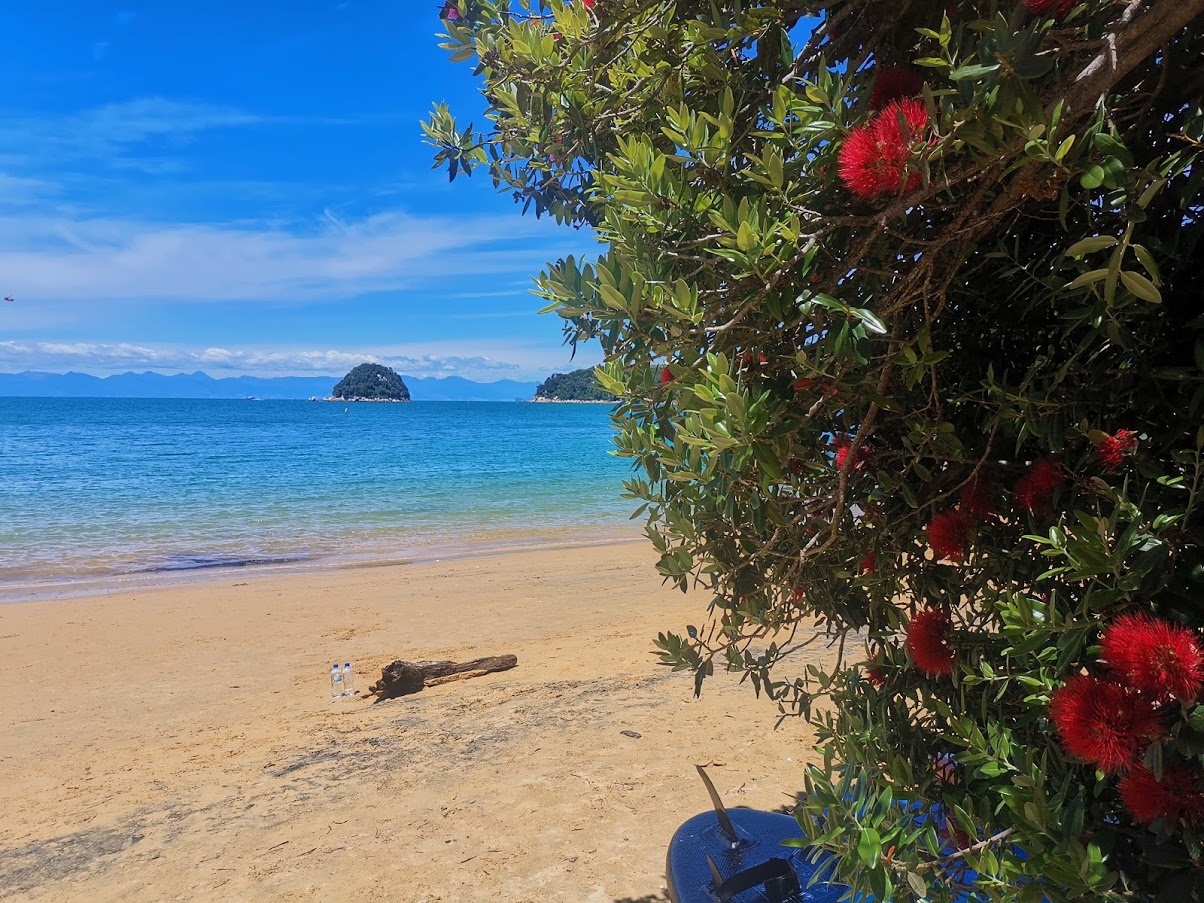 Second of three, the choice gets harder and harder. Thailand again! Here we have a view of actually both Ton Sai Beach (on the left) and Loh Dalum Beach (fully sandy on the right) seen from one of the many viewpoints of Ko Phi Phi Don. Full panoramic view here.
I took this picture with a Samsung phone in late Oct. 2018. 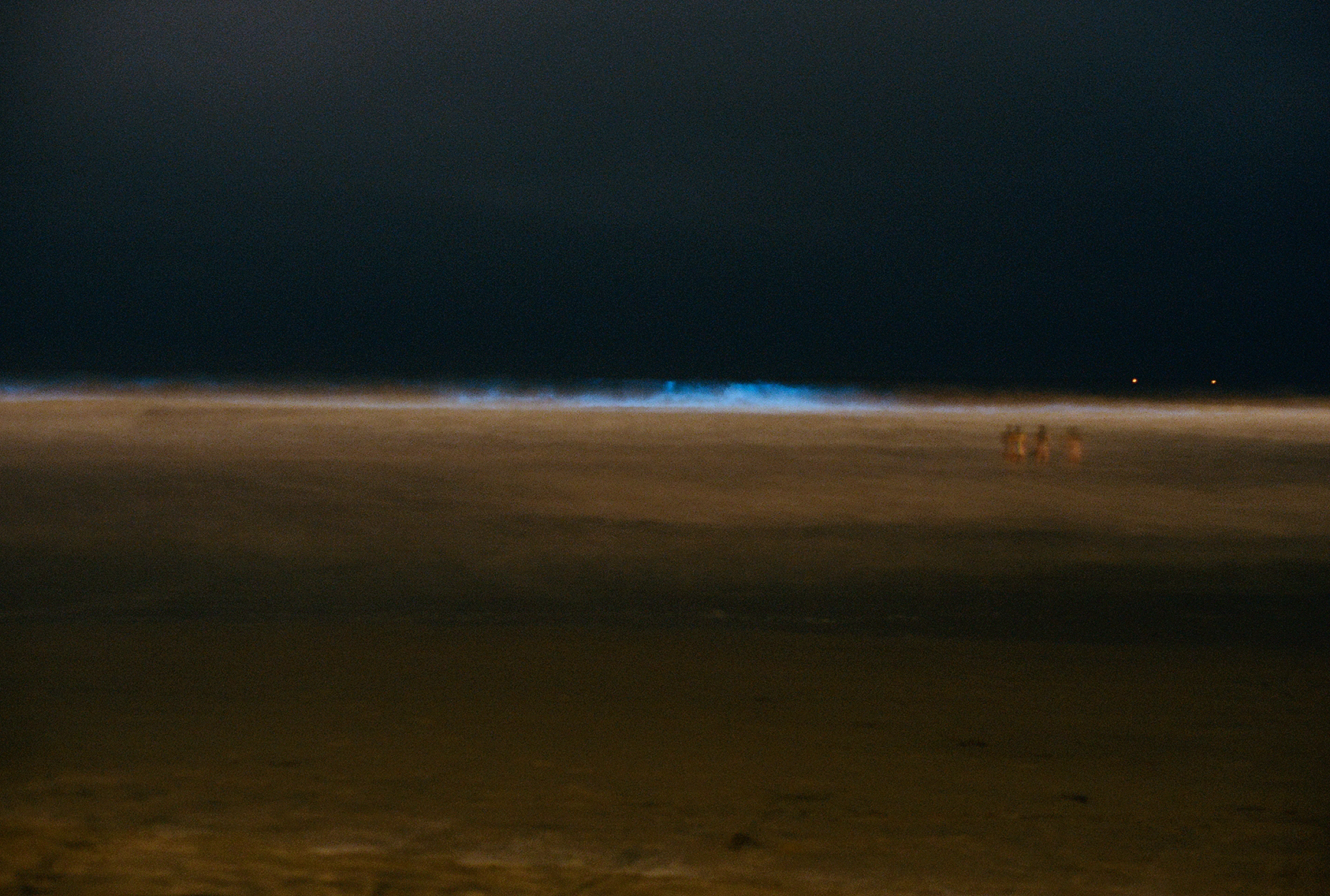 Long-exposure photo of bioluminescense at the beach in La Jolla, near San Diego, CA. 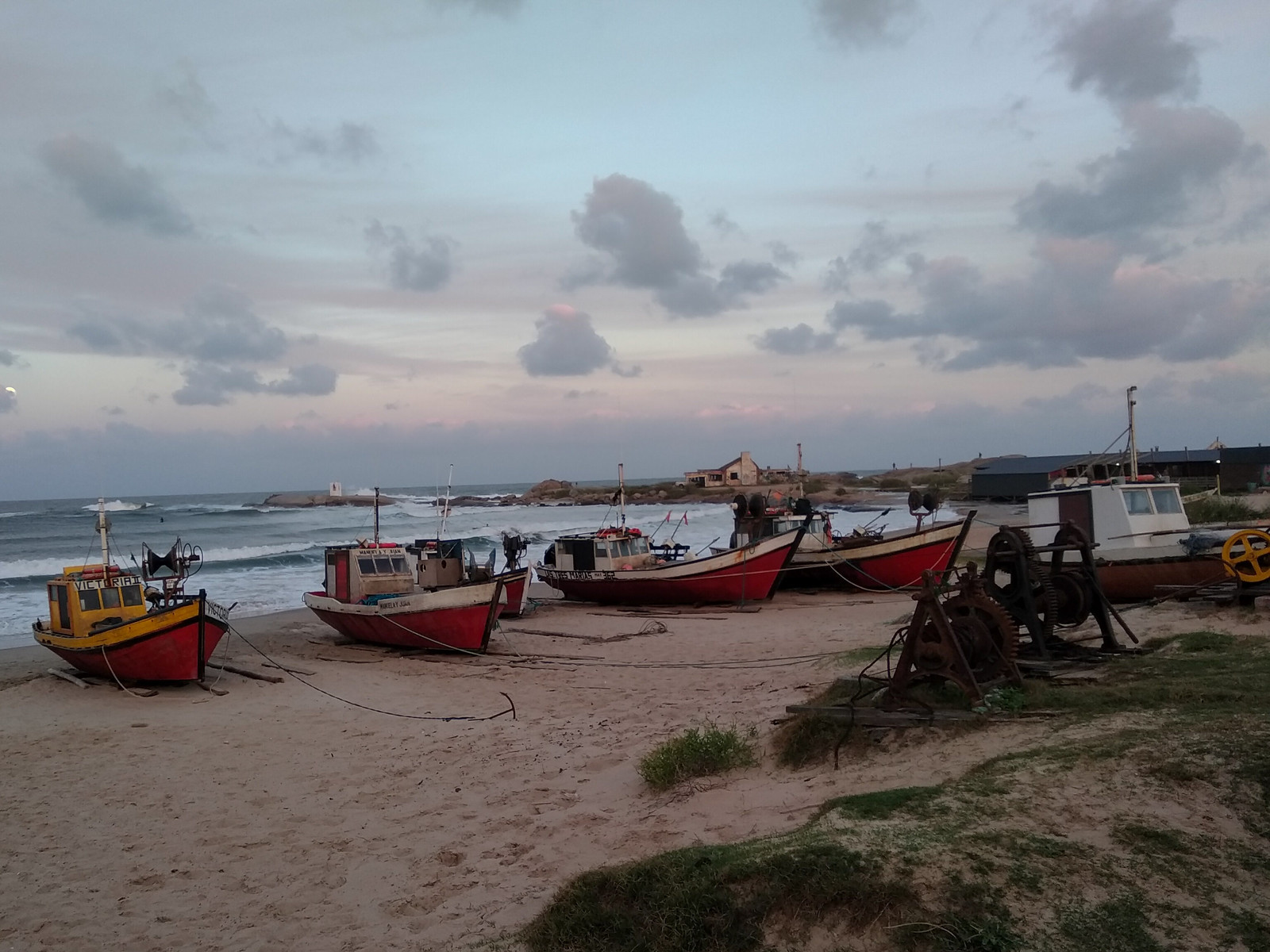 The Playa de Los Pescadores (Fishermen's Beach) in Punta del Diablo, Uruguay. I took this photo to mark so many ends: the edge of the land, at sunset, on the last day of summer (March 19, 2019), on my last night in my last destination on an extended period of travel before returning home.

This is literally The Beaches, Toronto, Canada. December 2017. 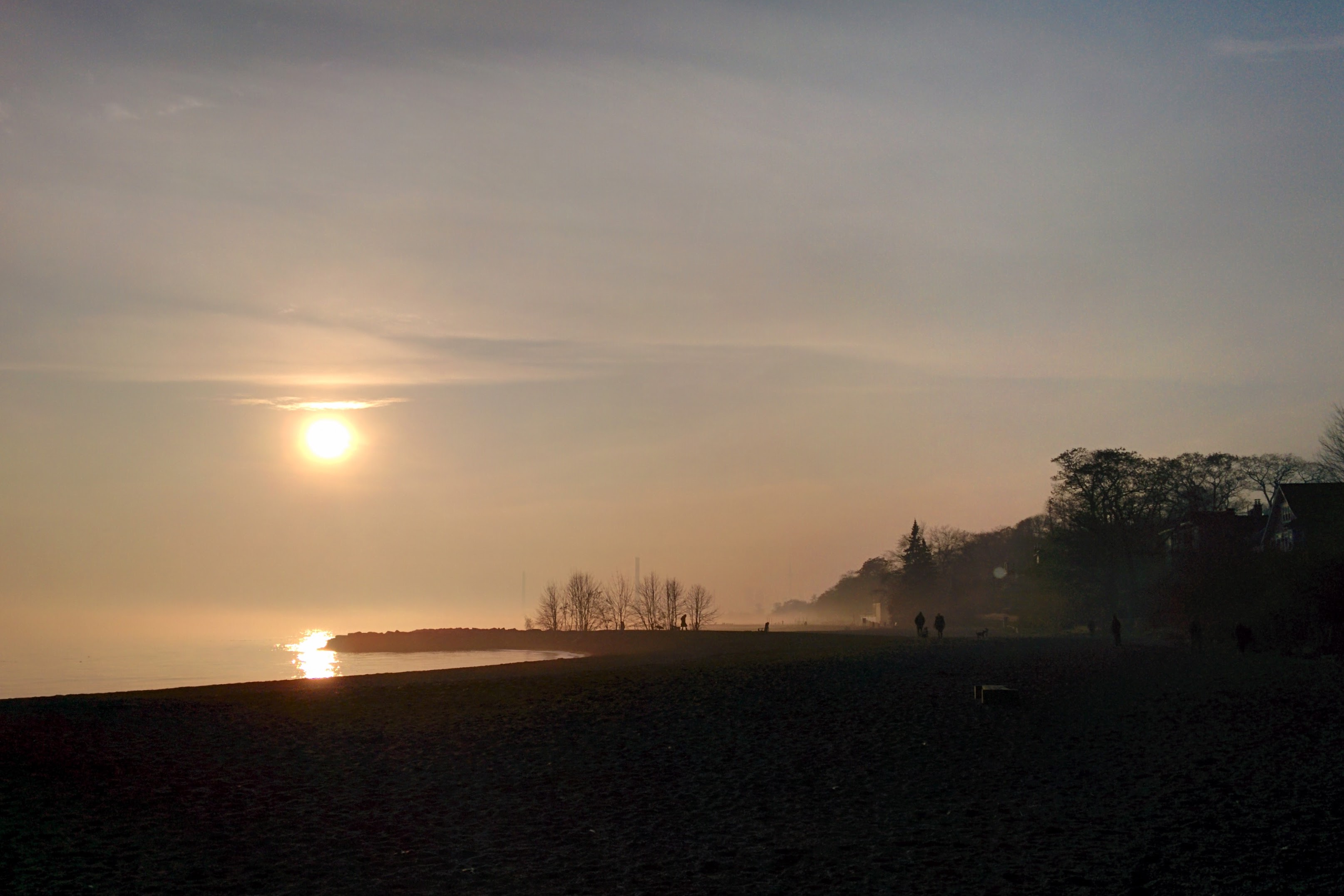 One of my top 3 beaches must be this one, at Freeway Bar (and bamboo tattoo) on the west side of Ko Phangan, Thailand. I visited and took this photo with Samsung phone in October 2018. This was originally the last of 8 I posted here. 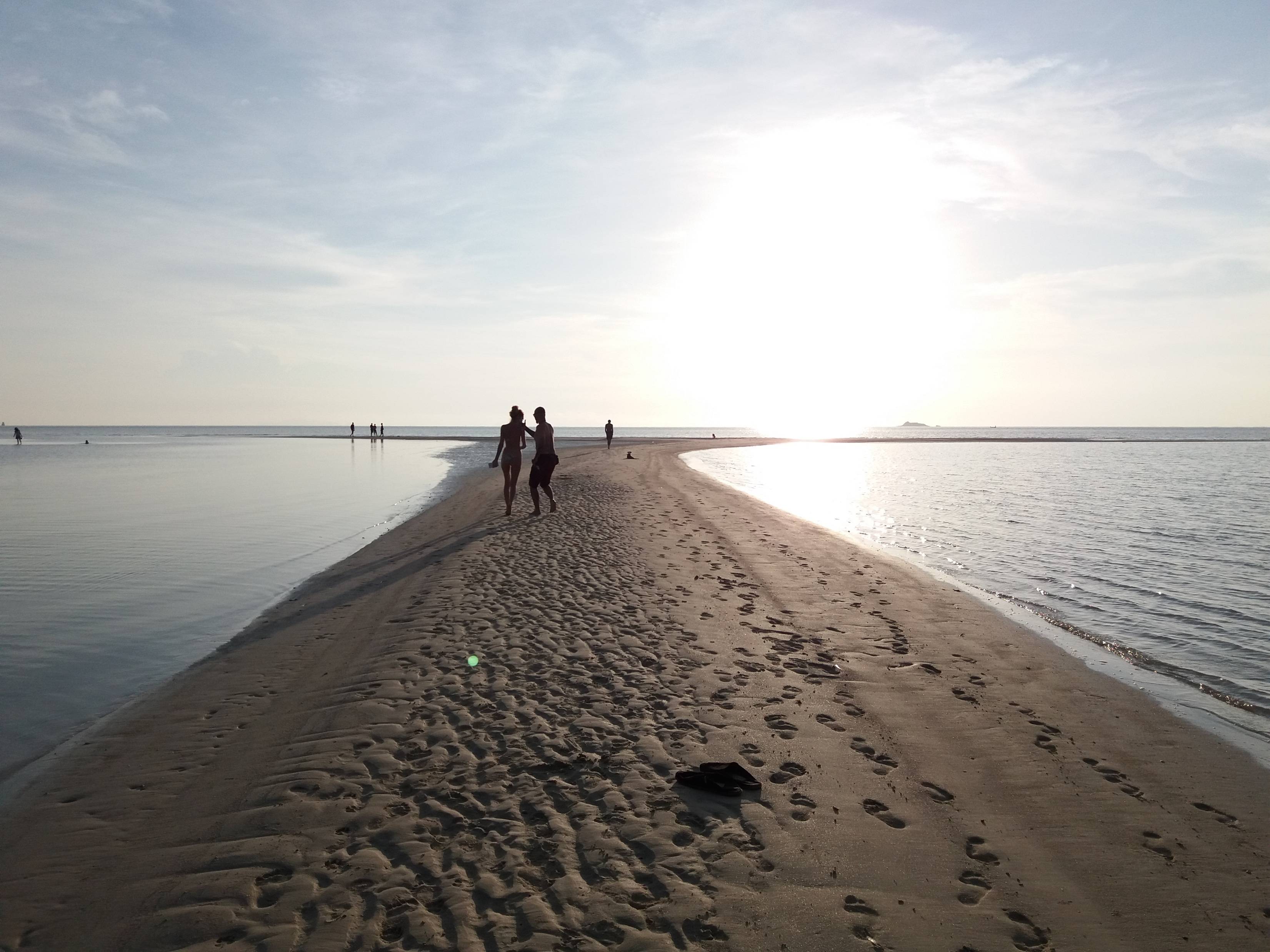 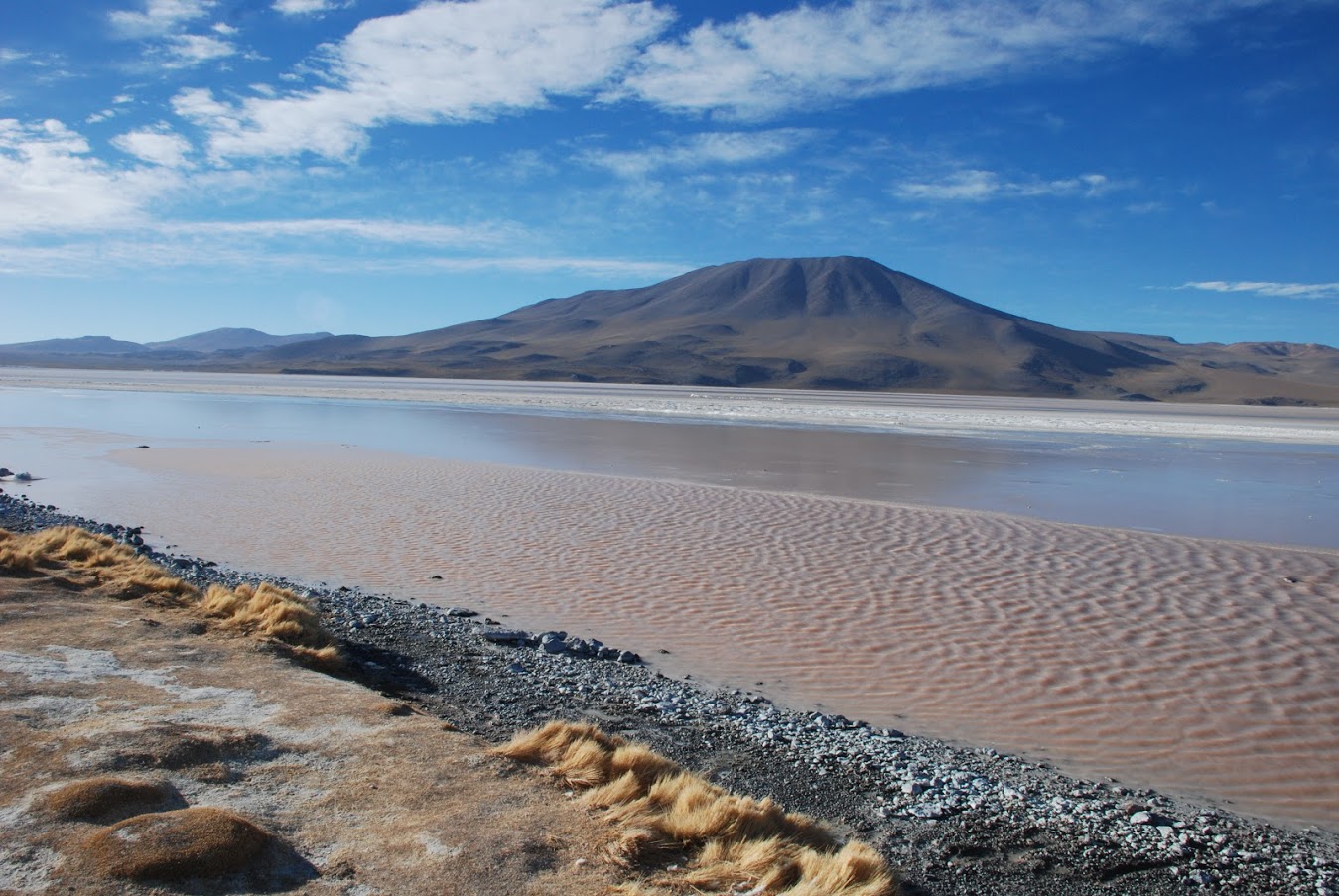 This shot is from the infamous big wave spot Praia do Norte, in Nazaré, Portugal. I think it definitely qualifies for near a large body of water :) 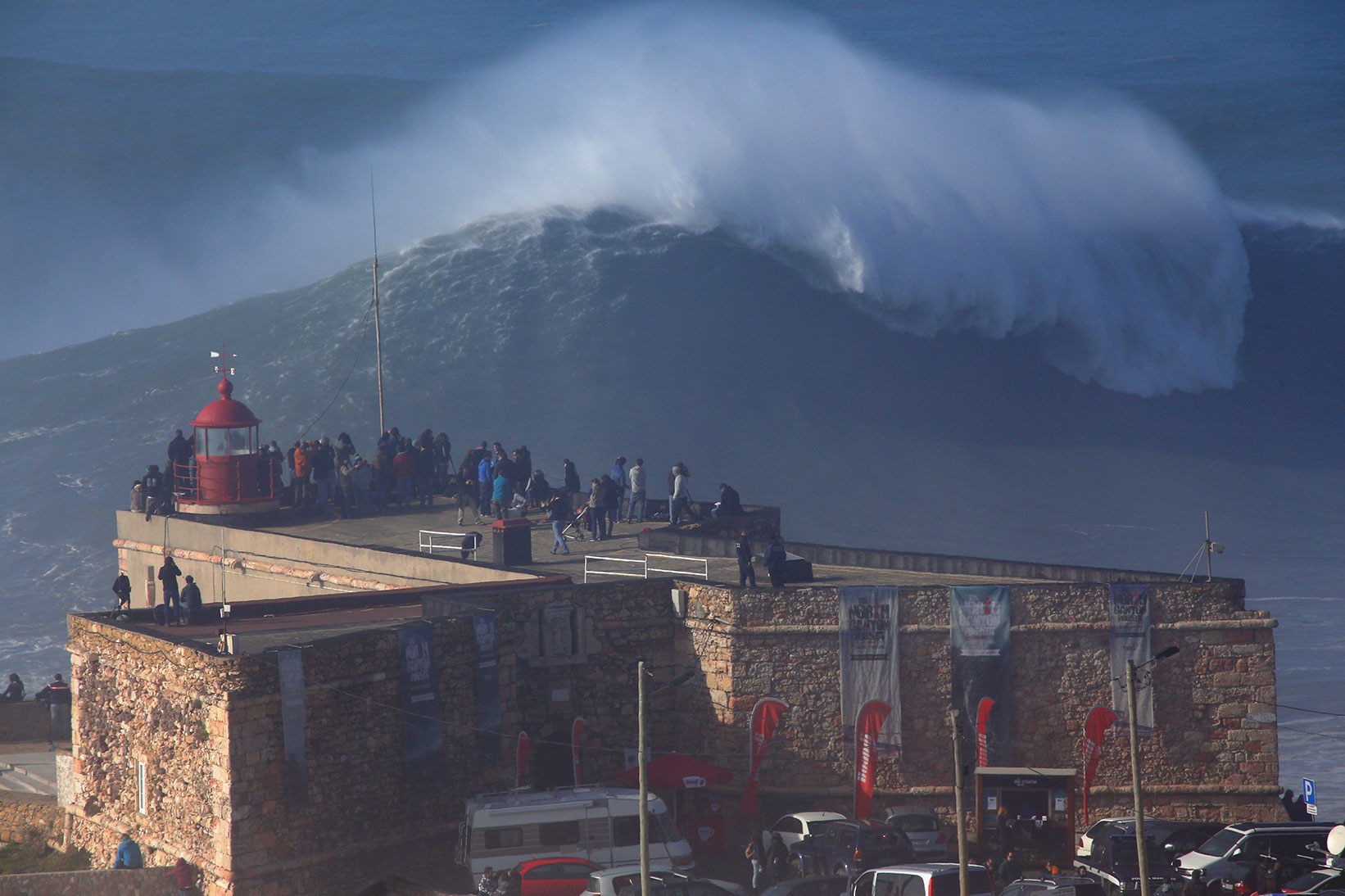 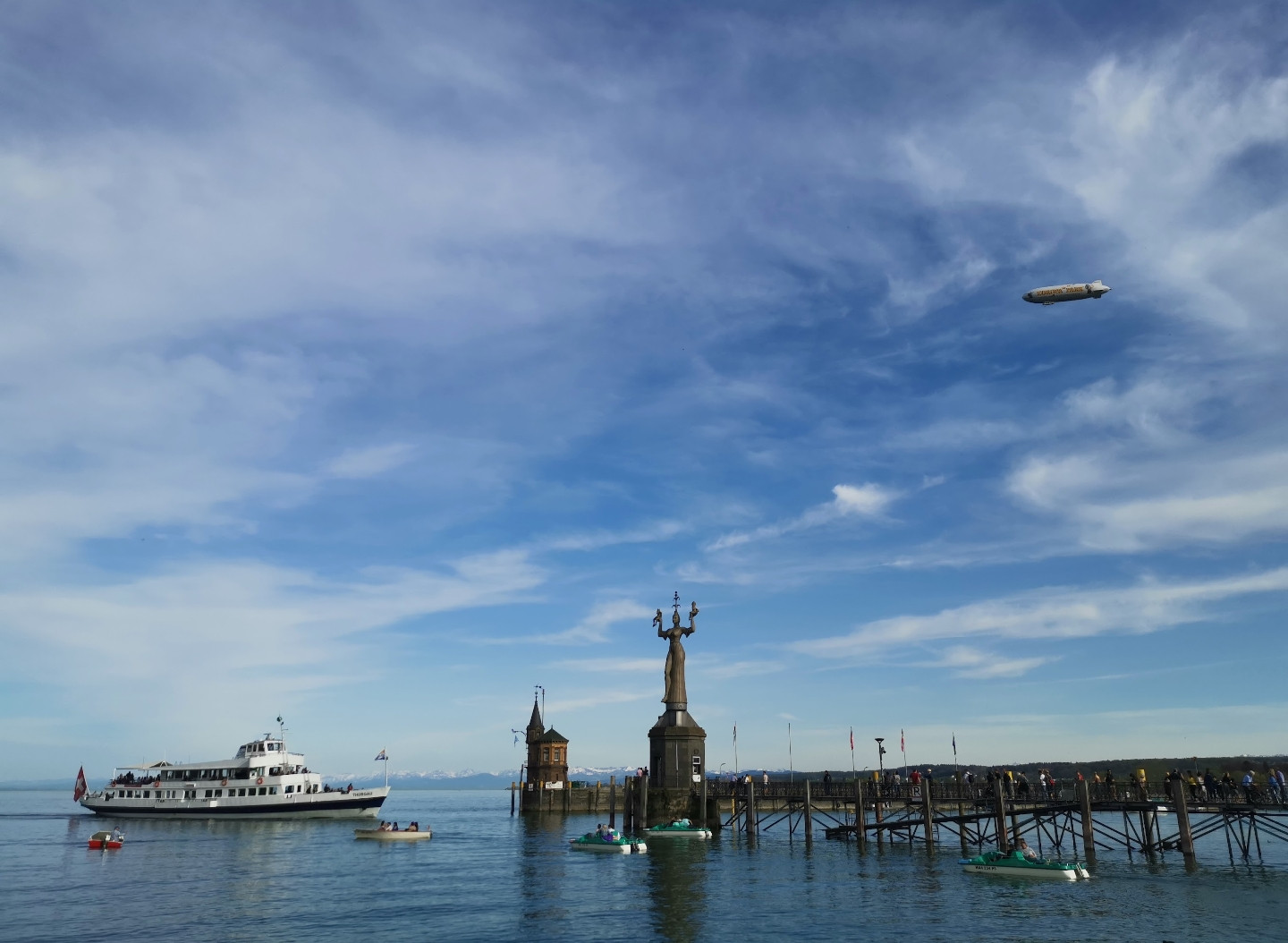 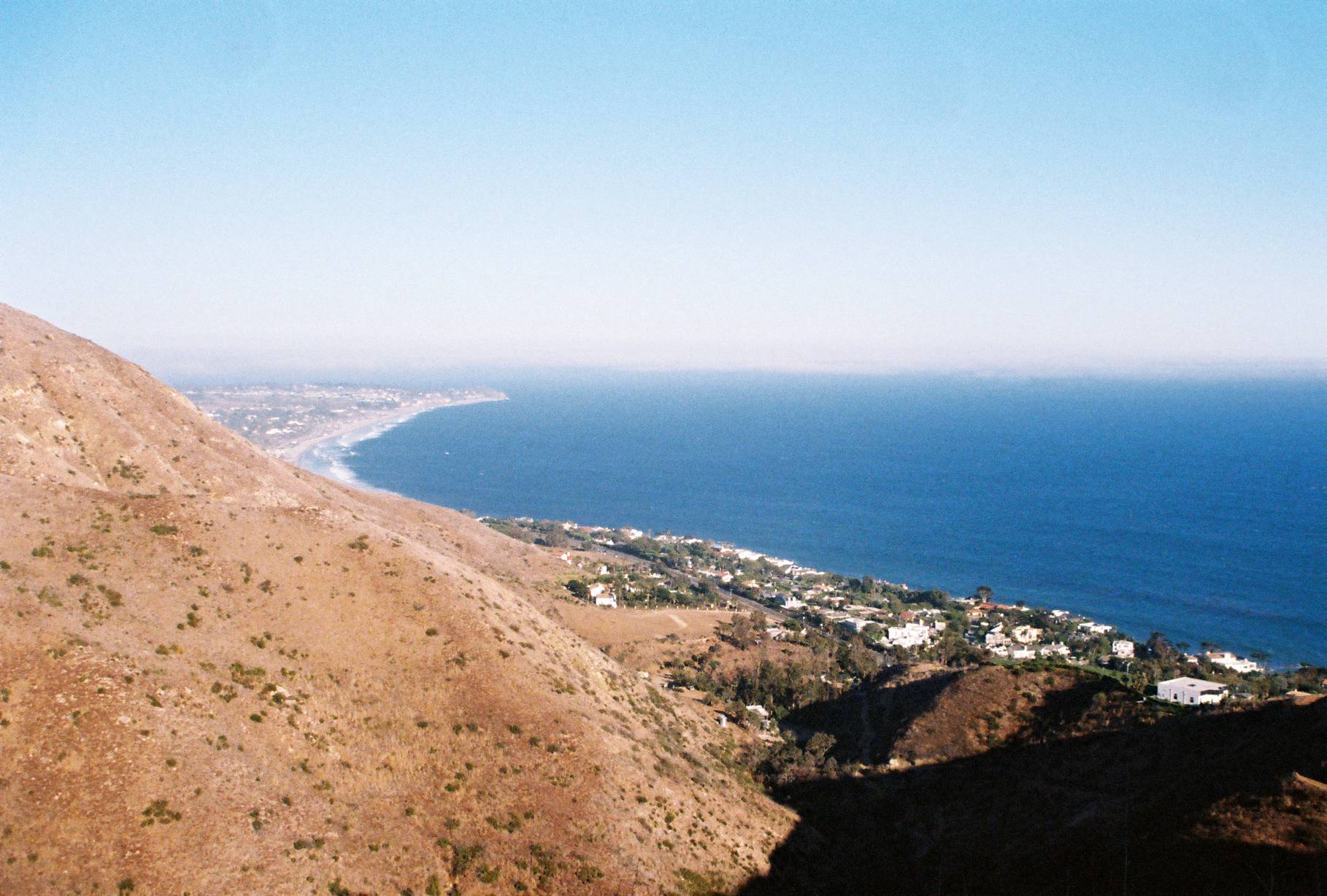 The beaches of Malibu, CA as seen from a nearby hill.

Taken July 2021 on Kodak Ultramax 400 film. (As a cheap film, you can see the grain clearly. This was just the basic scan from the lab; I'll upload a higher-quality copy once I've self-scanned the negative.) 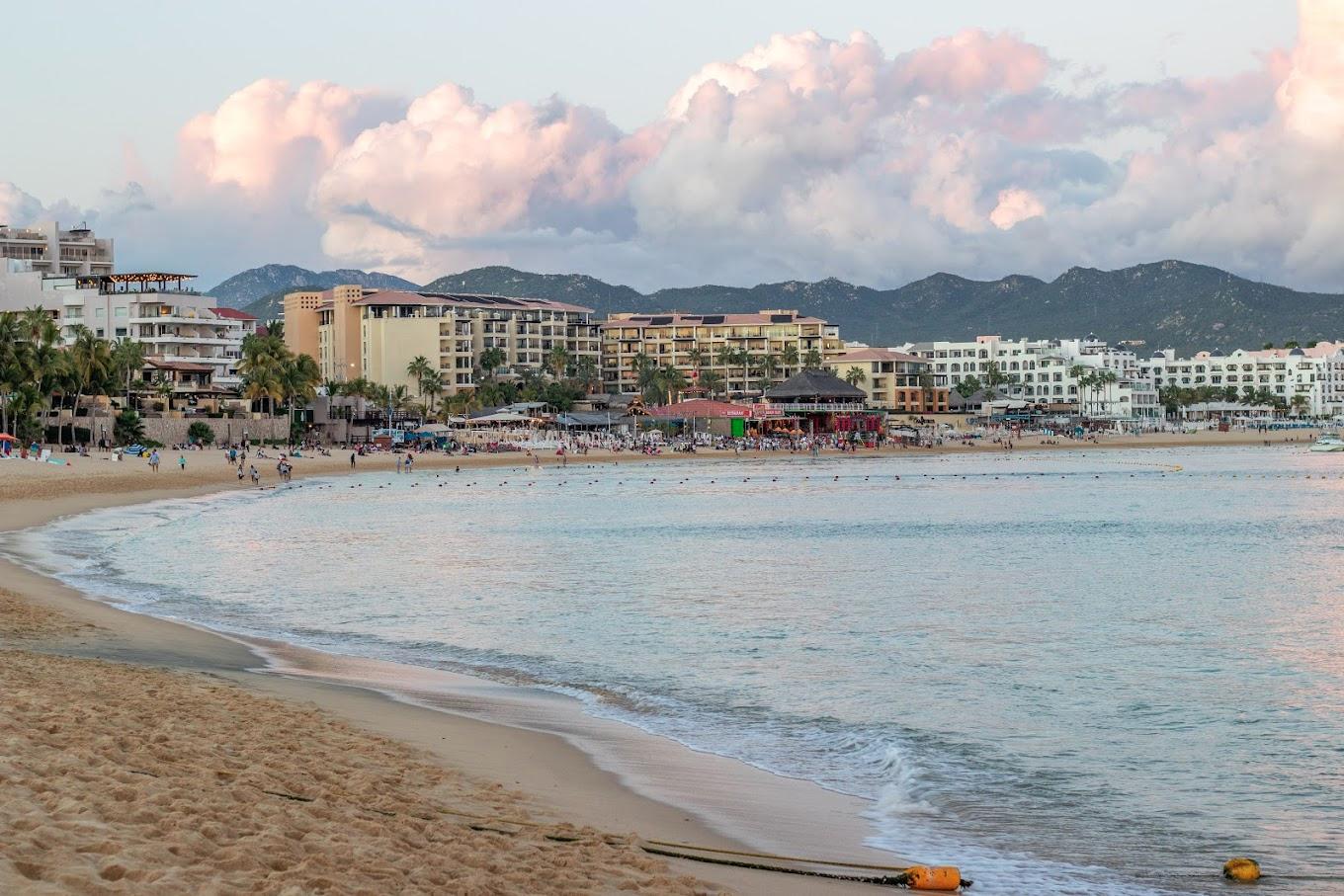 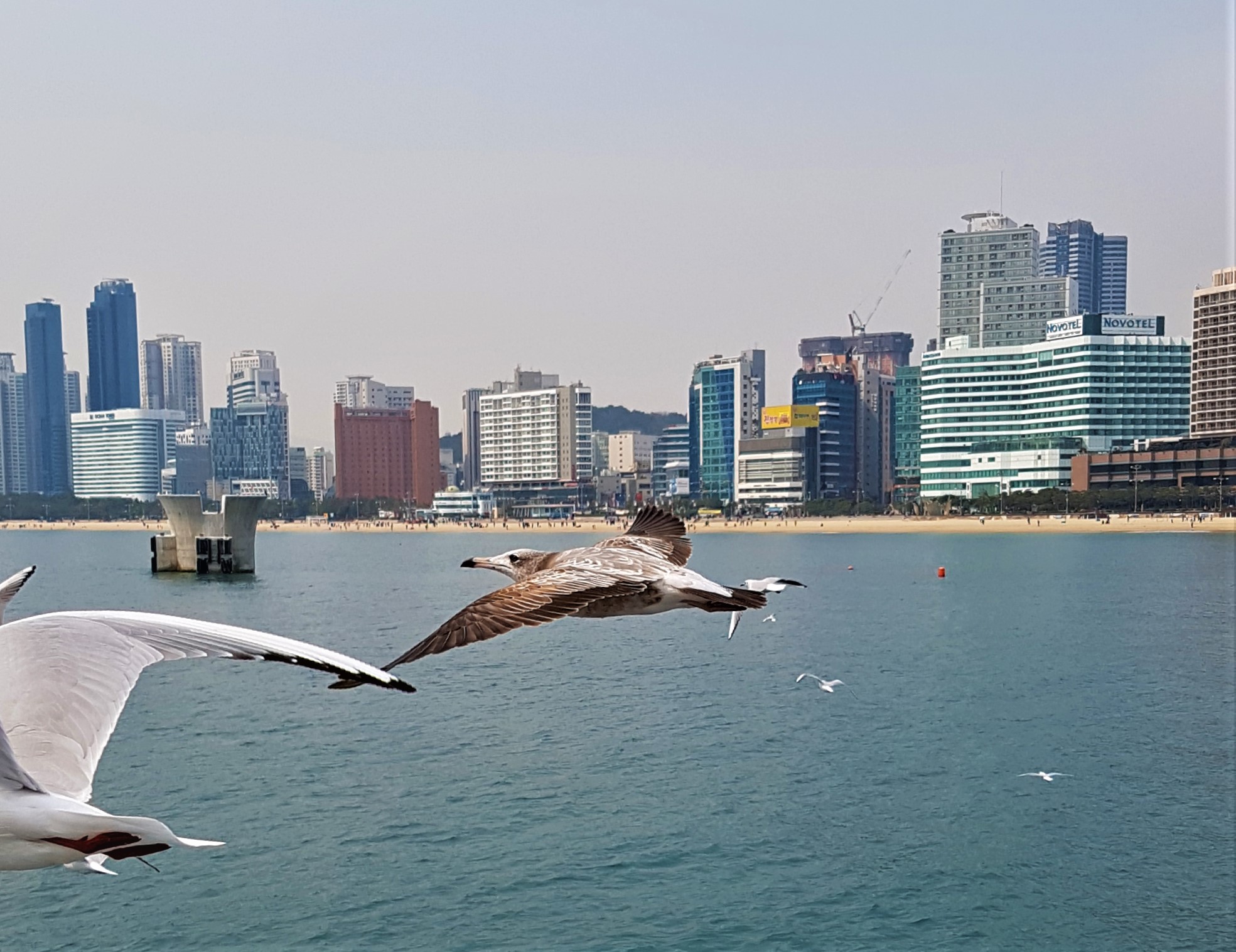 Photo taken from off the coast of Busan, South Korea with a bird's perspective of Haeundae (해운대) Beach. March, 2017. 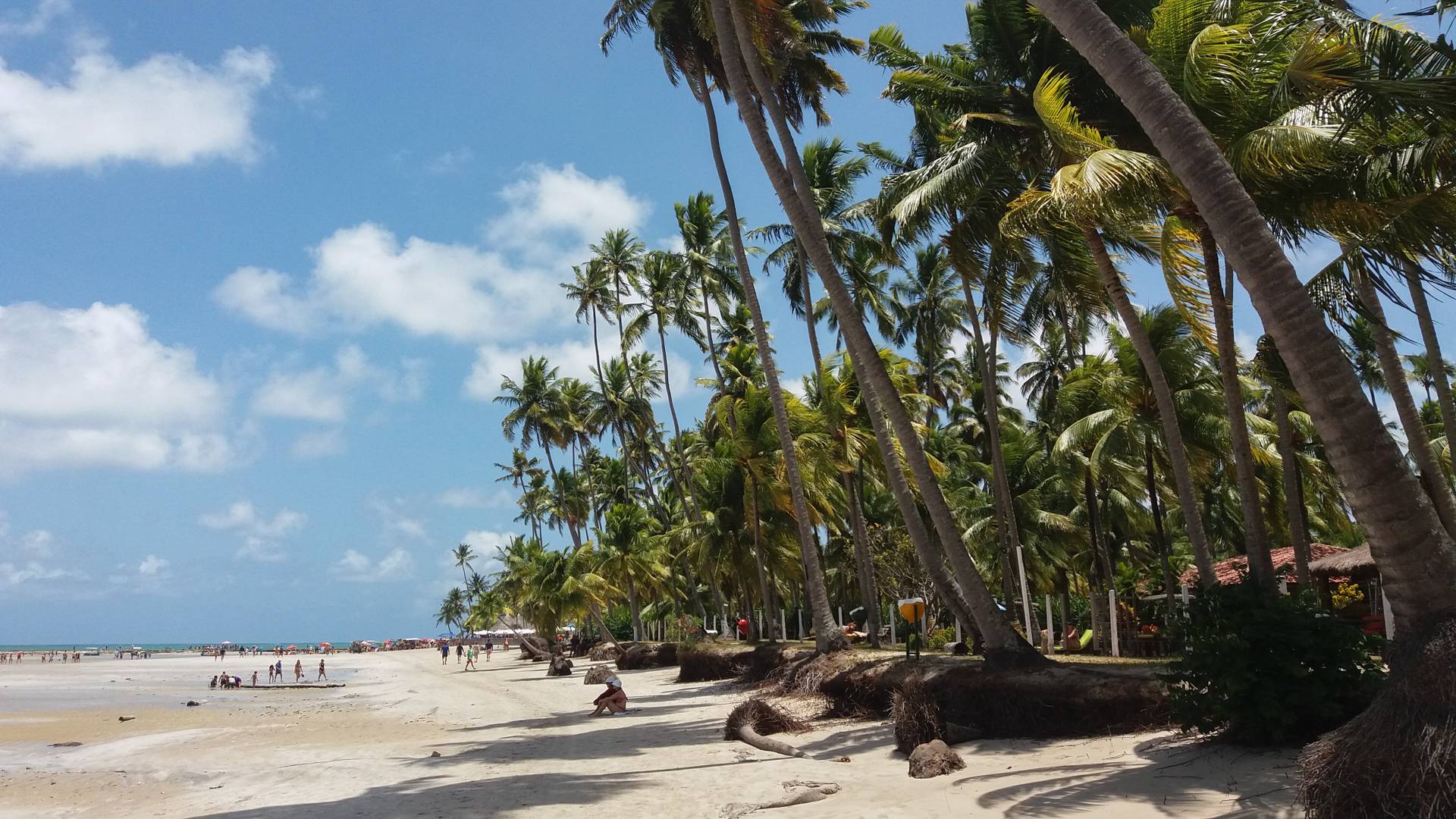 The seagull ruined (or made?) the shot. Pool right above the beach at the southern end of Playas Rosarito, Baja California, Mexico.

Photo taken by either me or my wife (probably my wife since it's so arty) on an iphone, on Feb 22, 2021. Google Maps link 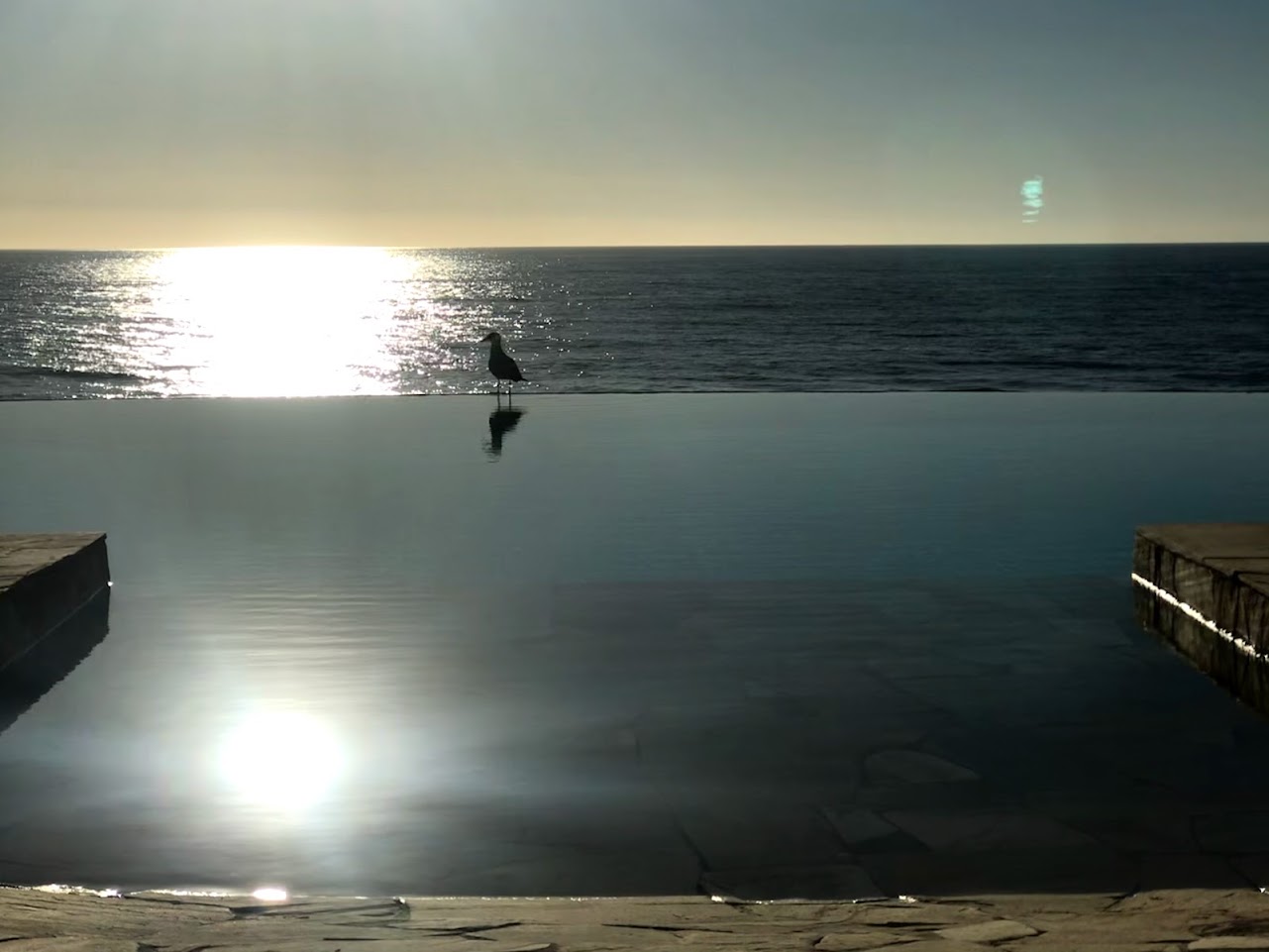 Third shot: My Khe Beach in Da Nang, Vietnam, one of my favourites ever. I took this pic with a Samsung phone on 08/01/2019. Zoom to appreciate the fisherman! 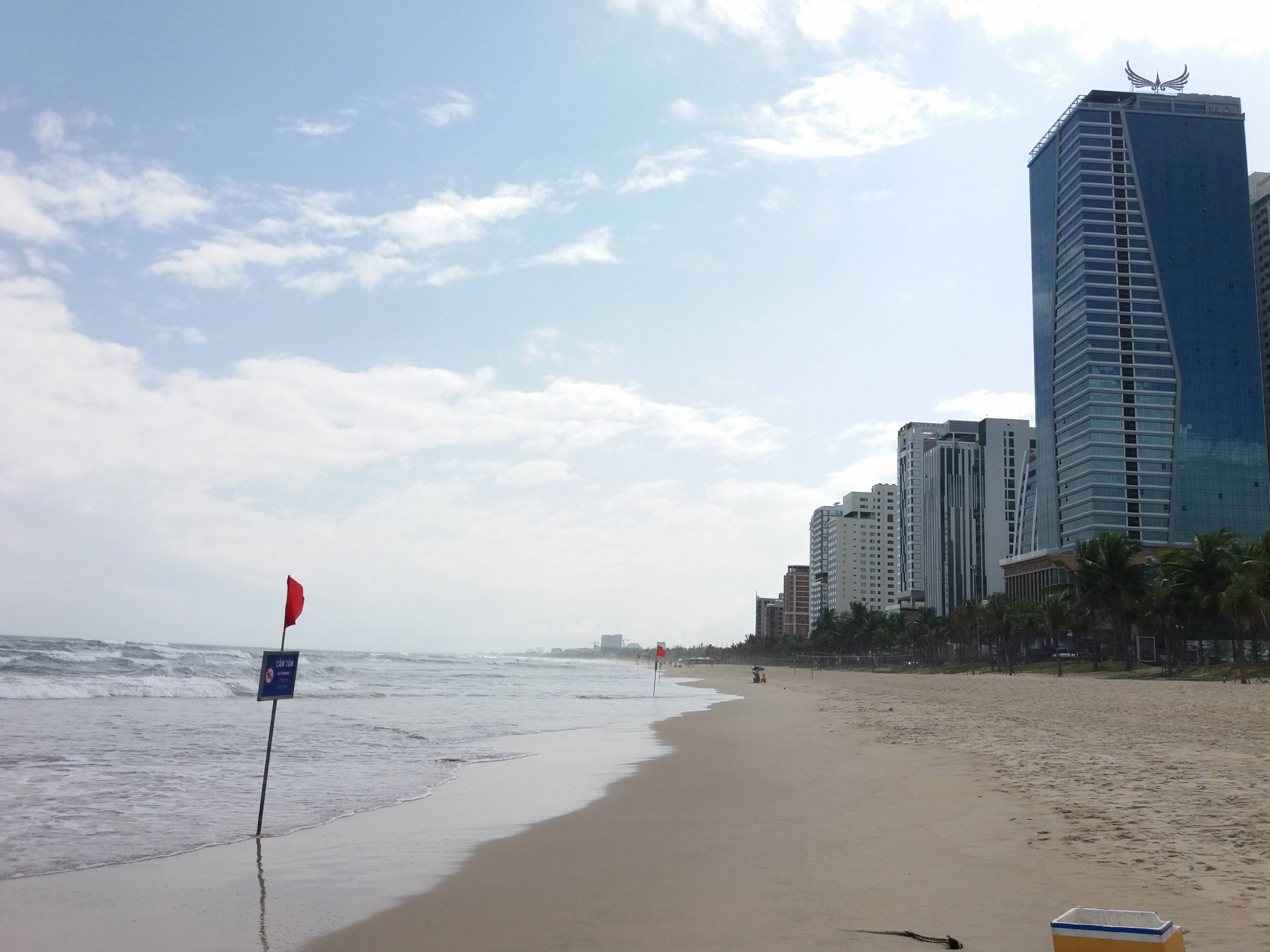 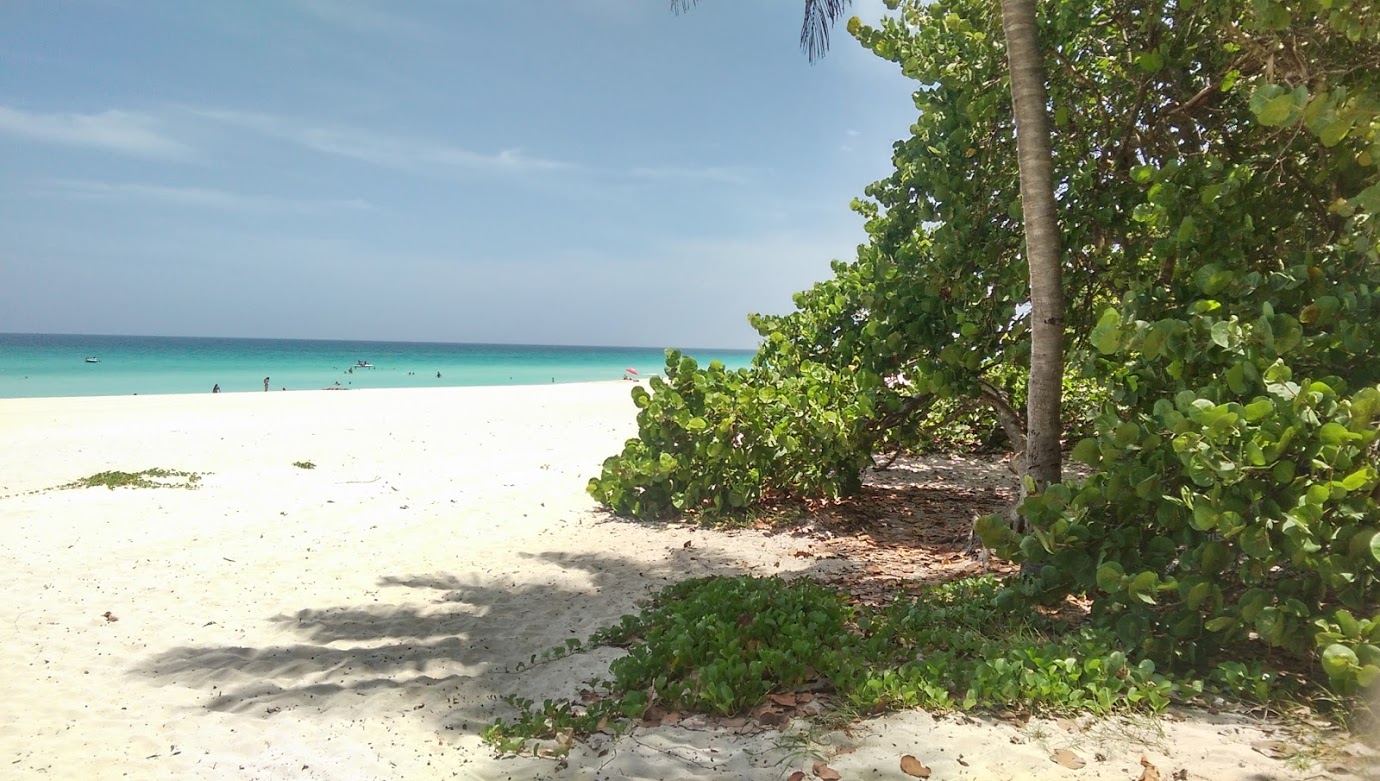 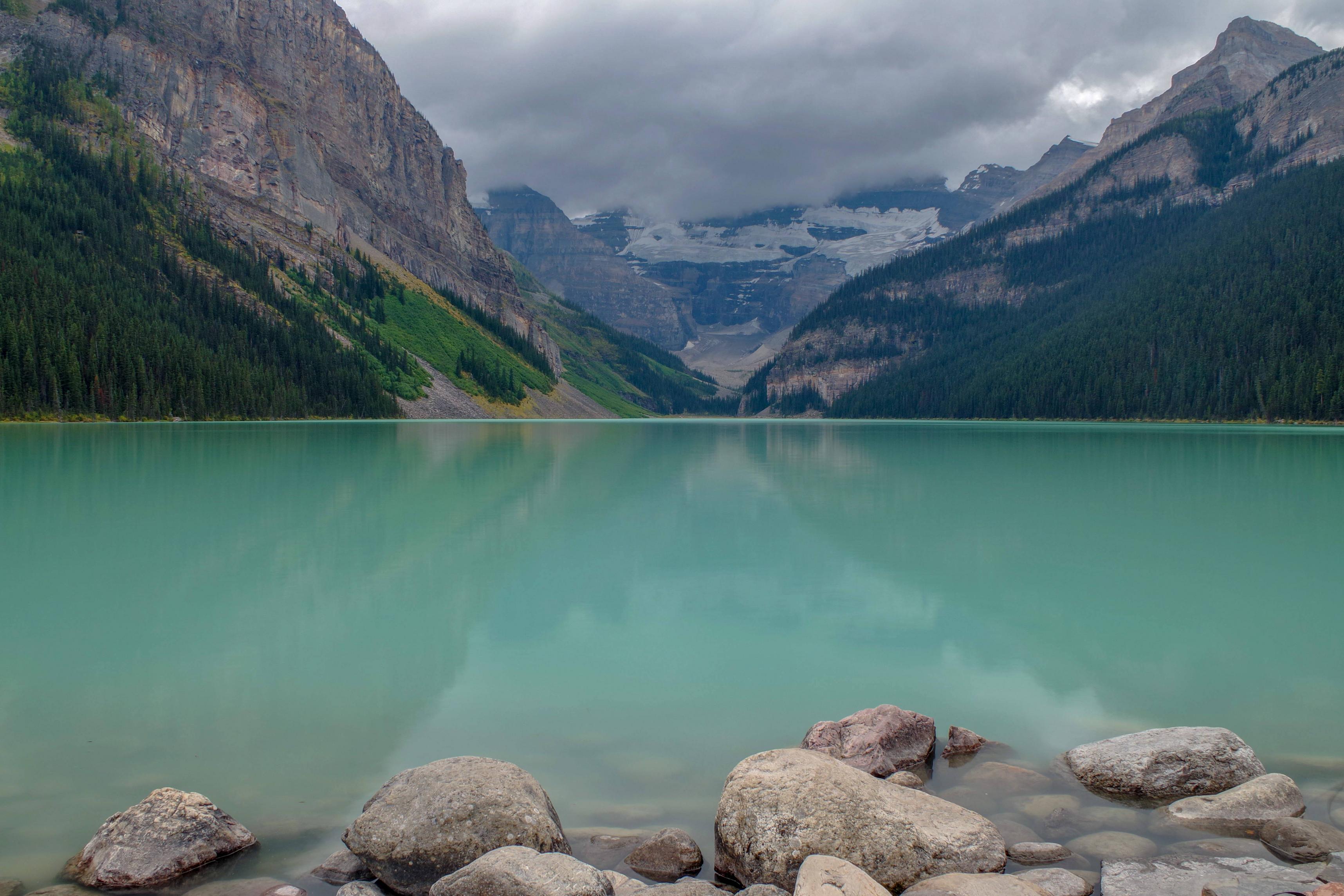 The beach of Puerto Lopez, Ecuador with its many boats. Taken on July 2014, right before a whale watching cruise. Nice experience! 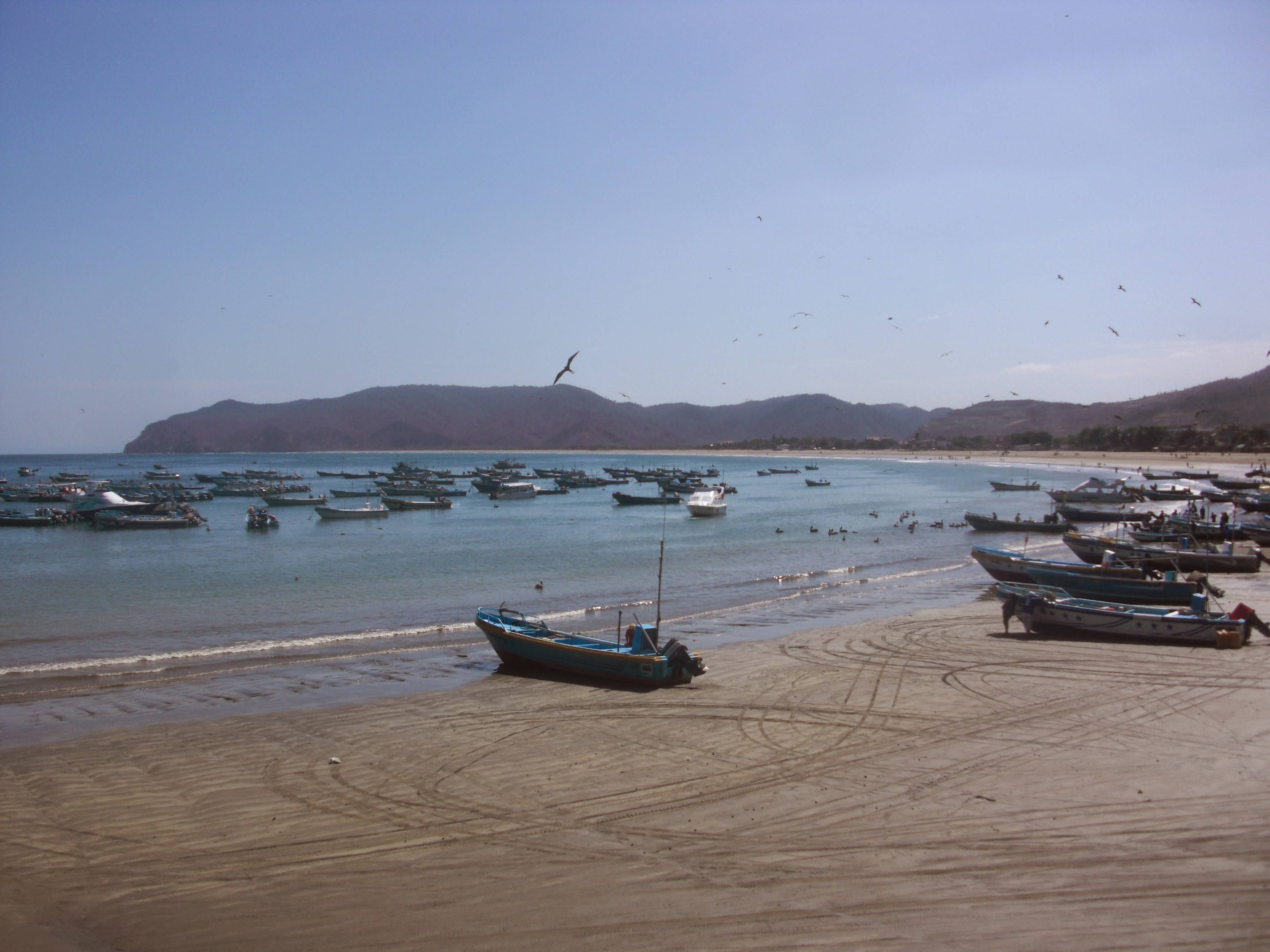 This other image doesn't seem fit as its own submission but I just like it so much and must share it. So this is a bonus for your viewing pleasure, not for voting: Just a happy dead fish 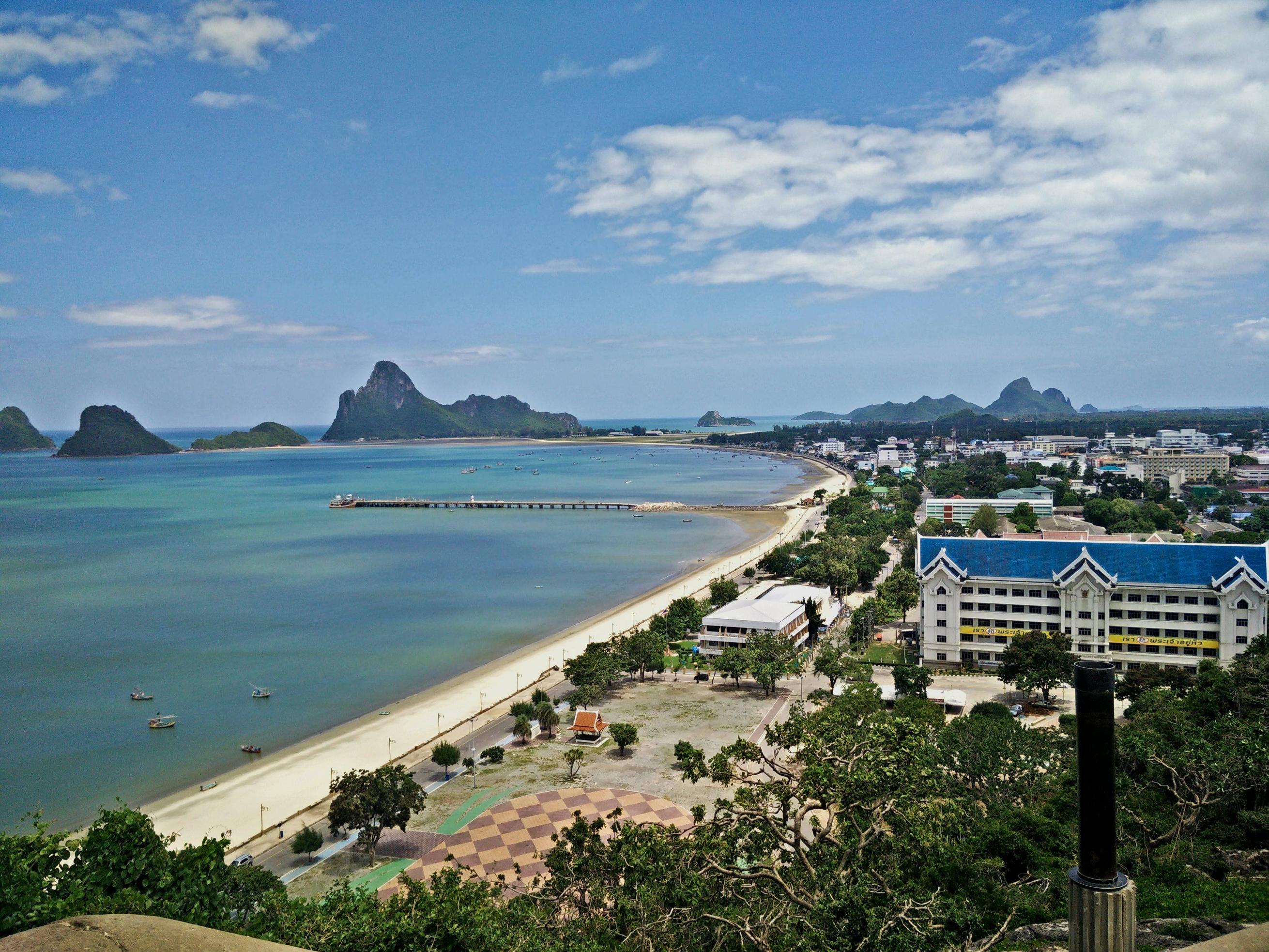 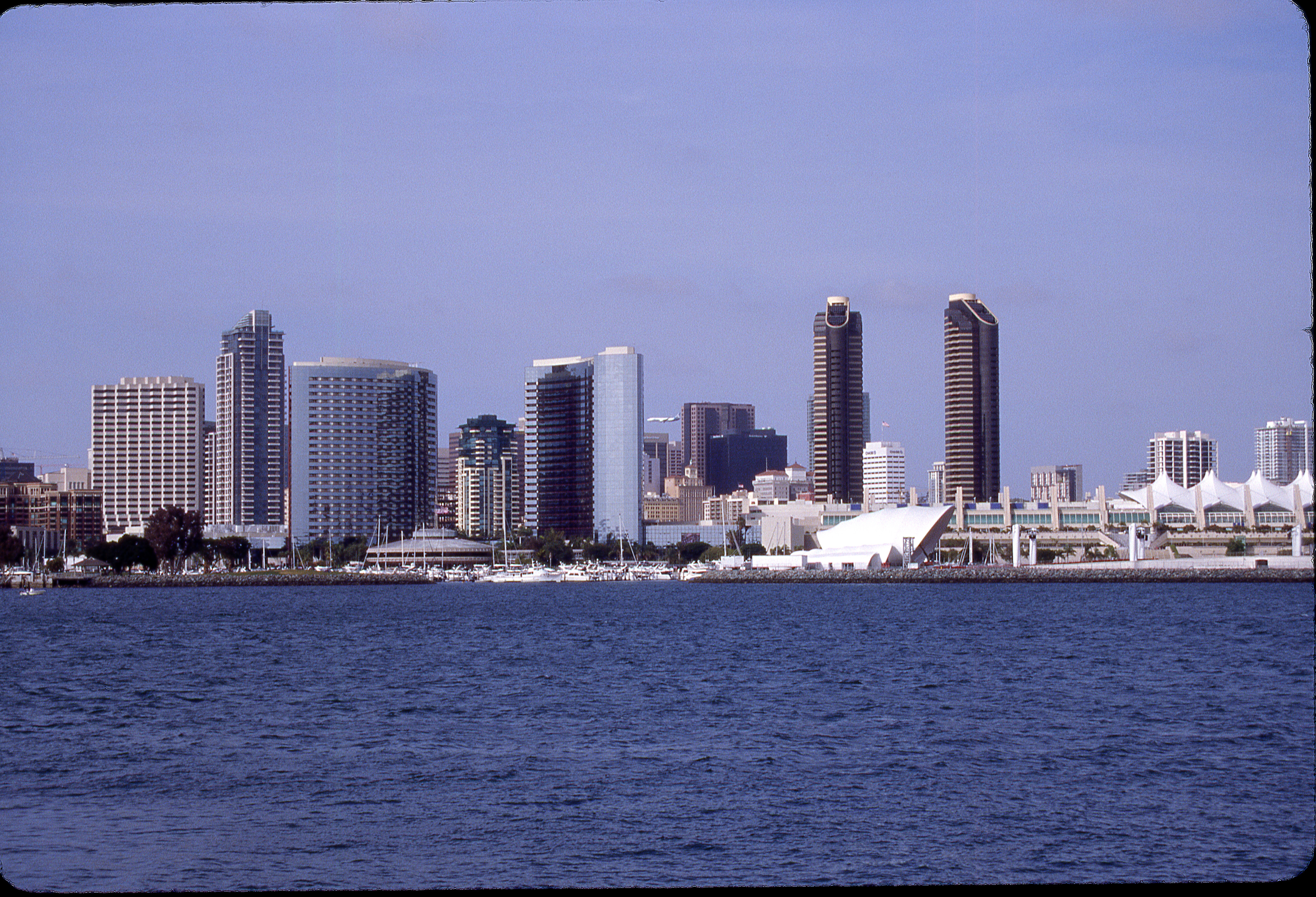 This shot is covering a fishermen trying to catch octopus, just with a stick with a hook (and some crab covering the hook) at the Ribeira d'Ilhas beach in Ericeira, Portugal during a very low tide. To catch those waves in the back you'd need to pass all that reef. 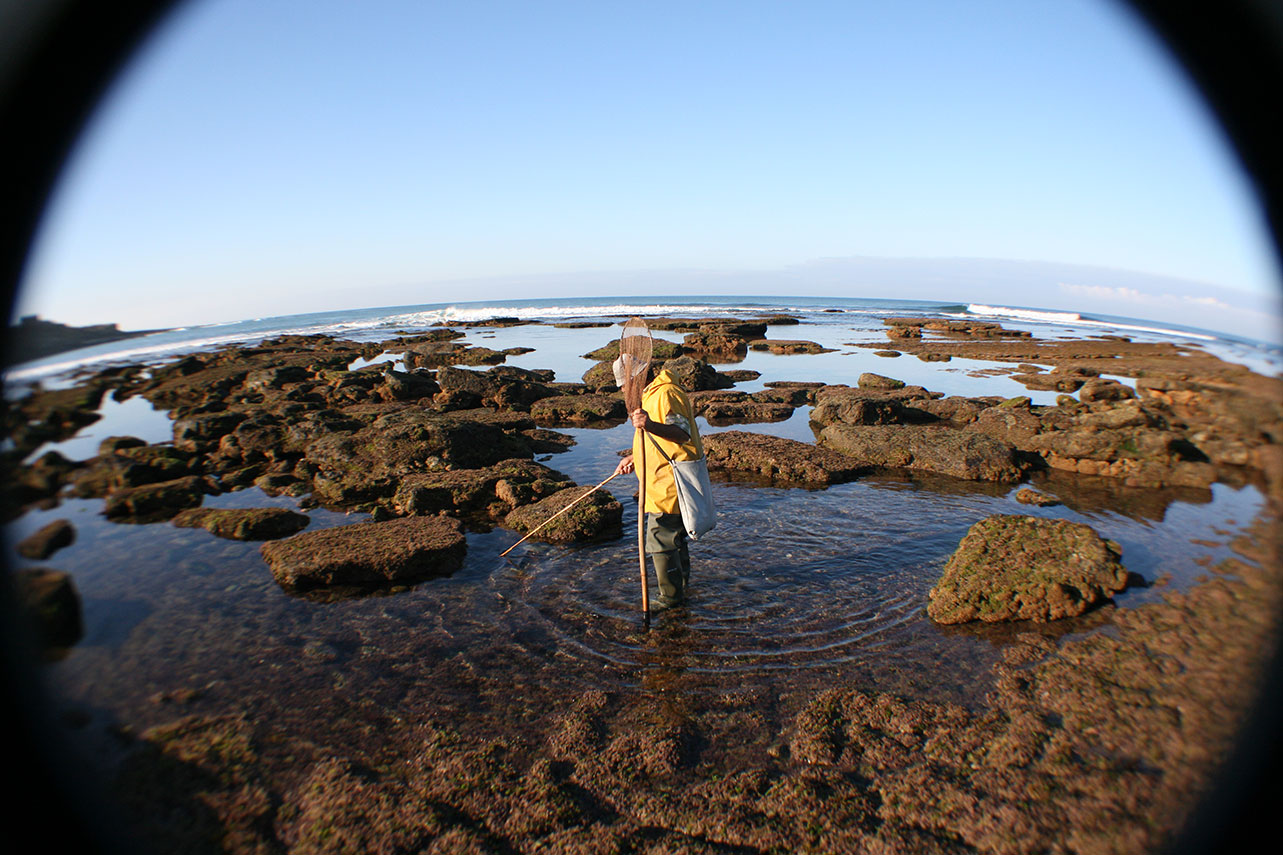 Playa La Misión, Baja California, Mexico. During the summer this beach barely has room to move, but in winter plus middle of Covid we saw very few on the beach. We're here every second Wednesday, while our kids are busy just up the road (although for some reason we were here on a Monday when this photo was taken, probably due to Christmas) 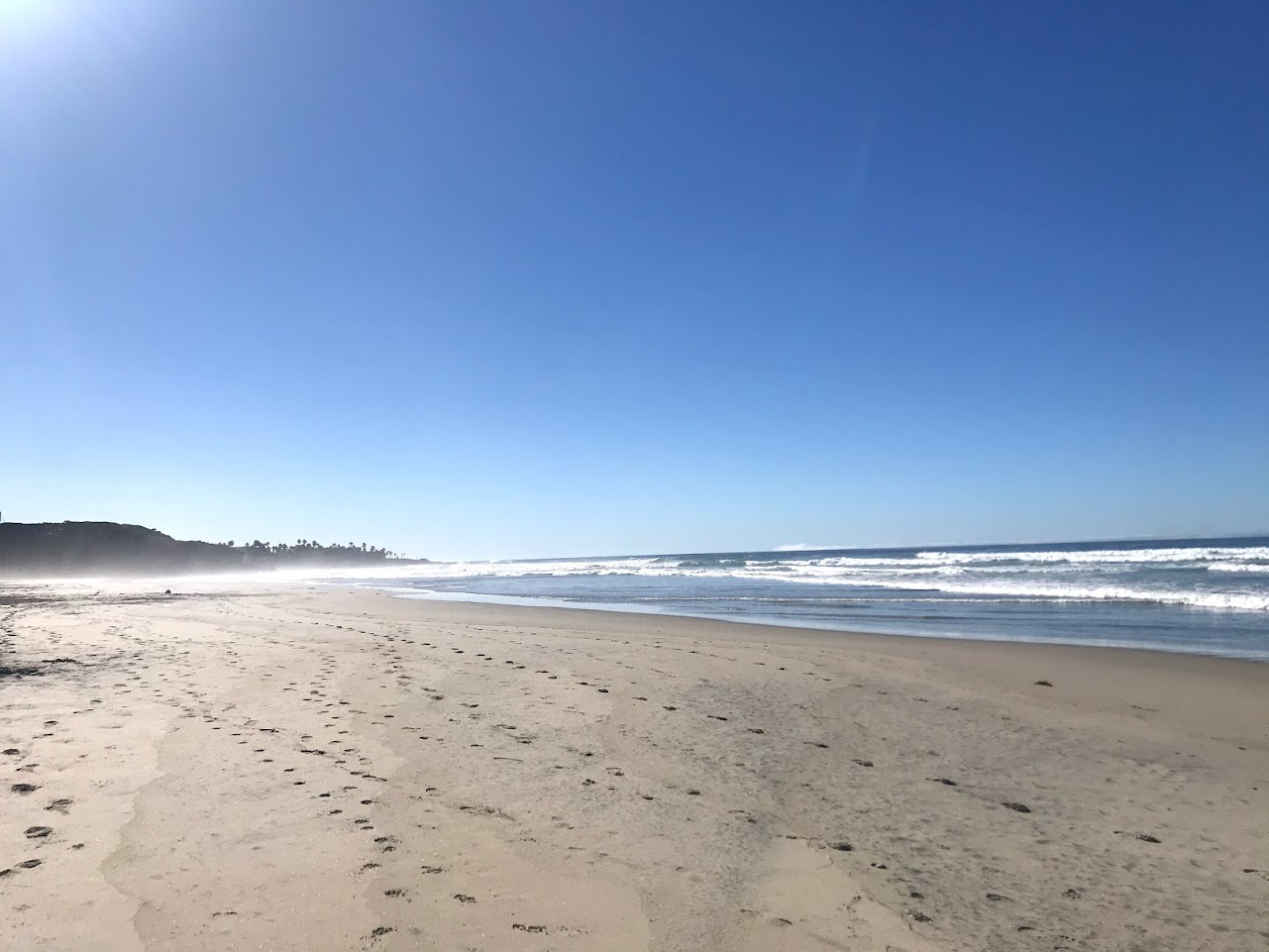 Sunset Key, as seen over my kids shoulders from Mallory Square, Key West, FL on Nov 20, 2019. My littlest never likes the fact that he has to sit further back and can't hang his feet out over the water (I would have let him, but the wife doesn't even like that the teens are LOL)

Photo taken by either me or my wife on an iphone. Google maps link 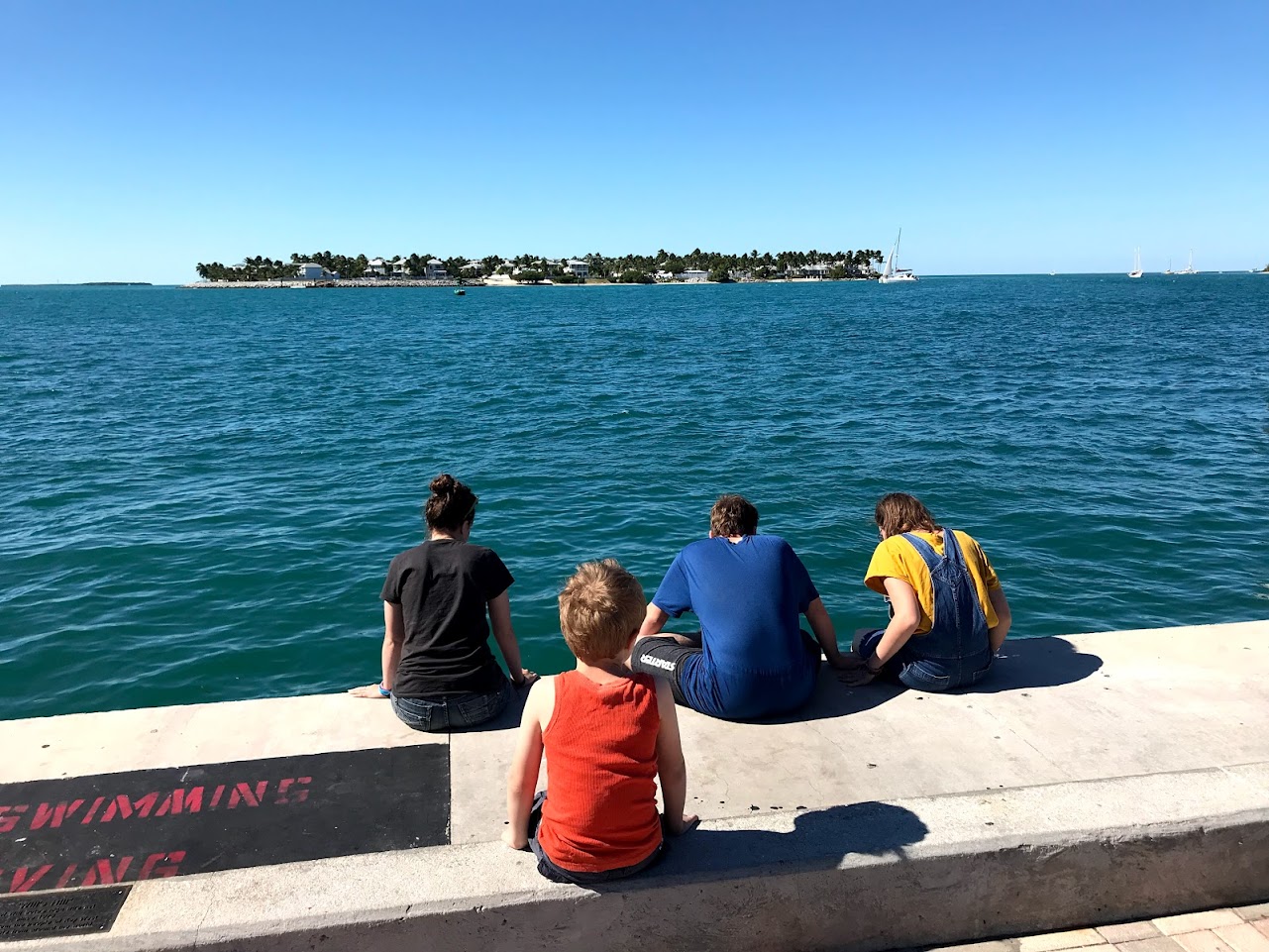