Today, Mark Mayo resigned as a moderator, claiming to be burned out on multiple fronts. I'd like to thank him for his service to the site as a moderator.

Mark was one of the site's initial beta moderators, appointed shortly after the site went into public beta, and was elected back into the moderator position in the 2016 election. He's also been the site's highest-reputation user for many years, contributing nearly 2,000 answers over the course of this site. In addition to that, he's won many site competitions: the April 2015 Answerathon and at least four photo competitions, not to mention others.

My first interaction with him (which I can recall) was when he put a bounty on one of my questions that wasn't receiving good answers. All my later interactions with him have been nothing but positive.

Please join me in thanking Mark Mayo for his service to the site as a moderator.

@gparyani Thank you so much for your kind words and a wonderful write up. I'm not going anywhere, just giving someone else a chance to put their stamp on a site and to enjoy the fun/challenges that come with a mod role ;)

I'll be in the chat occasionally as well of course :P

Thank you Mark Mayo for your service!

You are by far, the most generous user on Travel.SE (in terms of number of bounties offered): 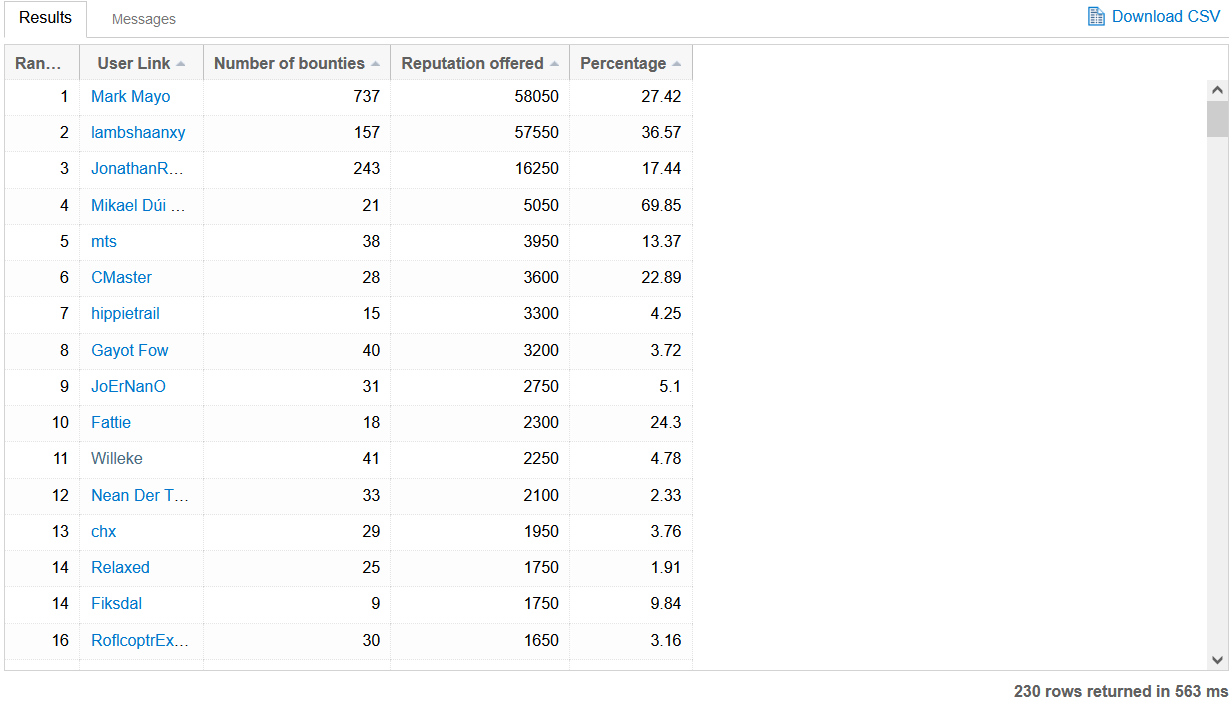 Your generosity is much appreciated and will definitely be remembered along with your hard work as a mod.

Mark, all in all I am happy to read this. Your health is the most important asset you own. Knowing that you recognise that something isn't well with you, and that you are making a conscious choice to take care of it and yourself makes me happy. Get well and keep in touch. You know where to find us! Talk to you soon, old friend.

Not the answer you're looking for? Browse other questions tagged discussion moderation .

2
Are answers being deleted too easily?
14
If you see sexist content, do something
4
What do you do with a question that appears to be interpreted not in a way you intended?
8
Not-accepted questions - do you have any?
10
April Answerathon - WINNER: Mark Mayo
12
Do you want hats? Winterbash 2015!
78
Thank You @GayotFow! RIP
6
April 2019 photo competition, "Road trip" (Read, rules are different.)
13
June 2019 photo competition, Animals interacting with humans