Stack Overflow for Teams is moving to its own domain! When the migration is complete, you will access your Teams at stackoverflowteams.com, and they will no longer appear in the left sidebar on stackoverflow.com.

Check your email for updates.

The theme for our October competition is: Impossible Travel.
Locked gates, blocked roads, abandoned stations, wrecked boats, etc suggested by my friend Mike (who is not on TSE.) (Put on the topics list by Willeke.) 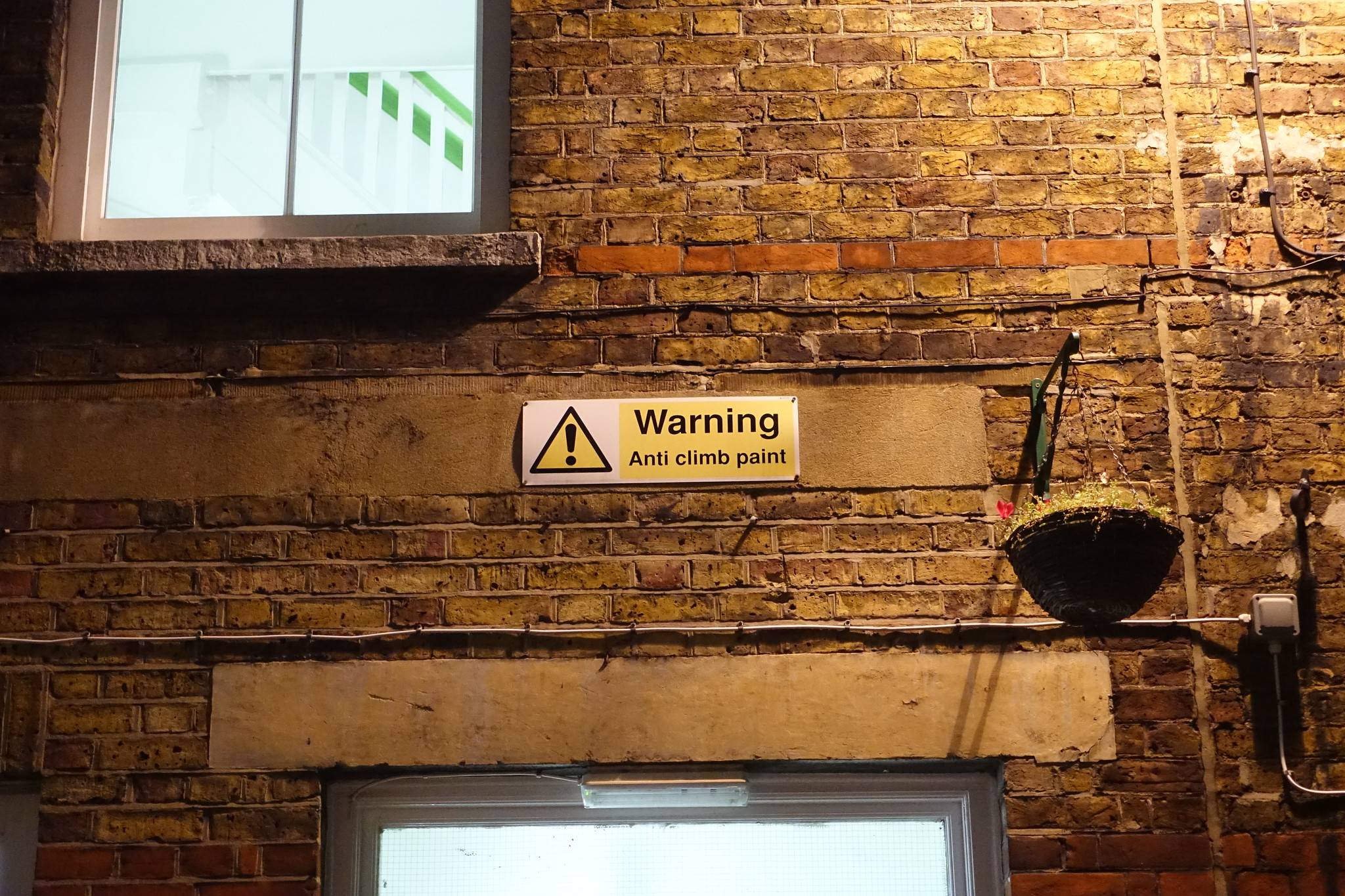 I have no idea what anti-climb paint is, or why it was necessary to use it or to warn of its use. But, I guess, it's now impossible to climb this wall. 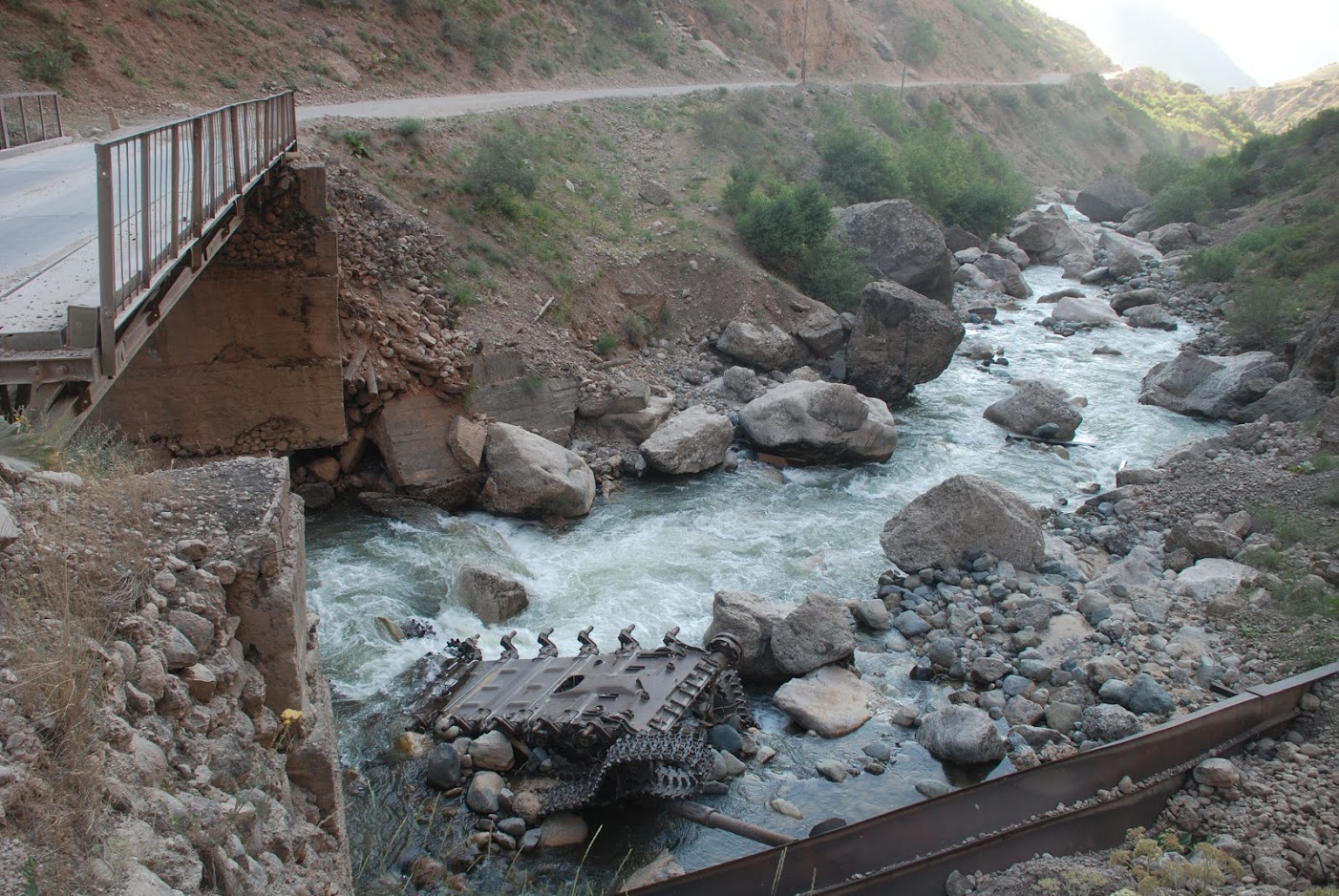 I actually wish I had photo / video of the time two elephants charged me in a game reserve in South Africa. I had to reverse at full speed, swearing as they gained on us.

However, I do have this, where the silly zebra refused to move. Animals get right of way! 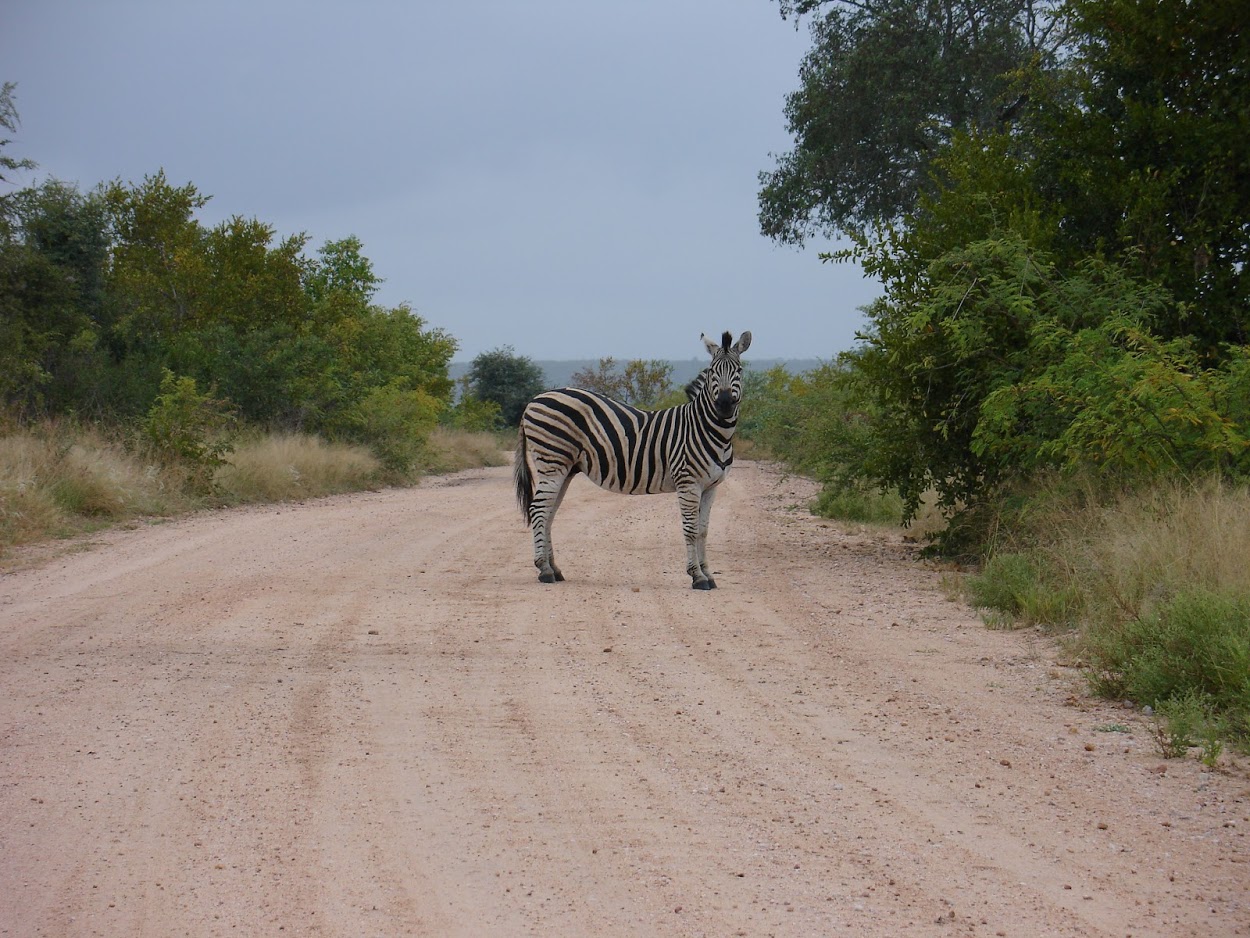 One of the few Ferraris it‘s impossible to travel with. 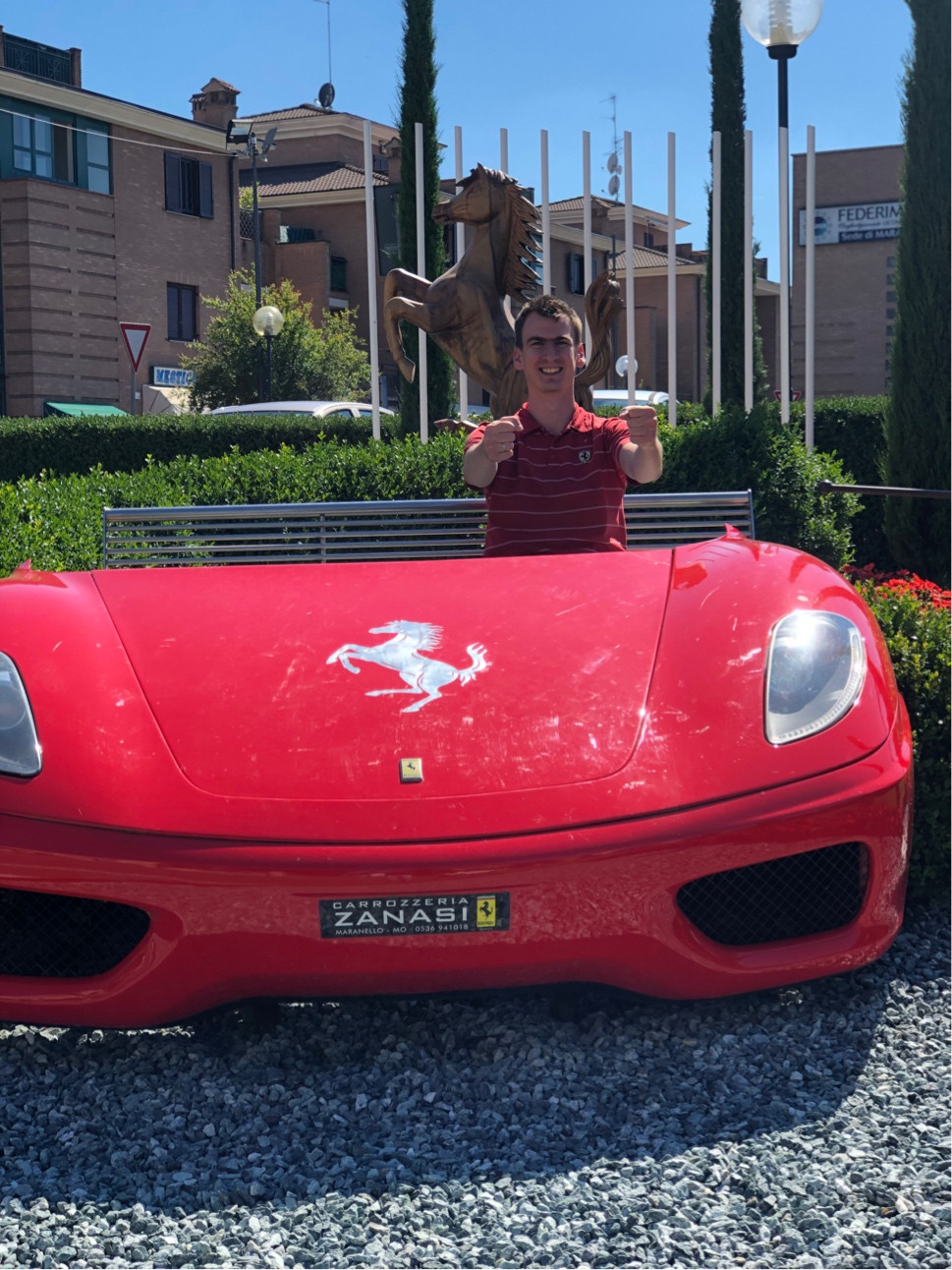 Another animal blockade, encountered around Christmas 2019 on Easter Island: 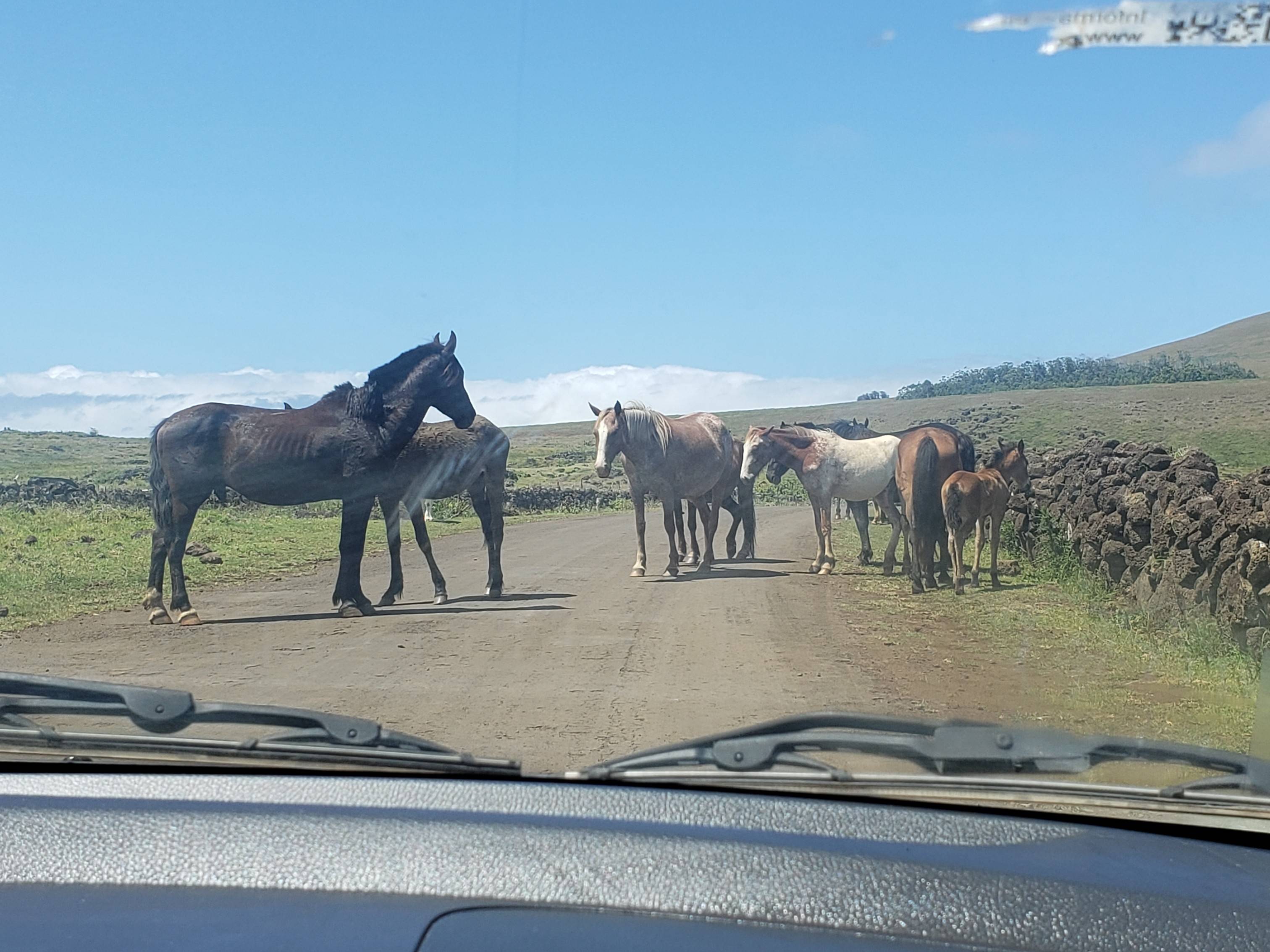 which made me wonder when the road is blocked by animals, what's the proper way to proceed?

This little guy was crawling across the path in a conservation area, and wasn't making much progress even without my wife's foot. (We did let him go on after the photo - I really just wanted the foot for scale) 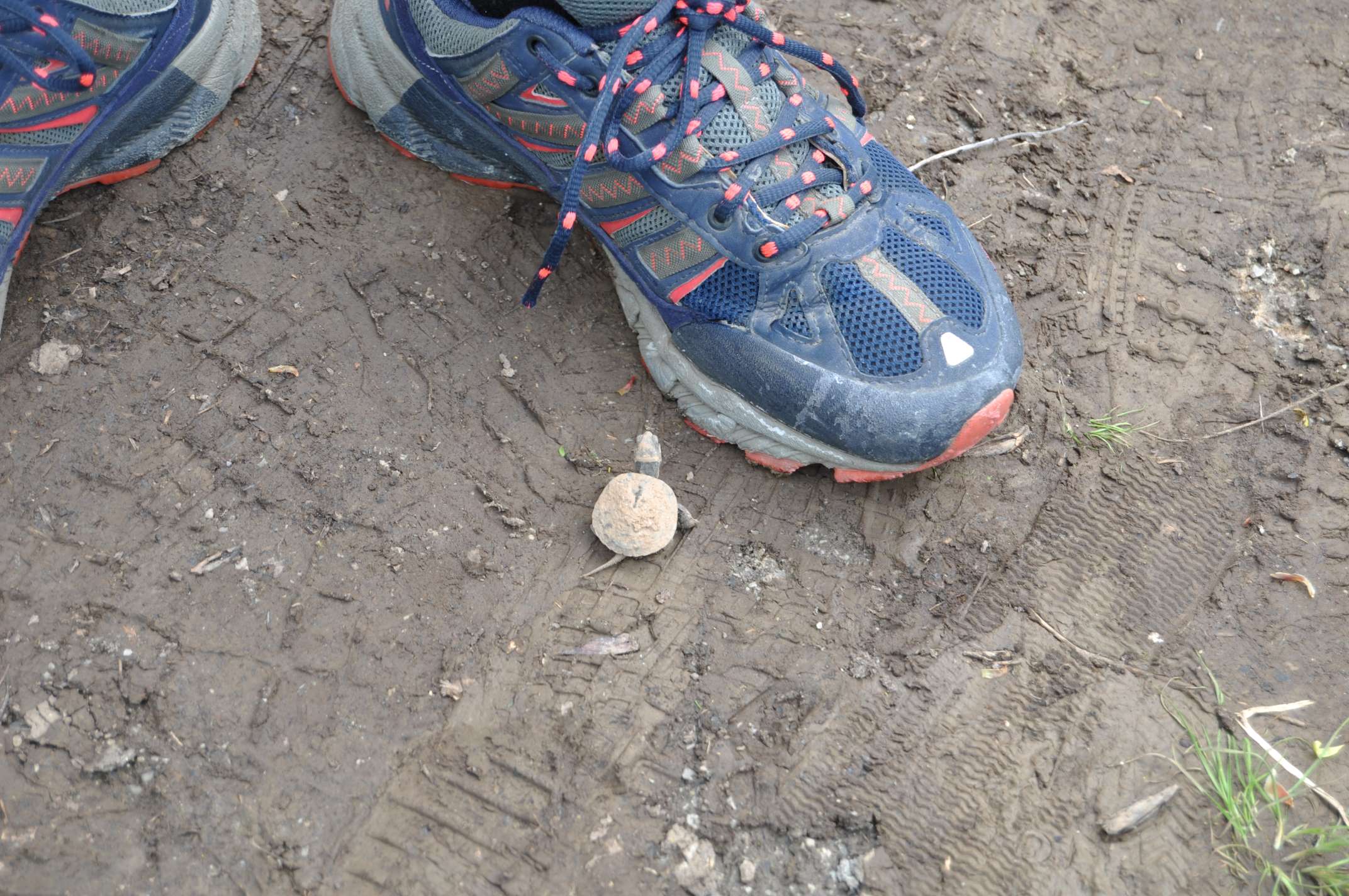 The local people always disliked people climbing their sacred site, and as of 26 October 2019, the climb closed forever. It's now (legally) impossible to climb Uluru. 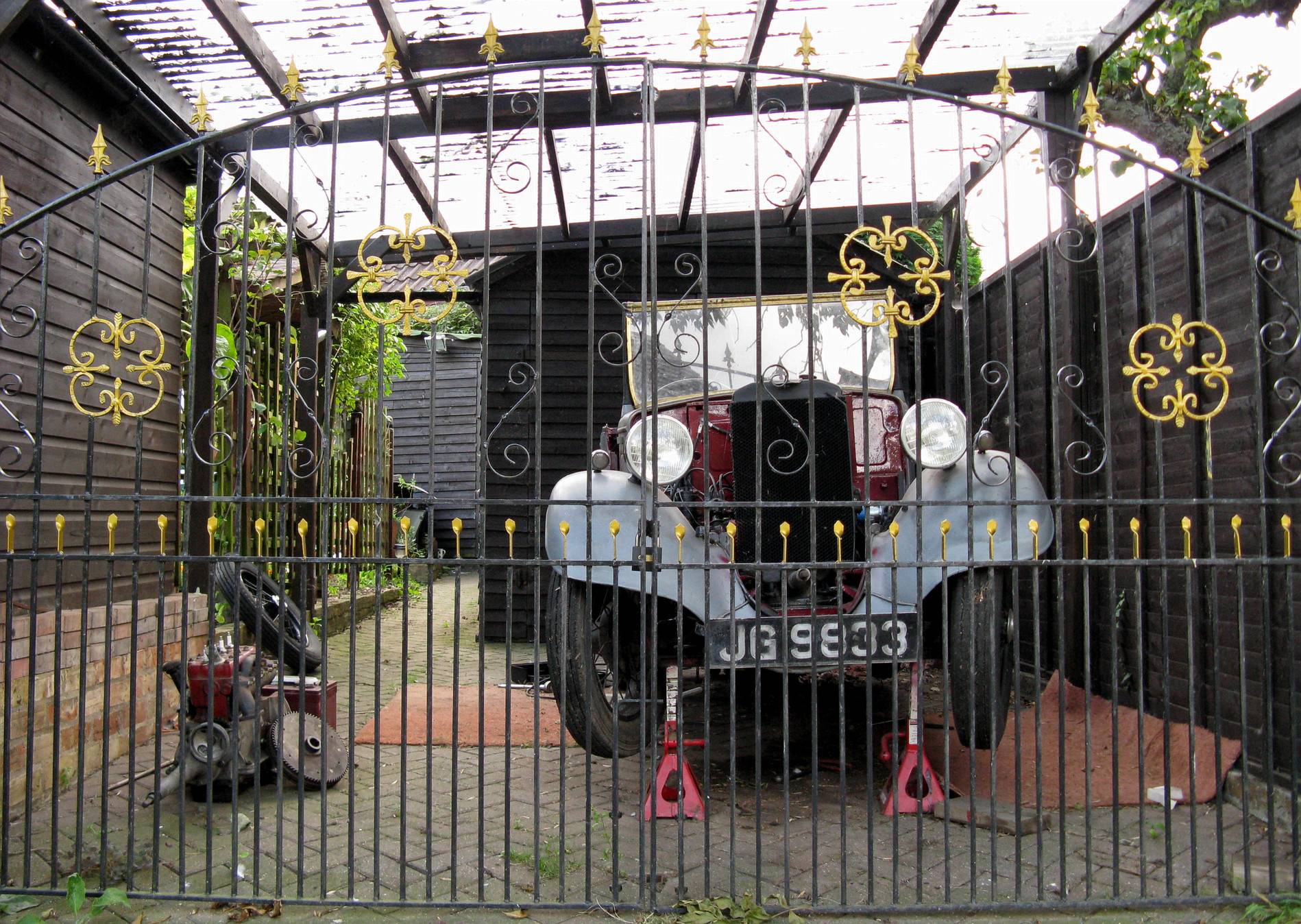 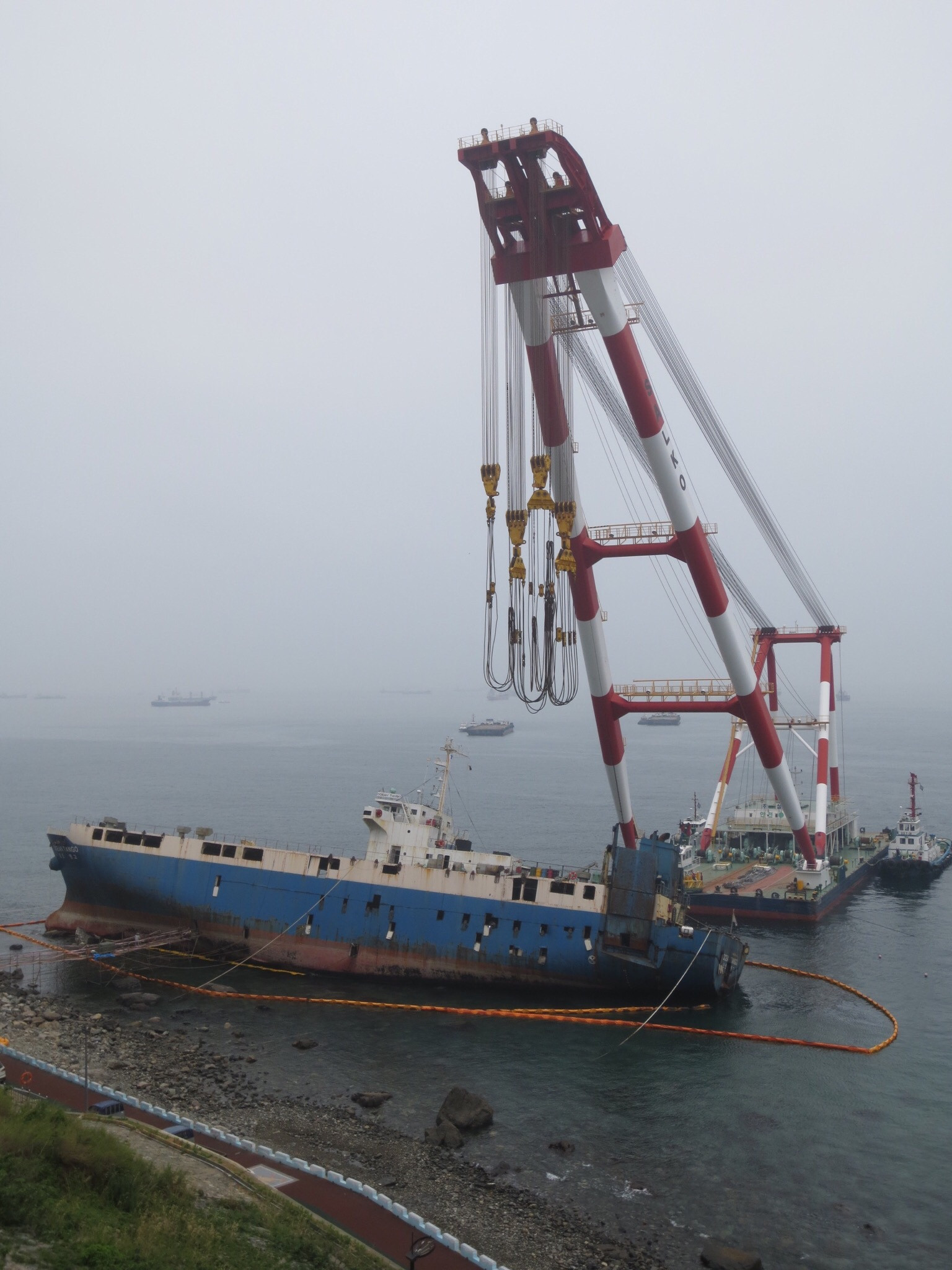 Taken by me, June 2016, near Busan, South Korea. This is the wrecked ship “Ocean Tango”, which ran aground April 17, 2016. The ship was cut into sections, which were then taken to a scrapyard. Not only was the travel of this ship made impossible, the cars that were going to be its cargo had to be taken by another vessel.

In these times of Covid, travel options are very limited. For some it's about closed borders and limited flights, for some communities that means isolation from most of the surrounding world. In Canada, many First Nation communities are protected from the propagation of the virus with bans on visits to their community. Some are enforced with checkpoints on a road access to the community, some like here in Manitoulin Island have a sign to prohibit stopping in the community.

Taken during the 2020 summer on Manitoulin Island, Ontario, Canada. 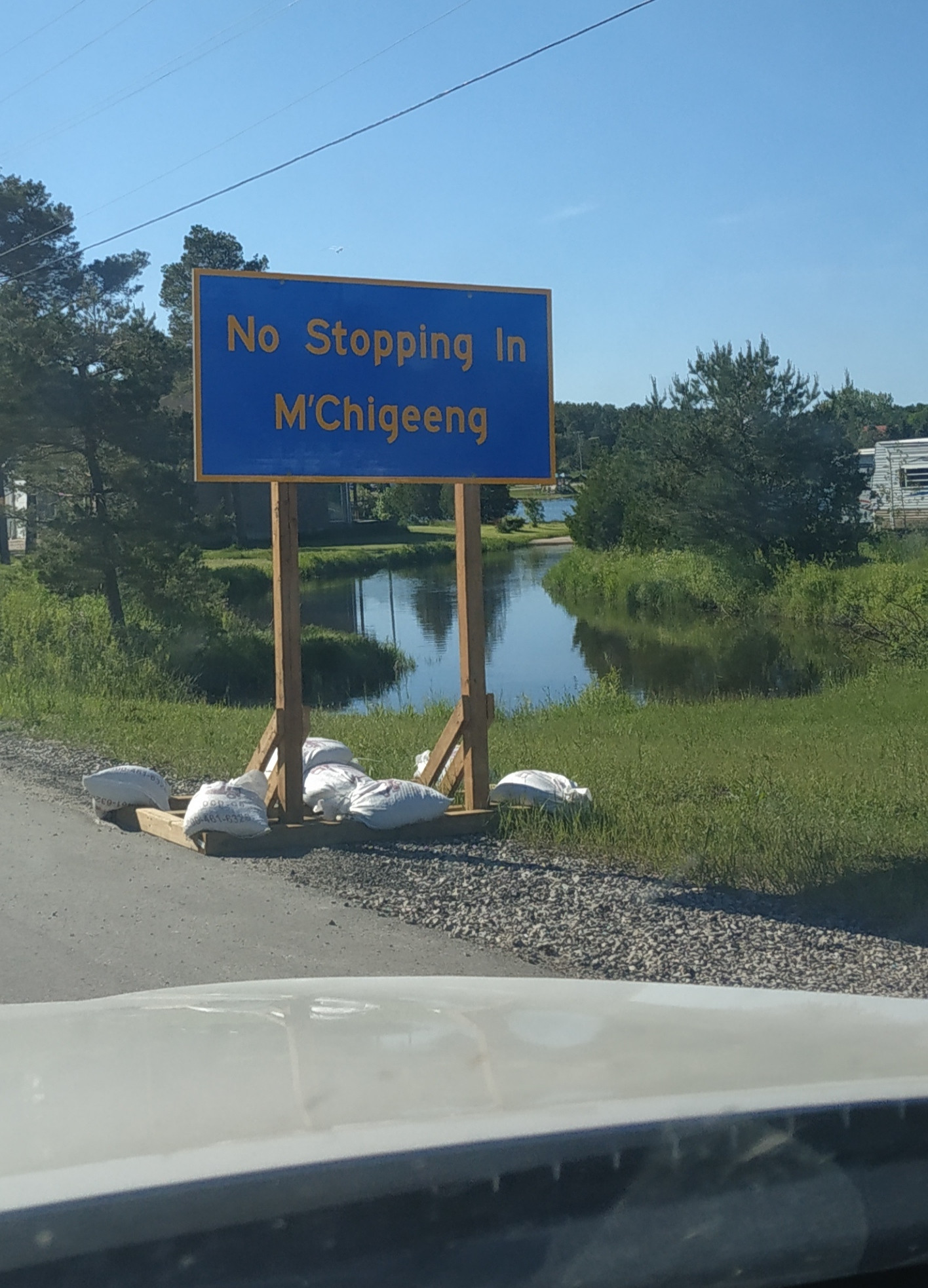 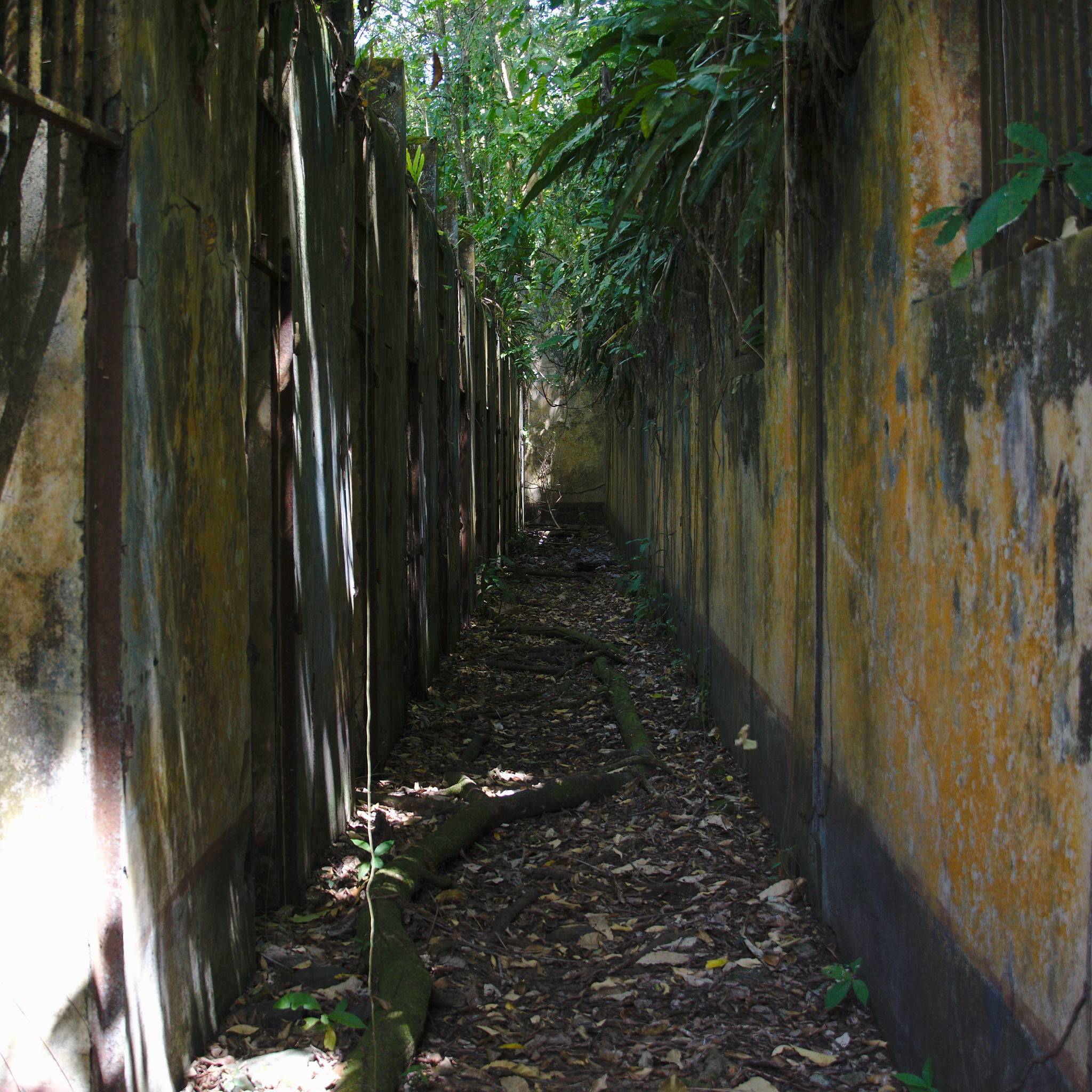 The once-fiercely-impossible solitary confinement barracks on Île Saint-Joseph in French Guyana (part of the Îles du Salut, which also include the more evocatively named but less harsh Devil's Island). While humans weren't generally allowed out of here, iron bars can't stop the plants from getting in. What was once a site of unimaginable hell is now an extremely pleasant tourist boat ride. 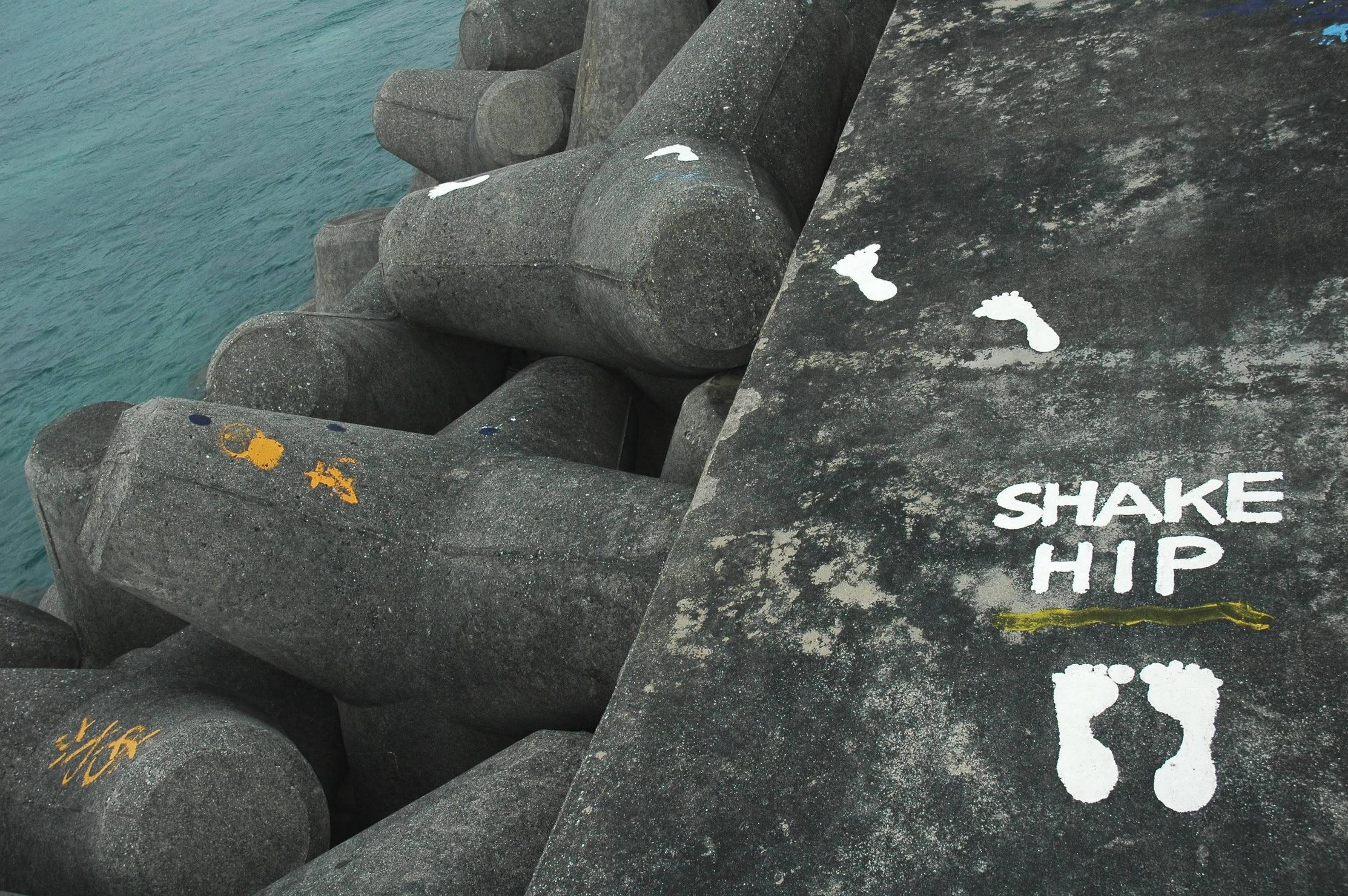 Shake hip and follow the steps... into the Pacific Ocean at Yonaguni, the southernmost island in Japan. Perhaps you can swim to Taiwan, just 70 km away? 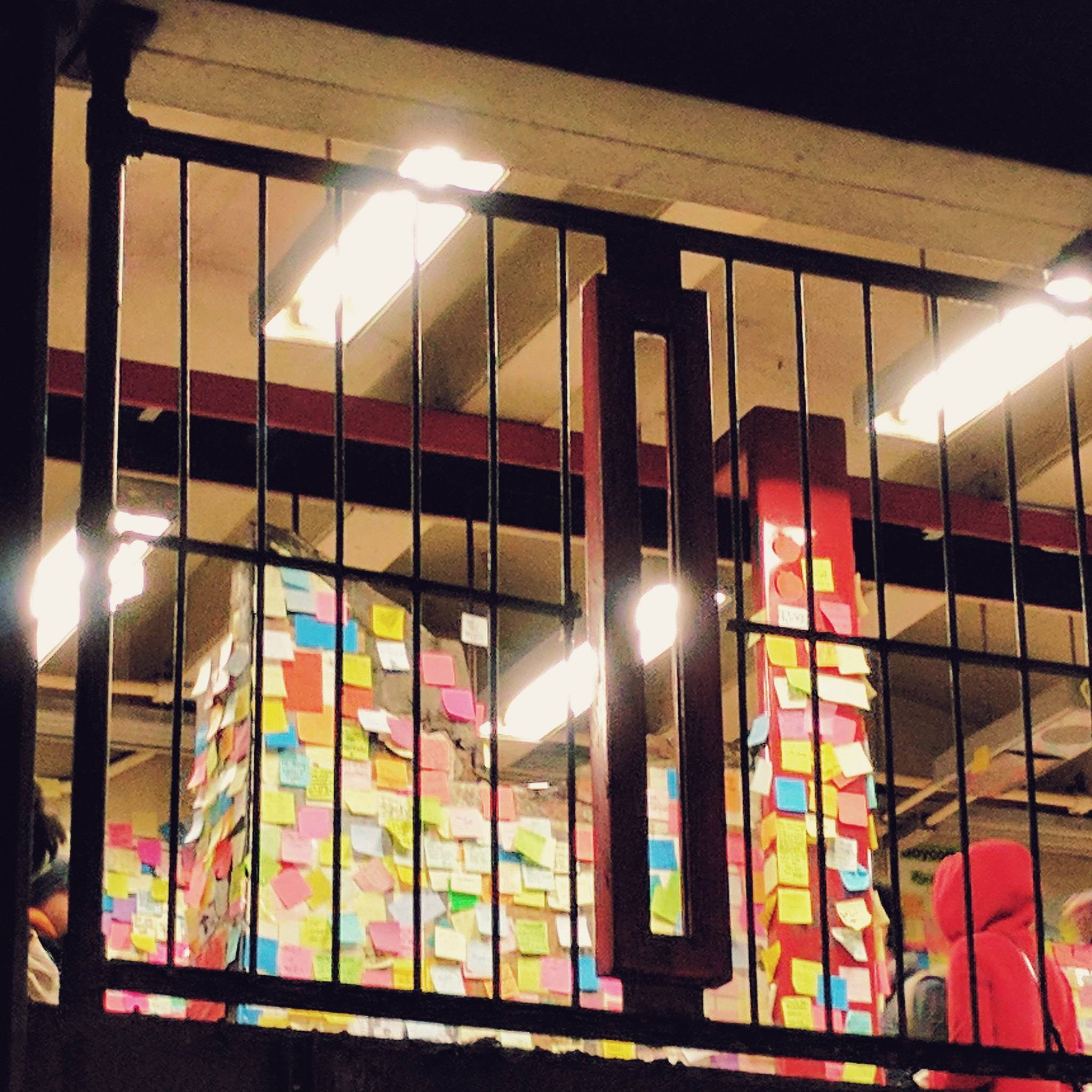 After the 2016 election, New Yorkers wrote their thoughts on Post-It notes and put them on the walls of the subway station. Hope feels even more impossible when there's a fence between you and the community coming together.

This photo was on November 23, 2016, at the Union Square subway station in New York City.

I wonder what'll happen this year.

Last year I took part in a drive of some sport cars through Germany and Benelux. Unfortunately the german police didn‘t really like the idea or the way of driving of some cars. They blocked the road for 2 hours and checked our papers, but at the end everything was fine and we were allowed to continue our trip 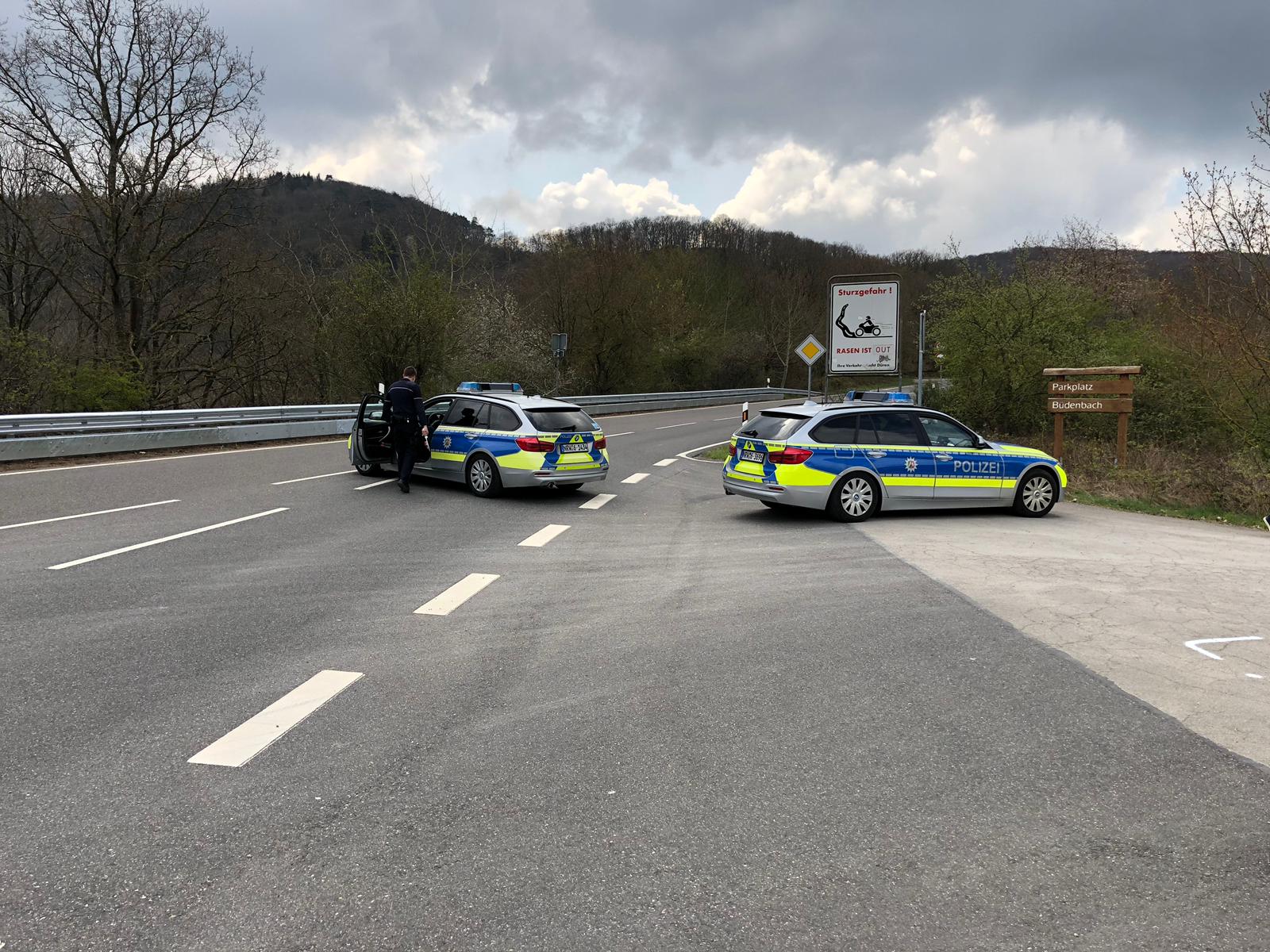