September 2020 photo competition, Something Small, from or for your travels

The theme for the September photo competition is "Something Small" (proposed by Willeke).
Essentially, this covers any photo of something that is small. I would say as a guideline, it should be small enough to pick up (if not attached) and ideally smaller than your hand.
There is no need to use special lenses for your camera but it is allowed.
The photo has to have something to do with travel. Either taken while traveling or of something you need while traveling.
To give you inspiration: Single flowers or several small flowers together. Insects. Toys, including toy trains. Items of food.

If you'd like to suggest a theme for a future photo competition, please add it to the list of possible photo competition topics. Also, you can join us in chat to help us make the decision on which topic to choose

Kuba has won the most votes, and thereby the bragging rights, for the Portugese man o' war photo.
Vince has won the virtual prize for the Rose photo, you can read what the actual prize is in a comment to his answer. 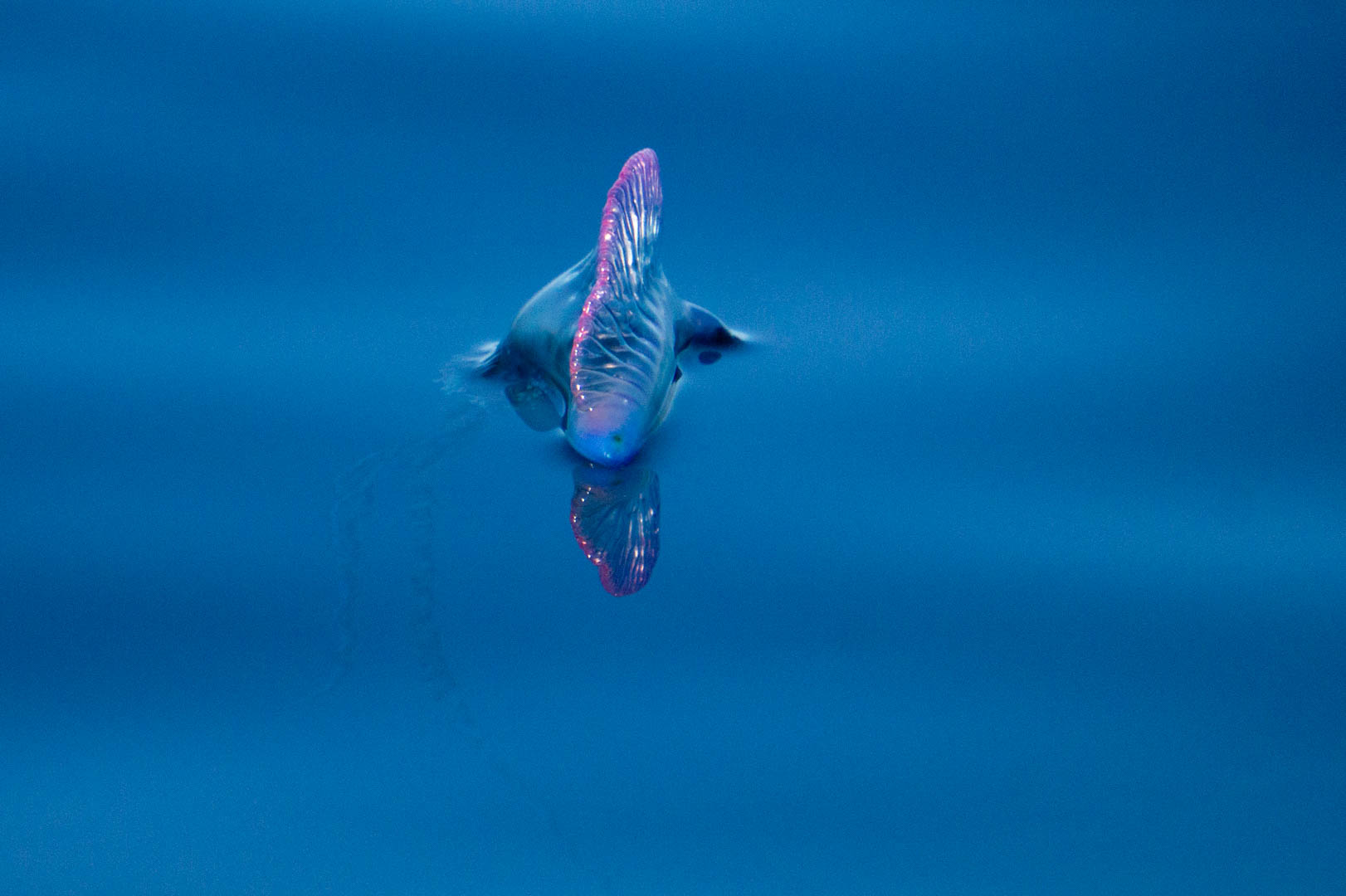 Portuguese man o' war (Physalia physalis), near São Miguel island in the Azores. Taken from a boat while looking for dolphins and whales.

If I recall correctly, the photographed part was several centimetres long, with larger tentacles (barely visible on the photo) underwater. 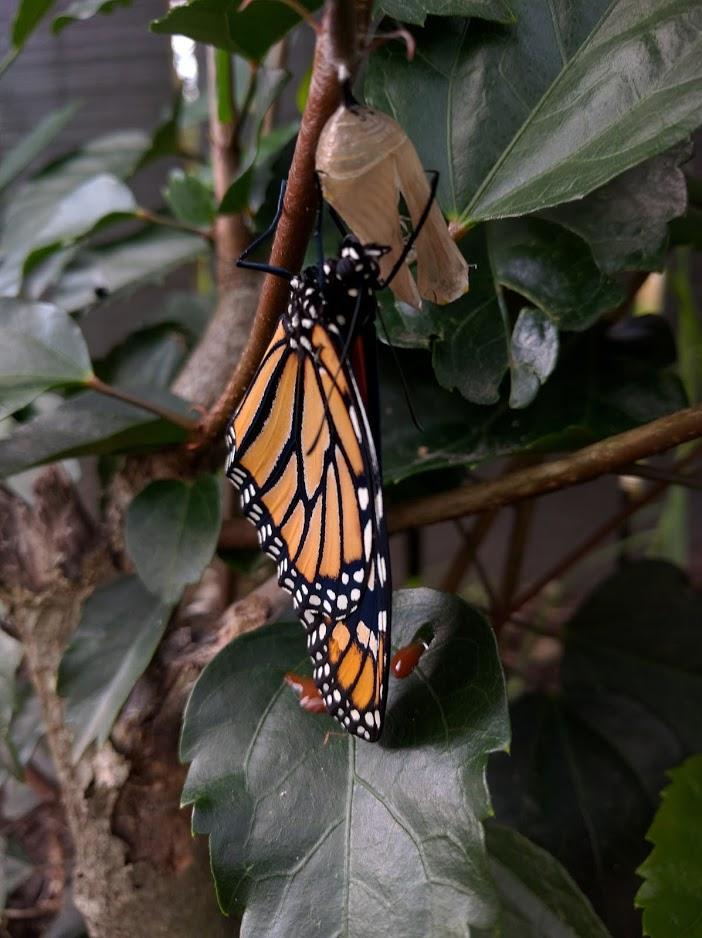 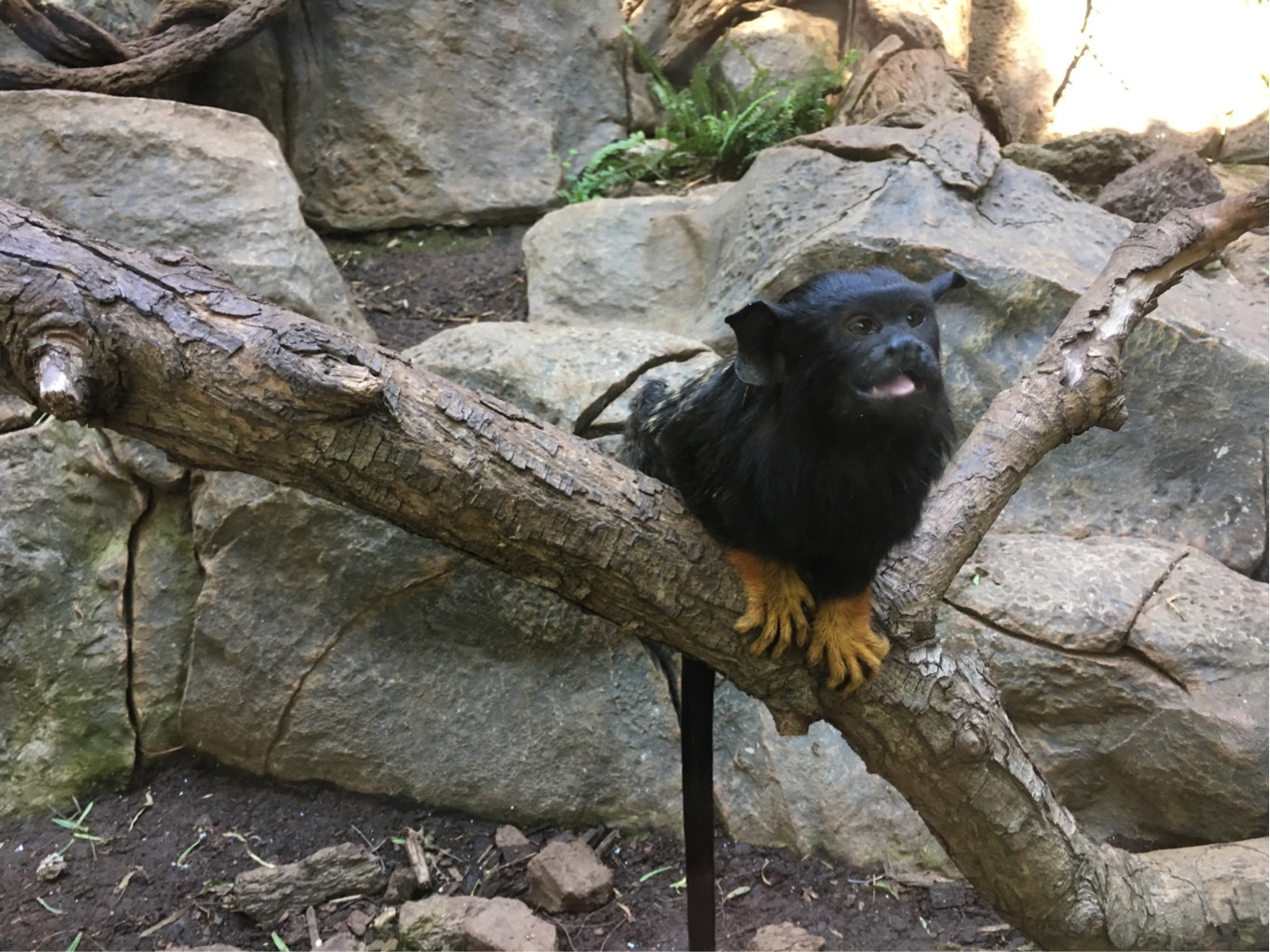 Unknown small animal (any hints are welcome) in the Loro Parque in Tenerife, Spain. 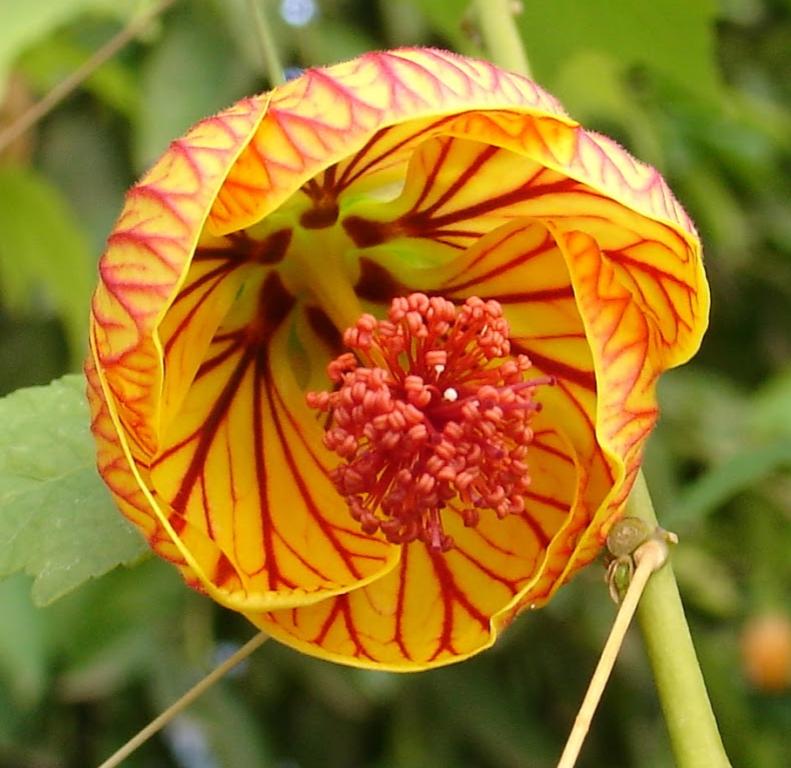 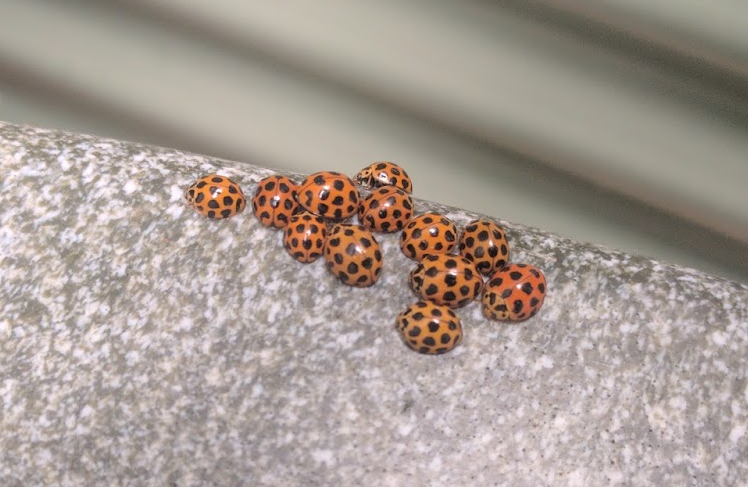 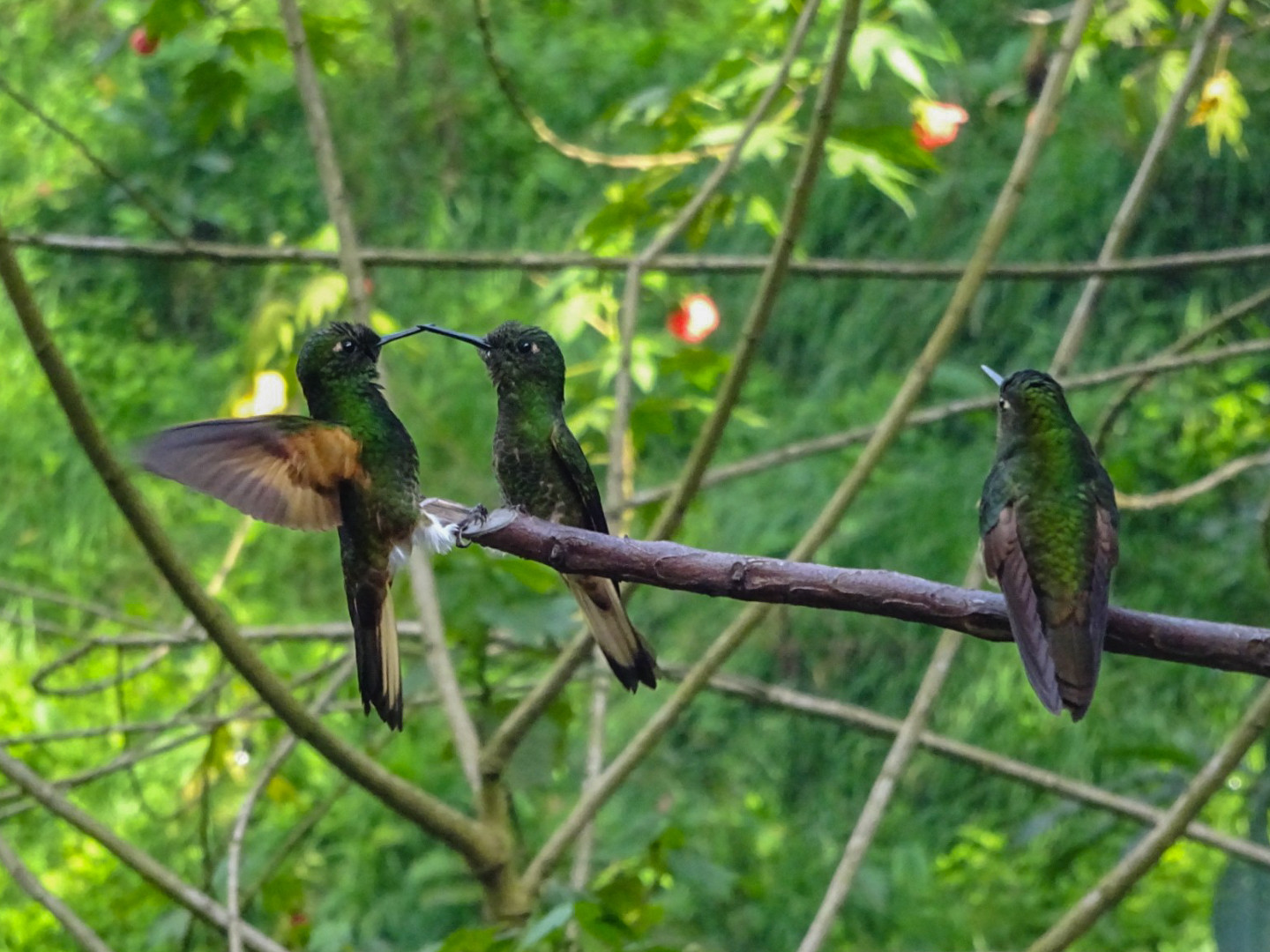 How small is Ganesh? Hardly bigger than a pin. 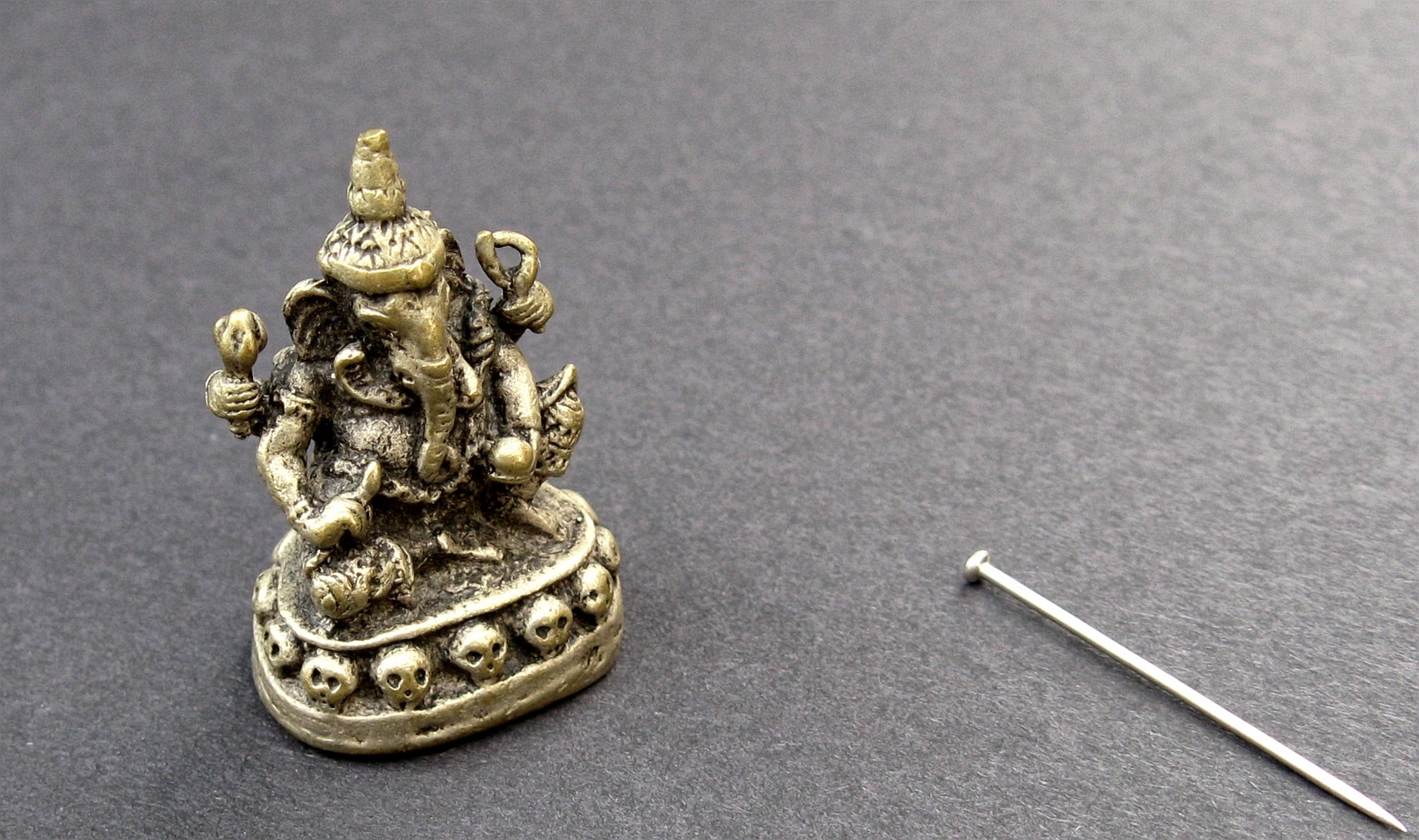 I bought this in India in December 2001. Photographed in September 2020. 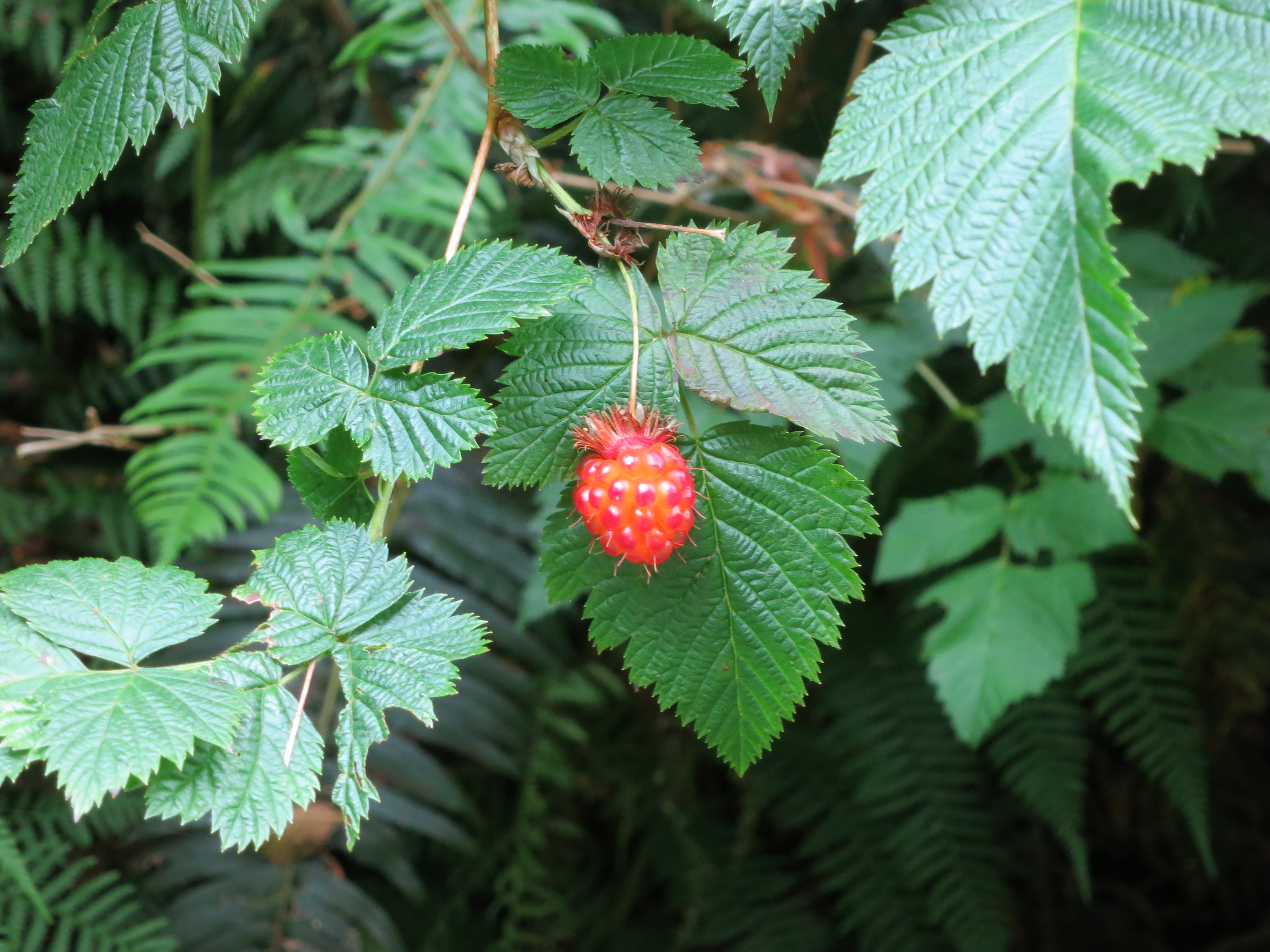 Just this one berry I saw in the Northwesternmost corner of the continental United States, in the Makah Reservation near Neah Bay, Washington, on August 10, 2012. 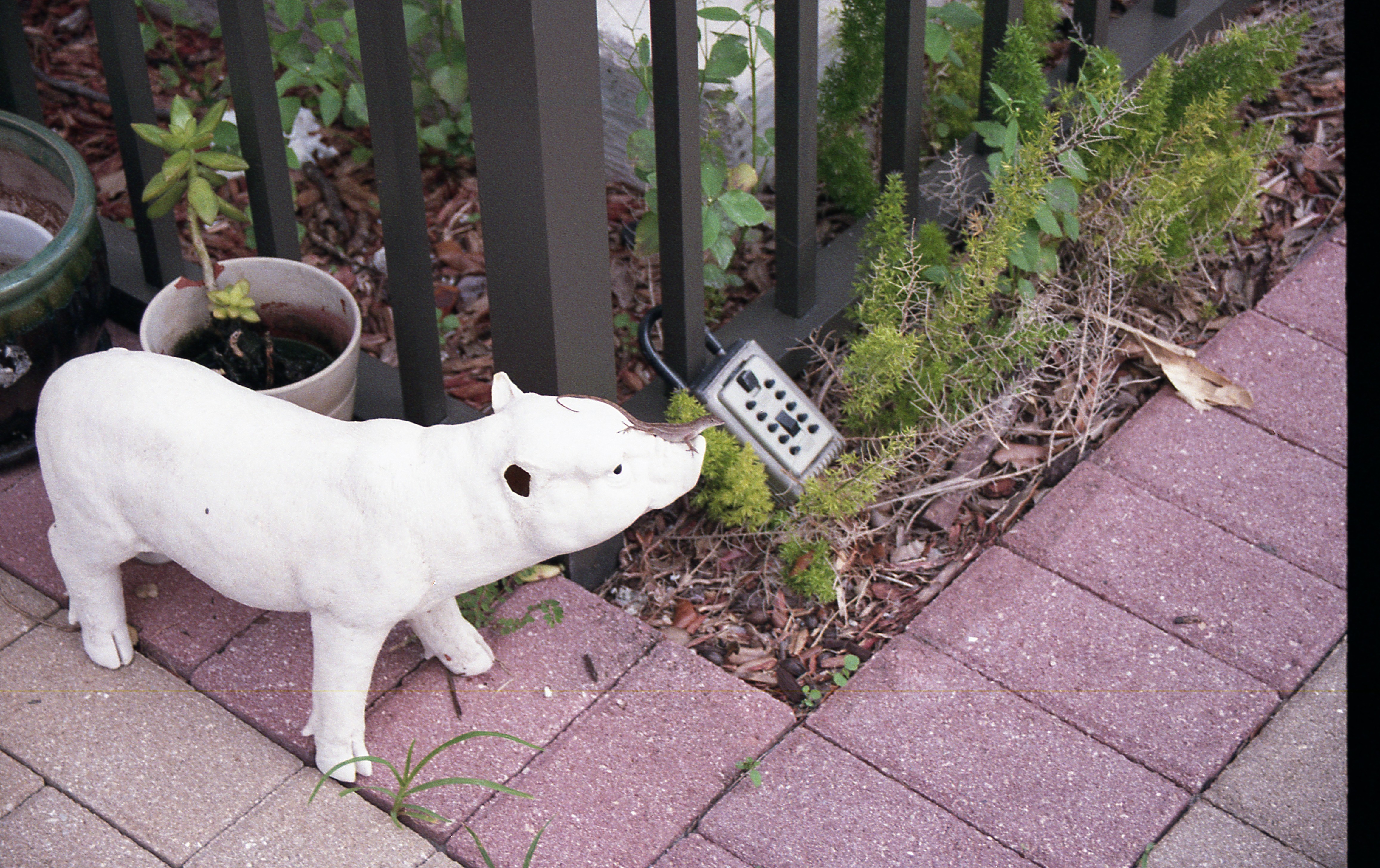 A (real live) lizard standing on the nose of a porcelain pig, seen in South Florida. There are quite a bit of lizards there, and you often see them quickly moving out of the way wherever you walk.

Taken in July 2019 on Fujifilm Fujicolor 200 film. My scanner didn't properly recognize the boundaries of the image as I was scanning the film and scanned a bit too much to the right, hence the black bar on the right. 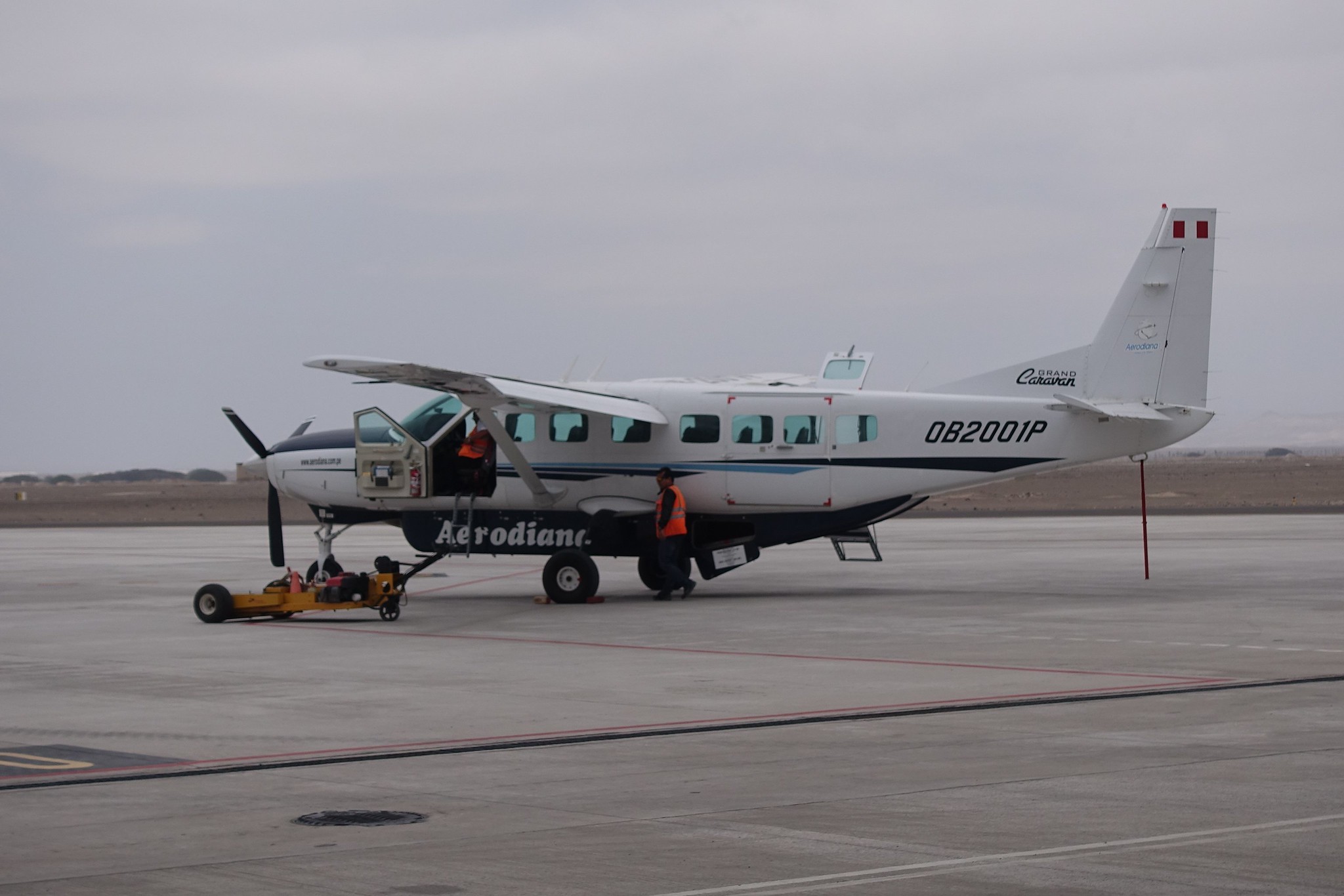 Maybe not so small on an absolute scale, but pretty darn small for an airplane. This is for a flight over the famous Nazca Lines from the otherwise almost-unused airport at Pisco, Perú, on September 9, 2017. 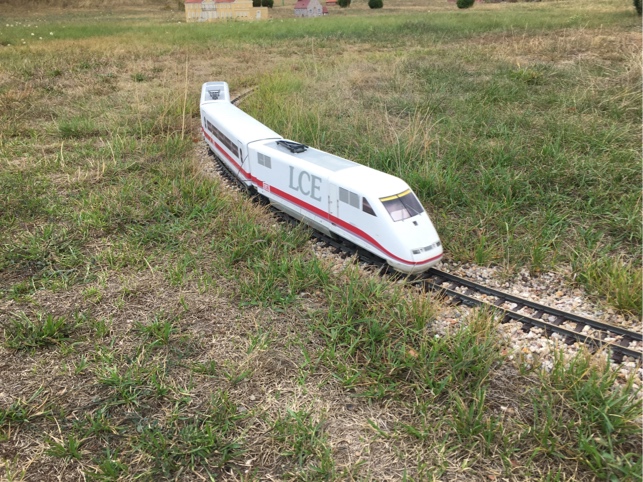 Model of an ICE train in the miniature park in Berlin, Germany. 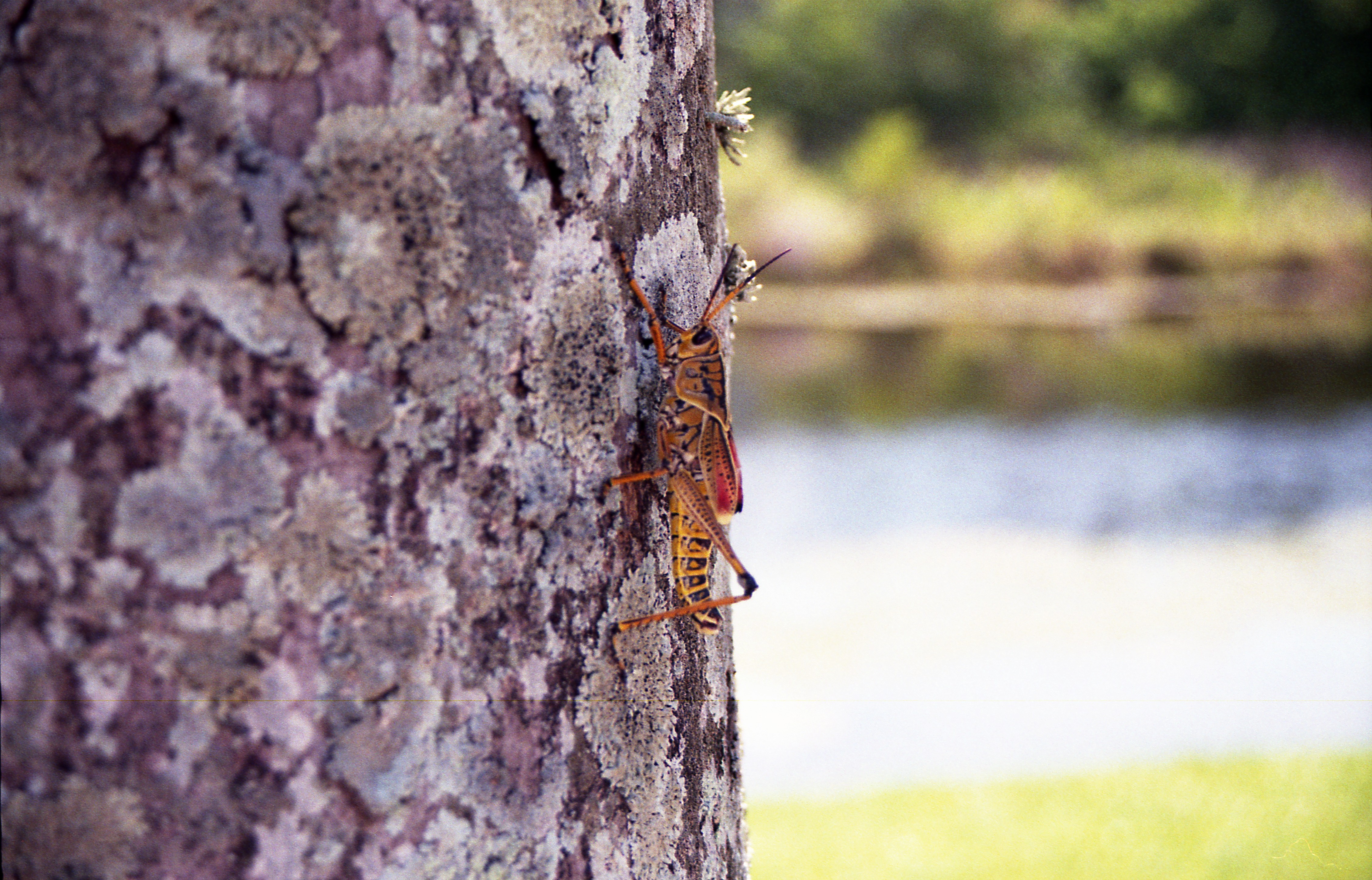 An orange grasshopper-like insect, seen in South Florida. Don't know the exact name of the insect, but there were many of these hopping about in the area I was staying. 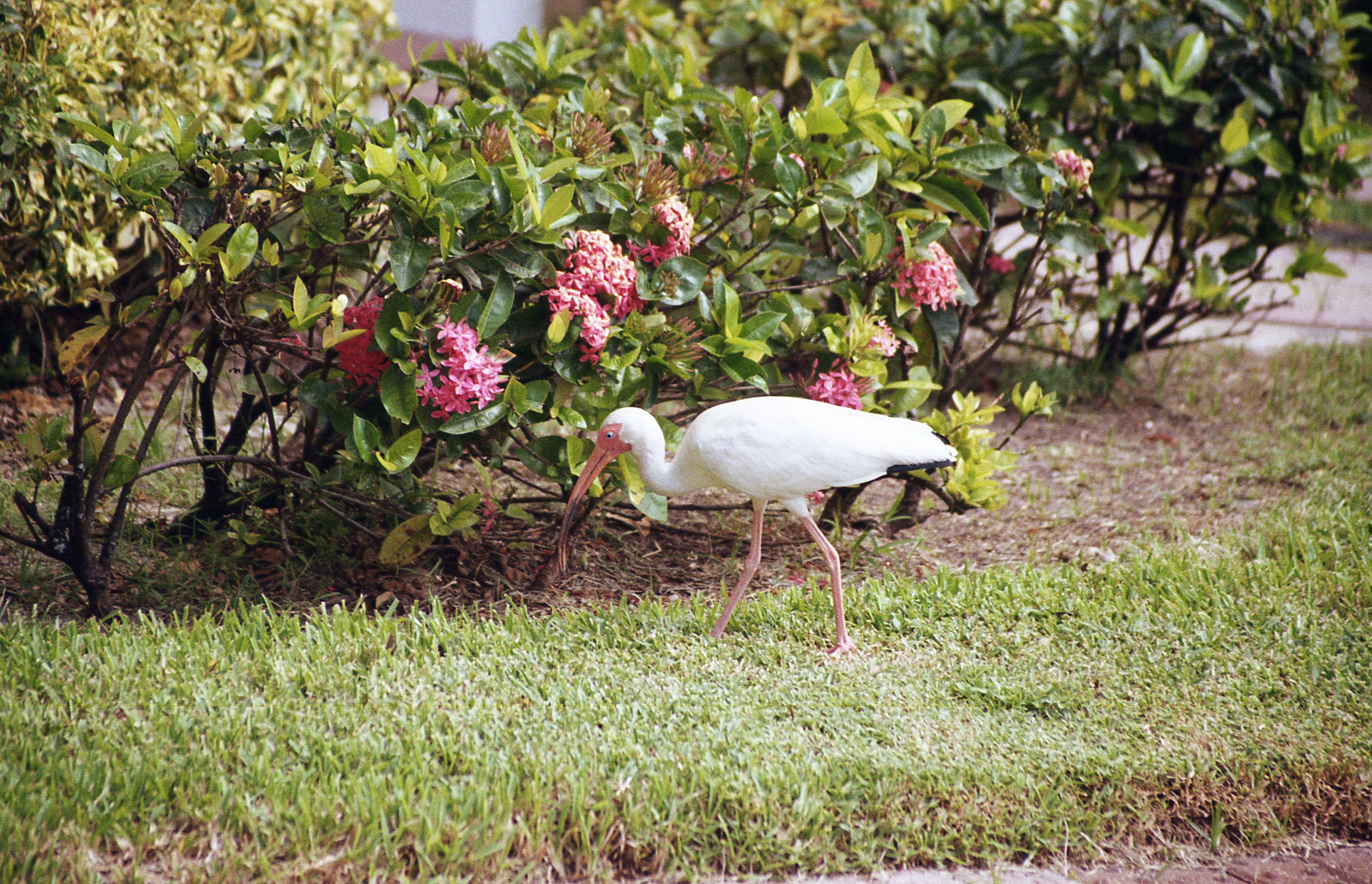 Not entirely sure if this counts, but I spotted this strange bird one day walking around in the neighborhood I was staying in South Florida. The characteristics of this photographic film make it pop out like a cartoon and so I figured I should share it. 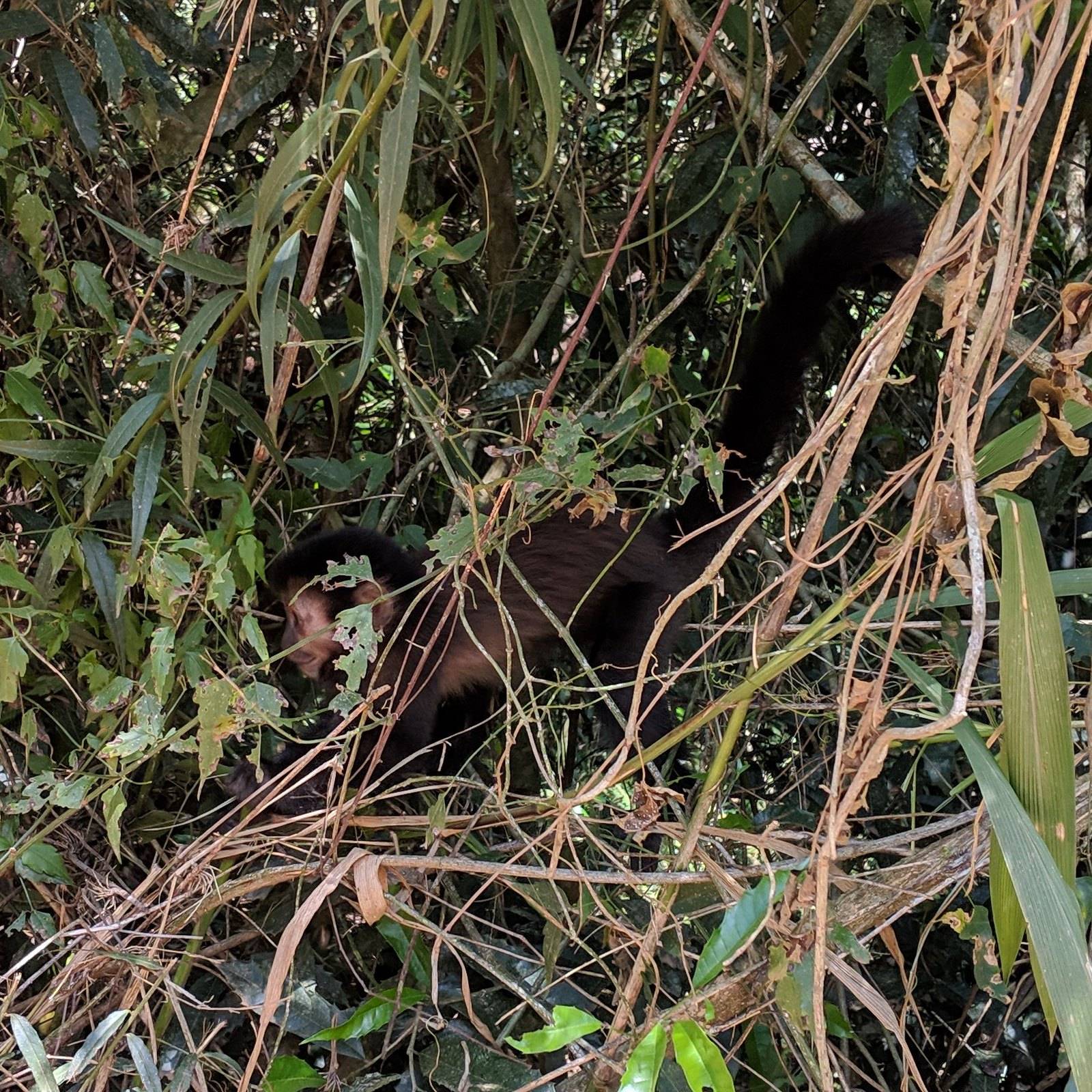 On that beach - which was a backyard, really - I noticed right away these little pink flowers, just a small pot and a few flowers on a plant. The very colorful plant and flowers contrast with the very arid white sand.

It reminded me of the Little Prince story where the main character lives on a tiny empty planet with a rose. In both the story and this picture this contrast is present.

That's my small item encountered on a trip. 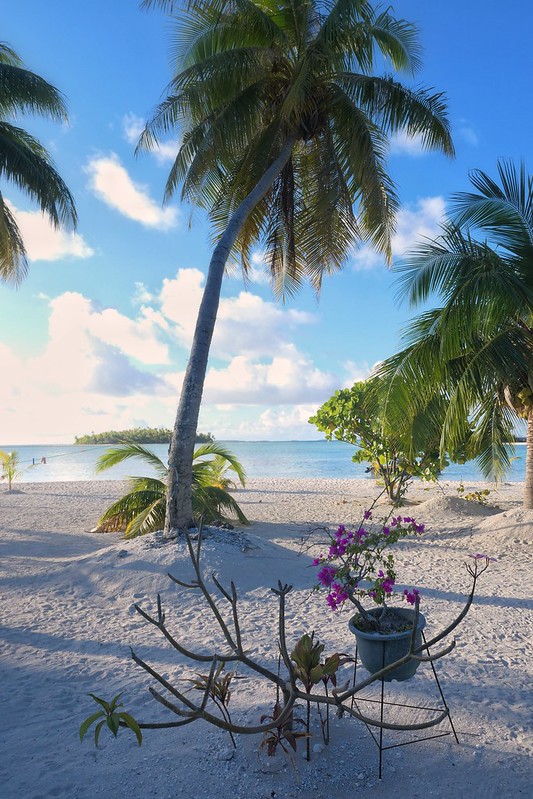 Taken in September 2019 on a motu of the Tikehau atoll among the Tuamotu archipelago, part of French Polynesia in the South Pacific Ocean. 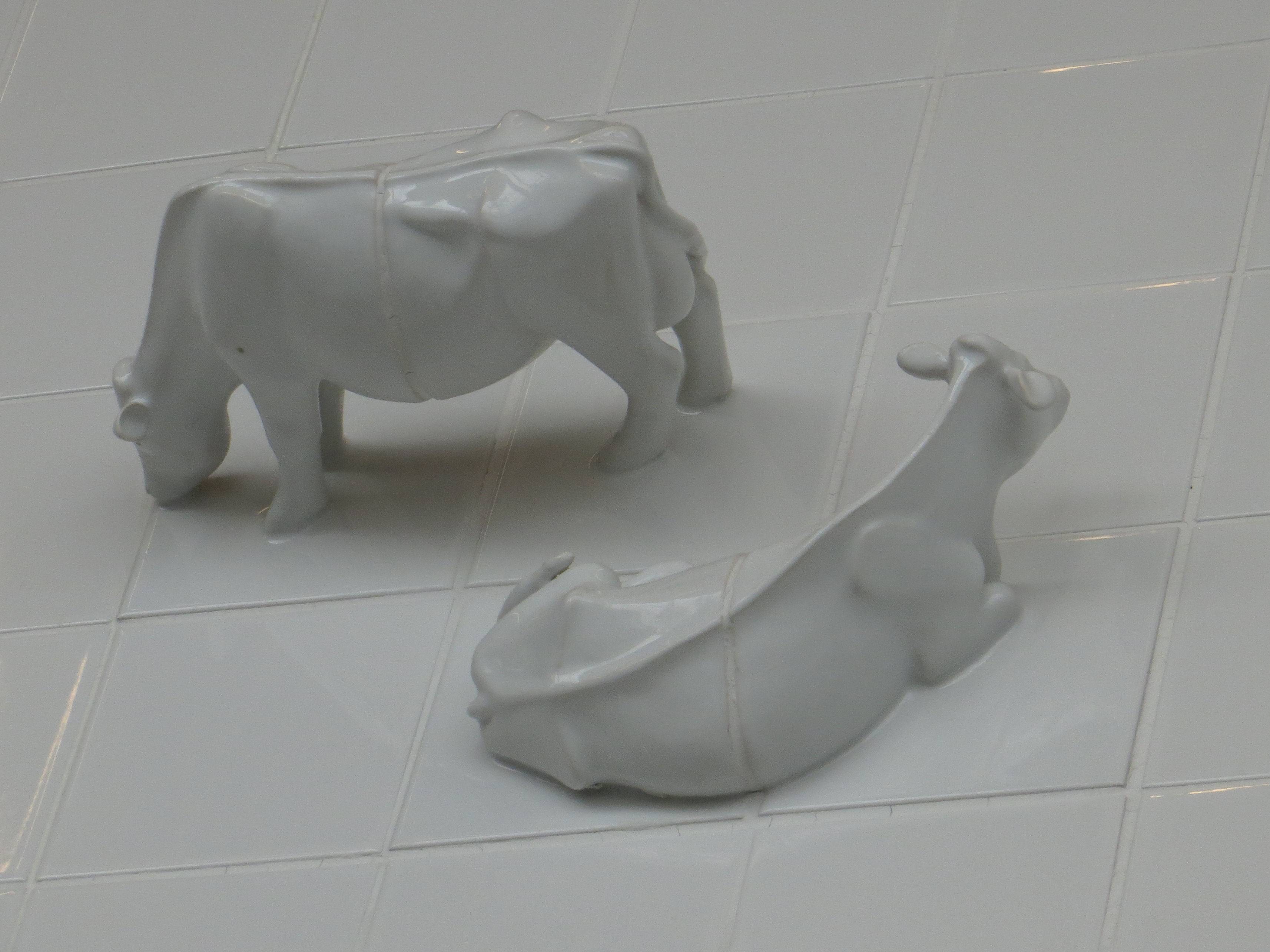 These two cows are a small part of an art installation, This is Holland, by Douwe Dijkstra, dated 2016. Schiphol, Amsterdam airport, the Netherlands, near Pier D I think, behind a store with Dutch souvenir items.
This photo was taken 12 July 2019, as part of a series. There are some more on a website where I can post photos.
I have not made a note of the size of the tiles, but I think they are the standard 10x10 cm, so about 4" x 4".

The tiles are wall tiles, so the cows stand at a 90 degree angle to what they do in the real world.

I have covered a collection of miniature bottles, (series of photos here,) which accompanied me on many a travel. I often go to meetings of the IGKT and IGKT France, and show them there, as well as other knot work. 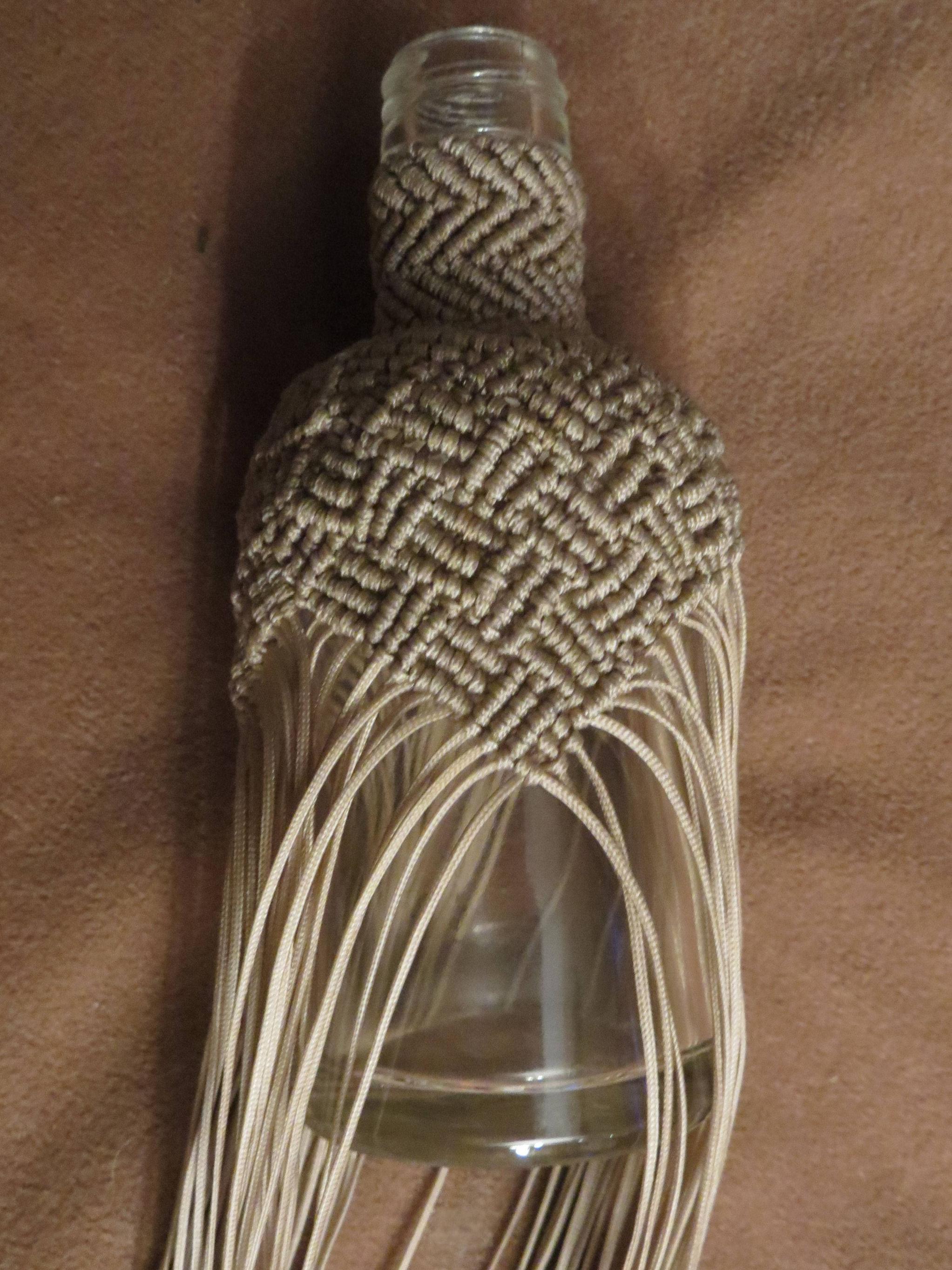 This is a bottle being covered, work I often do while traveling, in trains as well as while showing off the work.
This photo was taken at home, in the Netherlands, 15 March 2017 The bottle is about 10 cm/4" high.