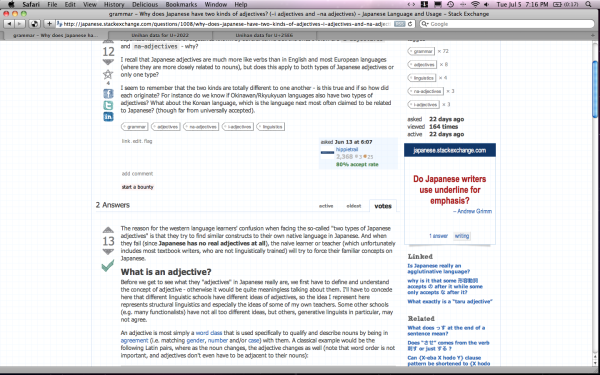 I'm not sure what the "secret sauce" of cross-site advertising is, but it seems to be non-random - I see far more ads for certain Stack Exchanges than for others.

Of course, this shouldn't be over-done - only seeing travel questions advertised when you're at a L&U site might become wearisome after a while.

We've talked about much smarter cross-site advertisement, that factors in...

... but we have yet to get there. As the network grows I am sure the logic of "which house ad is shown on which site?" will become far more sophisticated and hopefully smarter.

Not the answer you're looking for? Browse other questions tagged feature-request stackexchange .

4
Is it necessary to migrate questions that are in scope for travel but also within scope of other StackExchange sites?
8
Promoting Travel-SE activities -- community ads
2
Can visa related questions can be re-asked after minimum time lapse?
8
Enough already with [travel]? Time to get it block-listed?