June 2016 will mark the 5th anniversary of the TSE site, to mark the occasion we can run a "Bounty Bonanza". This is a month long event where bounties are offered at an unprecedented level! Regular users will swarm over the site looking to run the maximum number of permitted bounties for the entire month. 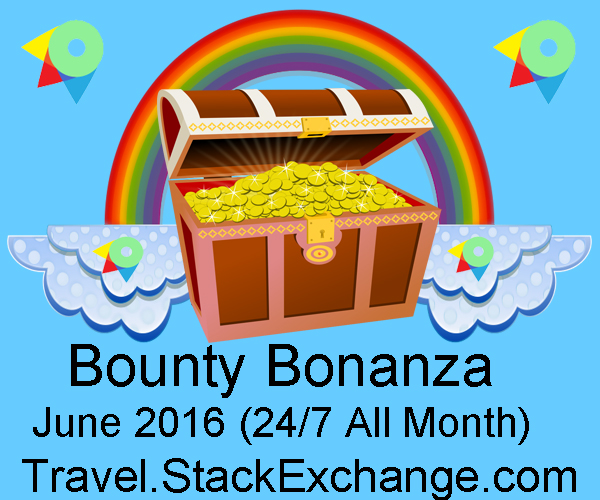 There's something for everybody. The other leg to having a successful event is for those with less rep to flood the site with great questions. The event takes place for the whole month of June, but question makers get a week's head start so that there's a wave of questions ready to be bountied on 1 June.

It should be a jolly hoot, and may attract lots of newcomers from the other StackExchange sites.

Before pushing the boat out however, we need to gauge the level of commitment, hence this question. There should be a single reply to this question which everyone edits to include their own commitment.

Edit the answer so that there's two lists, one for bounty offerers and one for question makers.

Bounty offerers (total bounty amount to be offered for the month)

For those offering new and wonderful questions, the time to start uploading them starts in about 24 hours! That would be 30 May 2016, so that they can be bountied on 1 June.

Not the answer you're looking for? Browse other questions tagged discussion fun events .