Thank you very much for your feedback last time. I'm sorry it took a long time to put this together, and I'm happy to finally present to the community round 2 of the design concept for Travel SE.

The new design kept some elements from the previous version, but the overall identity is aimed towards a different direction. We have plans to promote the site in the future, so I feel a more unique branding is needed. With that in mind, I drew inspiration for the overall aesthetics of the site from timeless signage and modern travel app UIs.

I think we all liked the ubiquitous push pin in the last logo. I felt it needed to be more unique so it can stand on its own when used outside of the site on promotional materials. I wanted it to express the excitement and freedom when traveling. I went with the concept of using 3 overlapping pins. The tails point towards different directions. The final shape and colors exude playfulness and vibrancy. 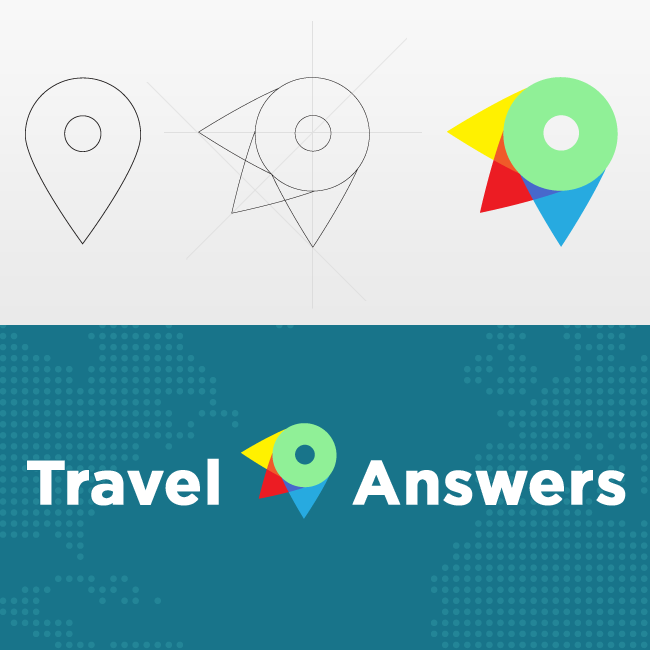 I believe this logo works very well in other mediums: 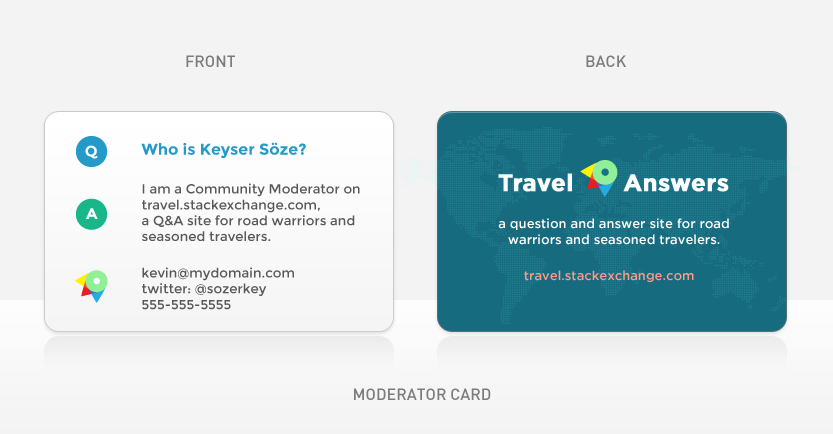 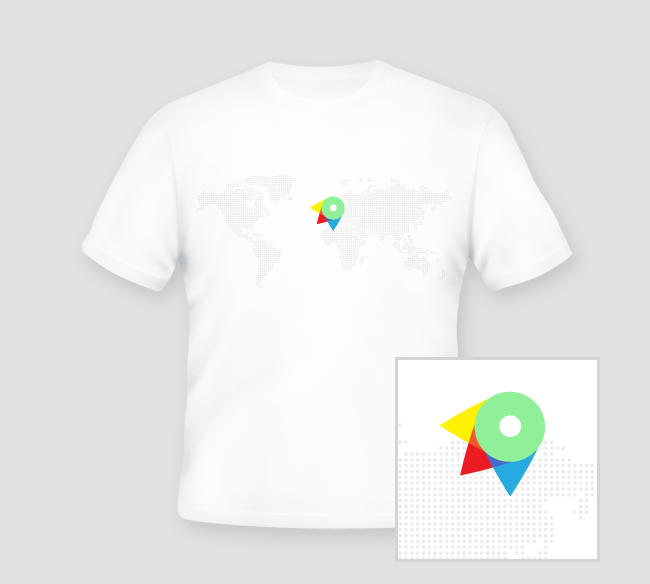 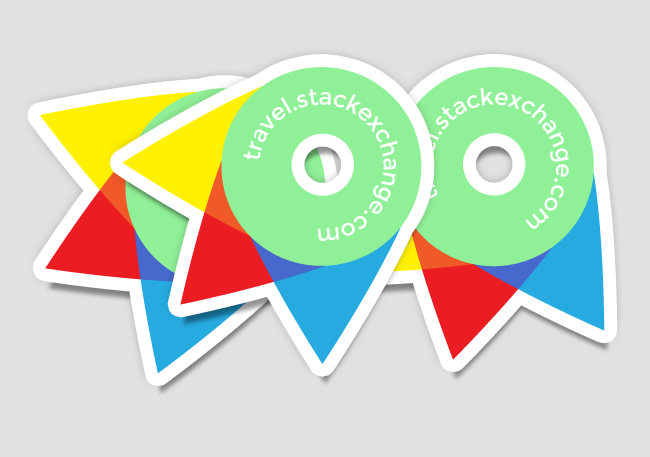 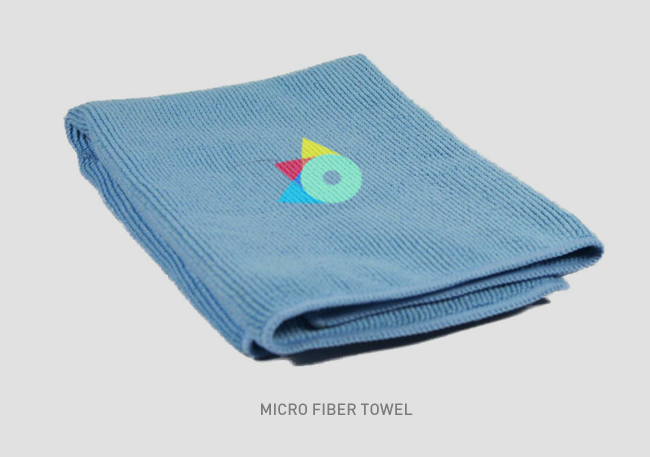 I thought you guys were kidding when you mentioned towel last time, but now I realize you were serious :) Note: this is a mockup of a towel, the actual towel we'll send out later for top user swag may look different.

Please click on the images below to view in full resolution.

For the site design, many actionable UI elements draw inspiration from signage found in airports, bus and train stations. I wanted to keep the overall look and feel clean and simple. I kept the world map as the backdrop of the site, signifying international travel. I feel this dotted version of the map fits the other elements better. 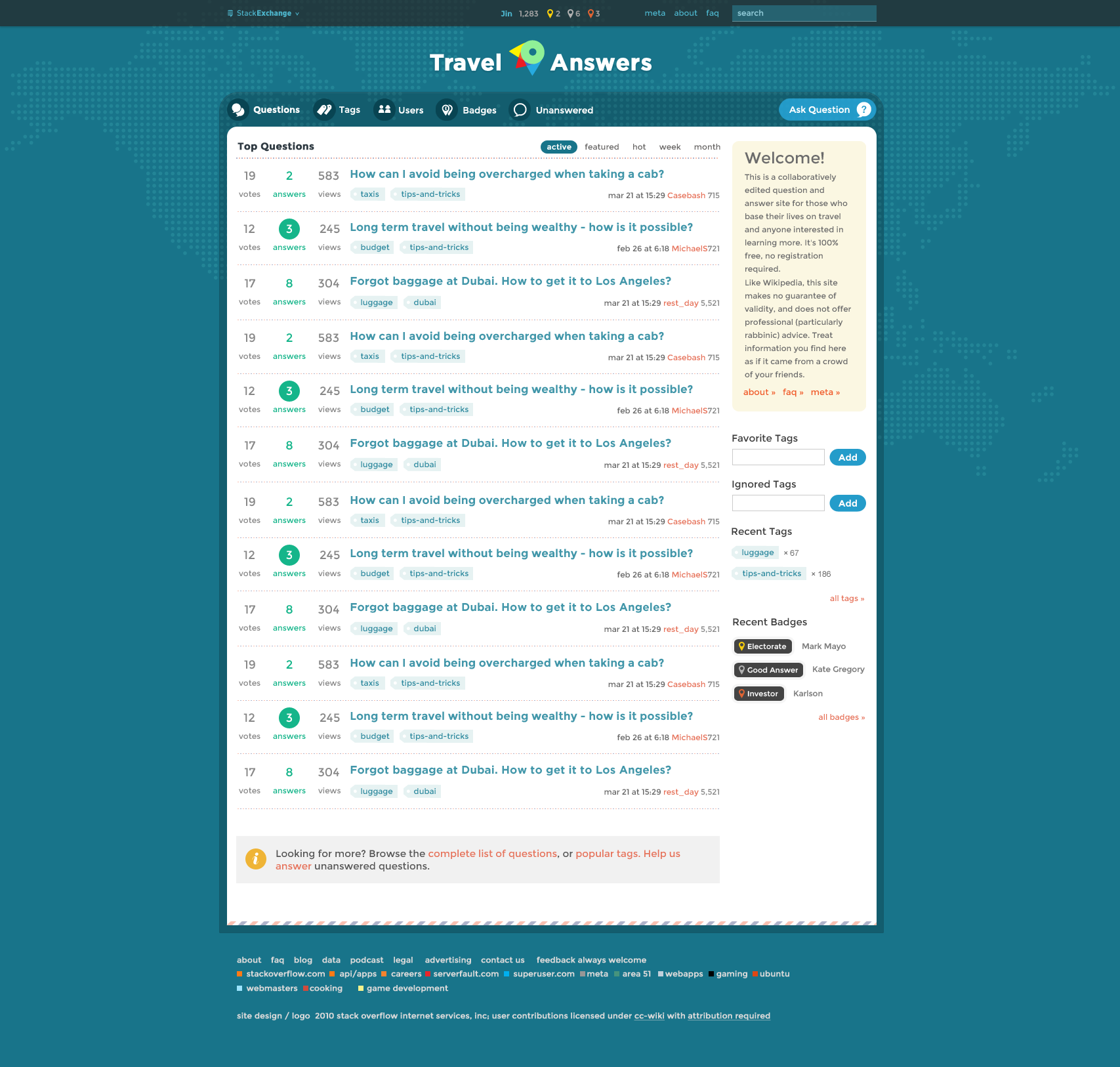 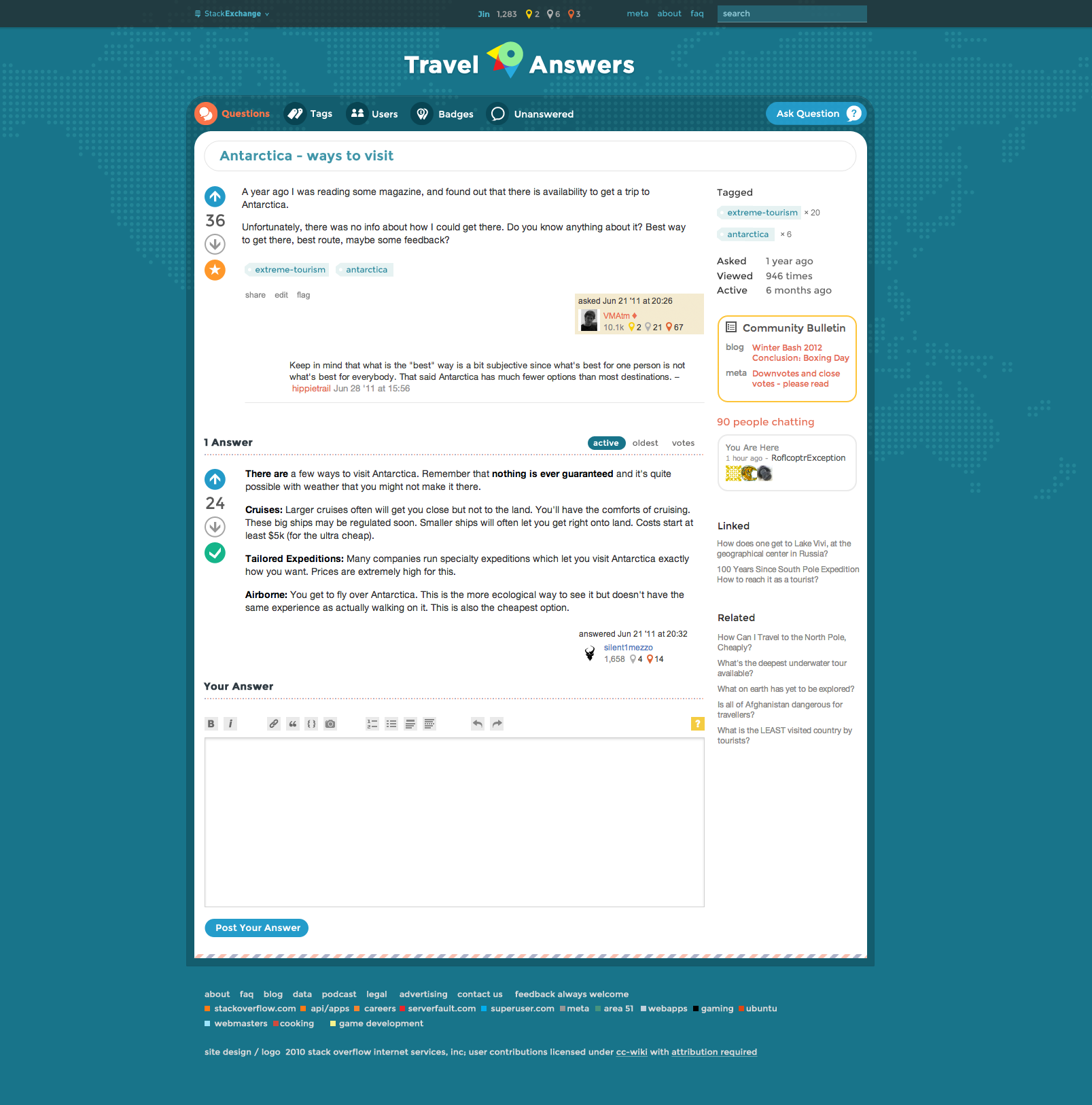 The mockups above do not contain all the site elements, but they should give you a good idea of the overall look and feel of the site design. I look forward to your feedback. If there are no major design changes, I'd like to launch the site next week. Thank you so much for your patience!

I'm not sure the

logo is growing on me yet, to be honest. The more I look at it I see:

I don't like the T-shirt with the little logo right in the middle.

But I do quite like the towel for some reason! Maybe it reminds me just a little bit of the old Commodore Computers logo:

Am I the only one who keeps seeing a duck?

Don't get me wrong - it's neat, but its like that image of the old hag and the beautiful woman. When I look at different parts, I see:

Please avoid situations where a map of the world only shows the northern hemisphere, especially in the context of travel. If constrained by size I would recommend zooming out further and allowing the pattern to repeat horizontally. Besides being overly hyperboreanist it's not immediately obvious that it's a map of the world. I do like its style though!

Personally, I don't understand the logo. It does not explain what this site for.

For the logo placement in the T-Shirt, the logo is blocking UK and France. Ideally, the logo should be put in the empty area ( in the ocean ). Alternatively you can move the world a bit to the right.

For the color and other aspect of the design, I don't have any comment - they are good.

Overall, I like it. The logo is growing on me, although I do think it very unlikely that people will 'get' the symbolism of 3 push pins without it being explained to them. I think because the triangles aren't contiguous with the circle, so they're like separate objects - and almost appear as tails. In some ways I wonder if making them in the S,SE, and E directions wouldn't be cooler, as SE = stackexchange, but that's just me. I'm no designer.

I was wondering about the CSS options. Like the up-down vote buttons - whether they could be unique, like a plane-taking off or just different colored plane buttons: 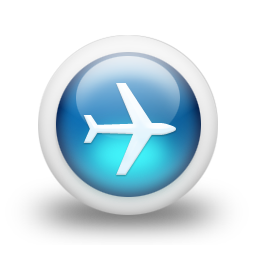 But again I'm just spouting here. If it's at all possible to change the CSS to have flag flair for users/countries, I think that'd be awesome.

I also liked the occasional little extra element in the previous design, like the plane flying around, or the passport stamp - but possibly that's in the elements you mentioned that may come later. The map could also be slightly brighter IMHO, I almost didn't notice it at first.

One thing I'd like on all SE sites is to make the FAQ more visible, or have it load the first time someone asks or answers a question. I might even suggest that on meta. The number of times I've had to write "welcome to SE, you're doing it wrong" (but more politely, of course)...and they just haven't seen the FAQ.

So anyway, colors = good, logo = growing on me, clean fresh image = great, looking forward to launch, and it would be great if blog.stackoverflow.com could perhaps mention our launch? :D

I actually quite like this a lot. This design seems to have taken the feedback from the previous iteration on-board and has more rounded corners for UI elements, which gels nicely with the rounded push-pins. And i like the airmail envelope border too!

The red/orange links in posts (example) don't look too good to my eye. (Admittedly this may be due to my Wikipedia past; red implies the target is missing.)

Something closer to the main colour theme (blueish/greenish) might work better?

Sorry if this comes late. (The mockups didn't include any posts with links though!)

Not the answer you're looking for? Browse other questions tagged discussion design .

3
Does the logo intentionally resemble a bird head?
1
Travel SE Logo / Graphic
21
Design for Travel Stack Exchange
8
Alternative ideas for a logo for the graduated site
3
What is the logo?
1
Can the travel icon be changed to have only one single point

12
What should our SE site logo be?
8
Help design our first-draft FAQ
5
What should our SE theme / background / look & feel be?
21
Design for Travel Stack Exchange
12
Repeated Travel.SE design update request please?
10
Updates to the site